Synopsis: Treasure tells two irrevocably intertwined stories; a metal detectorist’s tenacious search through the Shropshire Marches for gold, and a community led by a mother whose precious sacrifice provides a connection through the ages.

About the Filmmaker: Samantha Moore is an award winning animated documentary maker. She loves the joyfulness and eclectic nature of animation. Sam has made work on diverse subjects, from competitive sweet-pea growing, to cutting edge microbiology, and her own experience of having twins. Her previous film Bloomers (2019) won several awards including ‘Best British Film’ at London International Animation Festival and was nominated for a British Animation Award. 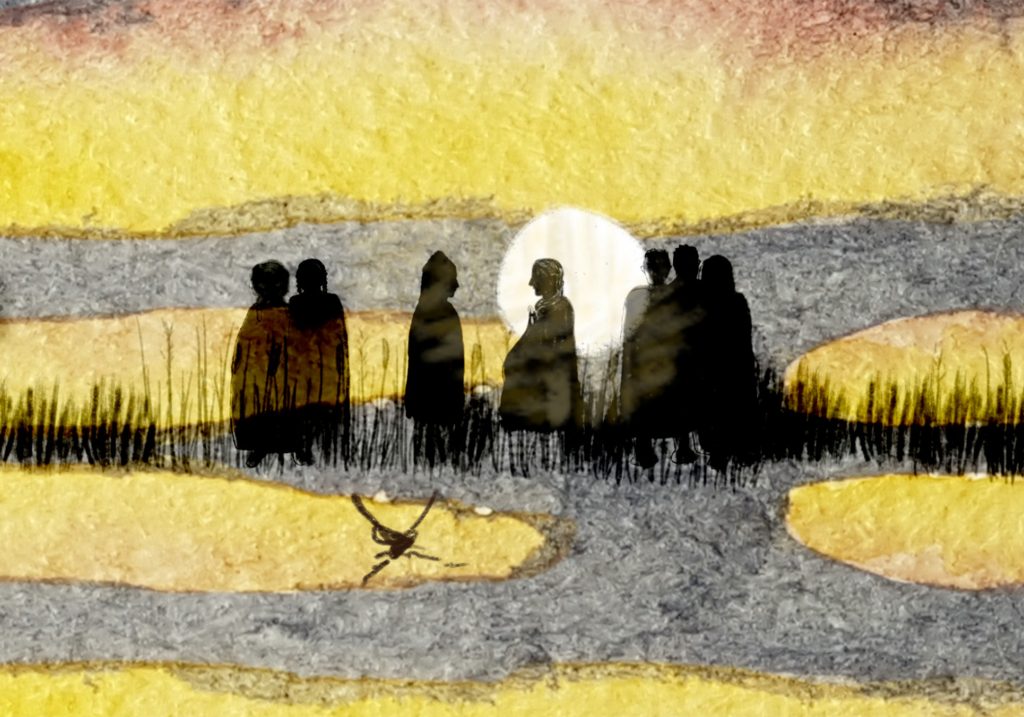