Synopsis: Dreading another predictable evening with his wife’s friends, a self centred, feckless thirty-something plots cruel tricks to send them home early. But as the night wears on and they don’t show up he is forced to confront some painful home truths.

About the Filmmaker: Simon Neal is a BAFTA nominated director of TV drama, comedy and commercials. He directed the BAFTA-winning sitcom Chewing Gum for E4 & Netflix, with further TV credits including Doughnuts and the acclaimed comedy drama Youngers. His short film Washdays won Best Film at Rushes Soho Shorts, Special Jury prize at Austin and was nominated for a British Independent Film Award. Rue Boy, a spoken word film in five parts, directed by Simon and co-written with rising star Calvin Demba, was broadcast by Channel 4 in their Random Acts strand and is currently in development as a series. 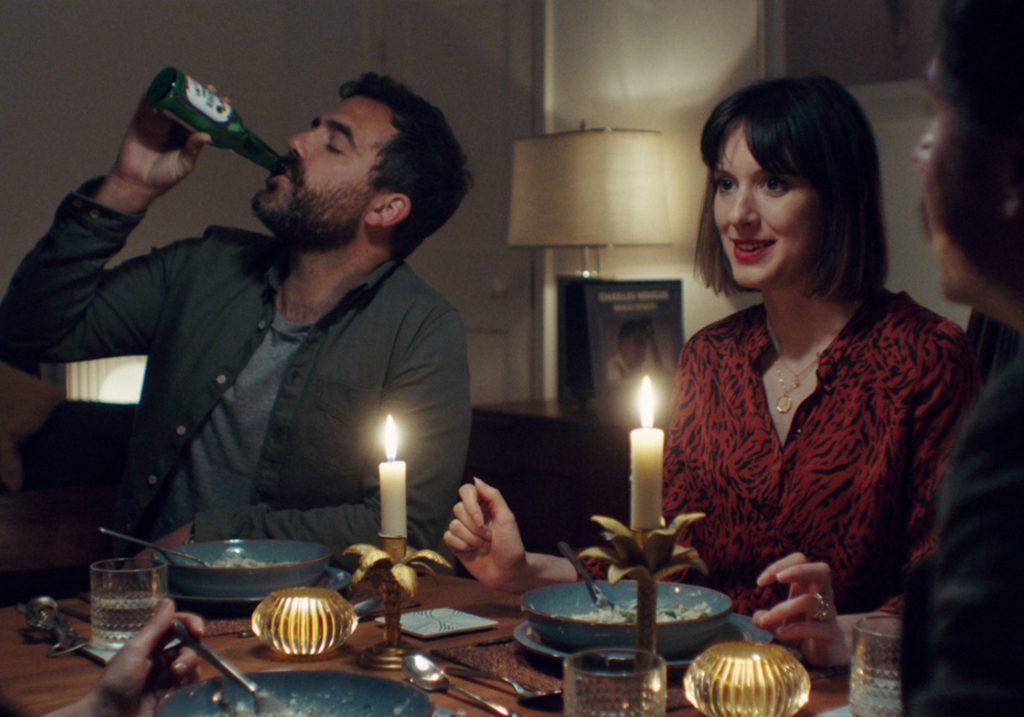