Synopsis: As an Individual Being in a world comprised of Merged Couples, Ren longs to find his other half and become complete.

About the Filmmaker: Lina Kalcheva is a Bulgarian animation director currently based in England. Her animation work uses combinations of different techniques across drawing, painting and stop-motion. Lina is interested in experimenting and mixing techniques, and her latest film Other Half combines plasticine, oil paint and model sets on a multiplane. Her films are inspired by mythology, nature, the occult, and human relationships. She has also done some design and art direction work for student video games. Lina has a BA in Art, Film and Theatre from the University of Reading (2017), an MA in Animation from the London College of Communication (2018) and she has just finished her MA in Directing Animation from the National Film and Television School (2021). 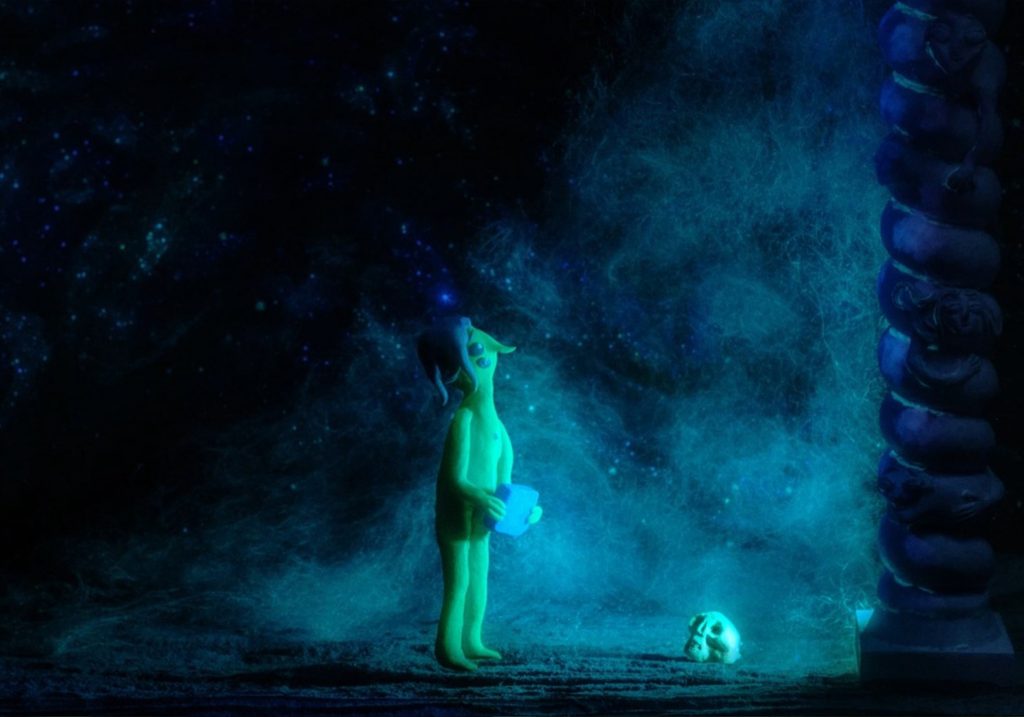