Synopsis: 59-year-old factory worker Beryl is totally obsessed with drawing, her fixation dominates the entire household. Apart from husband Ifor, Beryl’s model and muse, the whole family’s addicted to something – son Colin is a technical geek and sister Beverly’s a fanatically narcissistic, taxidermist. Apparently obsession is in the family’s DNA.

About the Filmmaker: British animation director Joanna Quinn is a highly acclaimed and major figure in World Animation. She is renowned internationally for her unique drawing skills, wonderful characterisations and her humour. Joanna’s films and commercials have won many awards including 4 BAFTA’s, 3 Emmy’s and 2 Oscar nominations. She has received Honorary Fellowships and Doctorates at four UK Universities including the Royal College of Art in London and was awarded the International Animation Laureate for 2014. 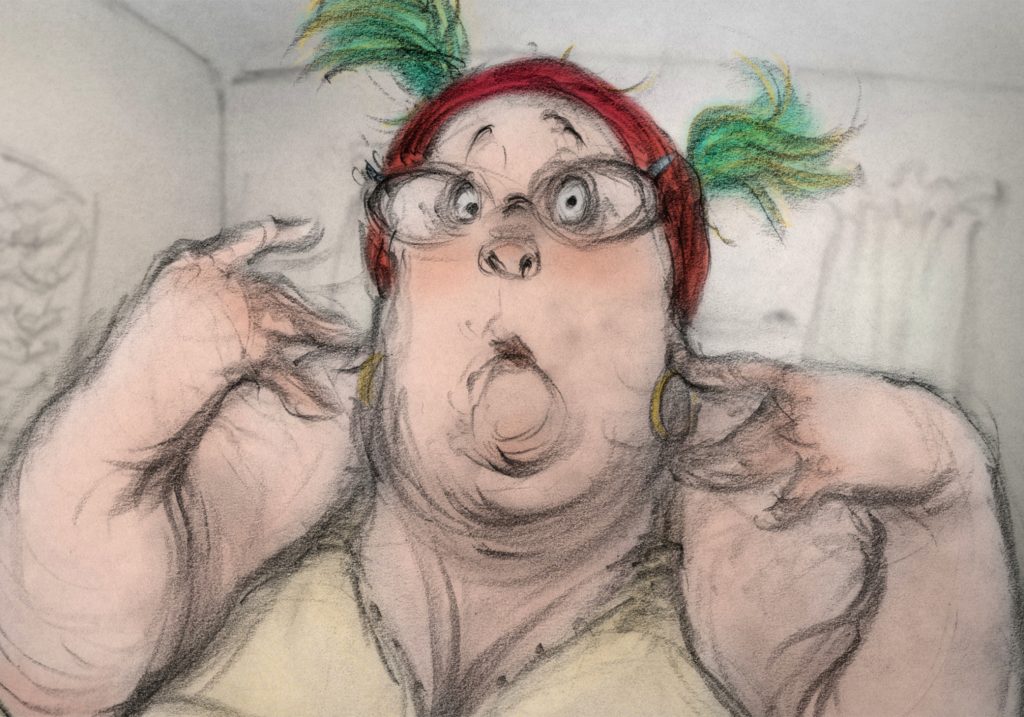