Synopsis: The caretaker exhausted by everything, his frustrated wife and one totally depressed deer. Their mutual despair leads them to absurd events, because… sh*t happens all the time.

About the Directors: Michaela Mihályi (1991, Slovakia) currently studies animation at FAMU in Prague, where she lives as well. She likes to tell stories in various techniques, from hand-drawn, cut-out to puppet animation. Besides school work, she works as a freelance animator and illustrator. She has a dog called Ela and loves beer and coffee equally.

David Štumpf (1991, Slovakia) finished his BA studies at at VŠMU in Bratislava with the film Cowboyland that has been selected for festivals like Annecy, ITFS Stuttgart or Hiroshima Animation festival and it has won several award home and internationally. The film has formed part of the screening programme Visegrad New Talents and it has been distributed as a pre-show in cinemas in Slovakia and in the Czech Republic. David is now living in Prague where he studies an MA degree at FAMU. He also works as a freelance animator, illustrator and director. 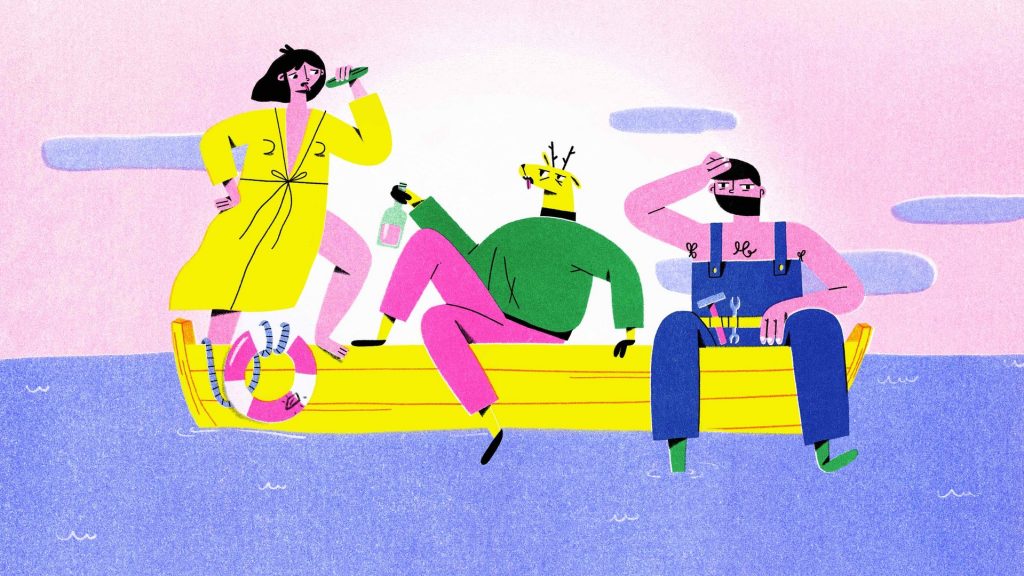