Synopsis: A homeless man wakes up and the pavement has grown over his legs. The worse people treat him the more he sinks into the ground. Only one person is sympathetic to his plight but will her empathy alone be enough to save him?

About the Director: Jason began making films whilst working as a stand up comic in 1998 and making Super 8 silent films. After this he enrolled on a filmmaking course and won the Exposures
Student Film Festival ‘Best Animated Short’ award in 2000 with his film ‘A Star is Born’ and later won ‘Best Drama’ and the Audience Award at the same festival in 2002. This cemented his love of filmmaking and passion to pick up a camera. Working with stand up comedians as performers, Jason quickly developed a style of shooting which allowed comedians the space to be creative in front of the camera.

Fast forward to 2018 and Eaten By Lions, which screened at Norwich Film Festival 2018, is Jason’s second feature film. His first feature ‘In Another Life’ won Best UK Feature at Raindance 2017 and picked up the BIFA Discovery award (British Independent Film Award). 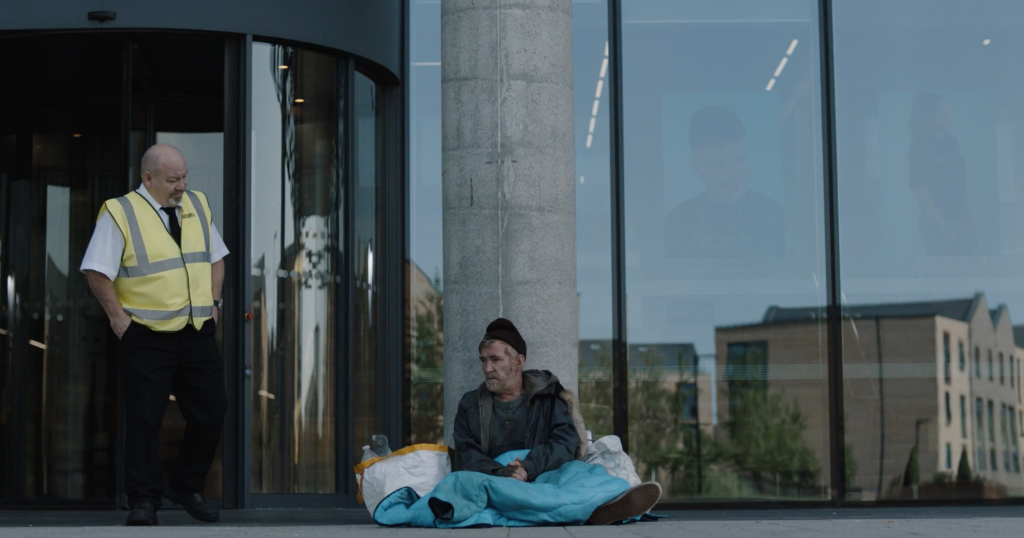