Synopsis: Haunted by the ghost of war, a stoic Syrian Barber is trying to build a home for himself and his family on a remote Scottish island. He must find a way to survive this new unfamiliar life and protect the memory of Syria for his young children.

About the Director: Laura Wadha is a half Scottish/ half Syrian documentary filmmaker who graduated from the National Film and Television School in 2020. She strives to tell stories about people in a sensitive way and makes films which build into an emotional and psychological journey.

In 2015, Syrians were being relocated by the UN across Scotland. After hearing that some families were homed on the remote Isle of Bute, Laura decided to go and meet them. This is where she met Mounzer, the owner of a Syrian barbershop on the island. He welcomed her into his life and she began to make a film about him and his young children. 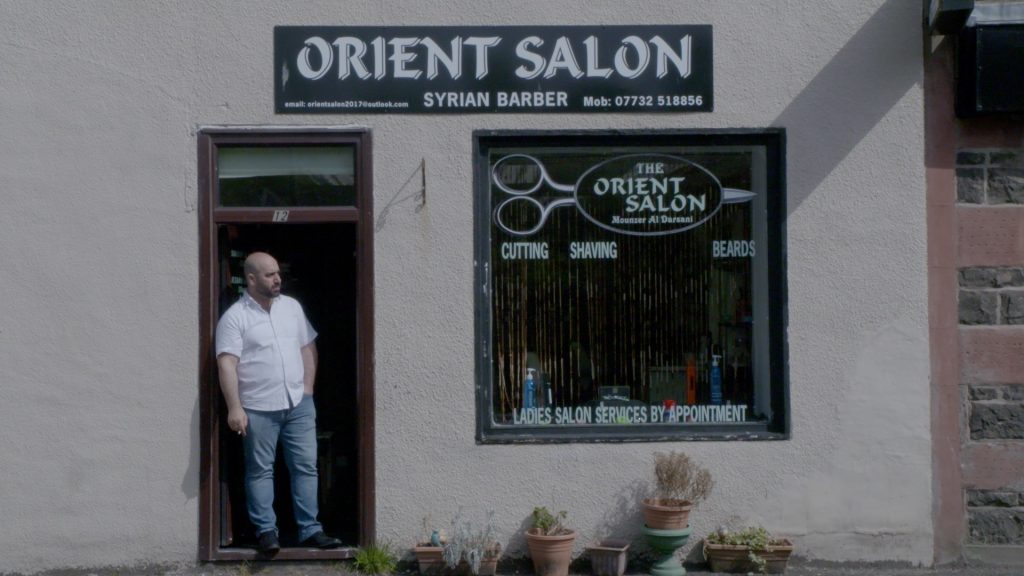