Synopsis: After the sale of the family flat, live-in maid Maria finds herself homeless and stranded. Making the most of a desperate situation, she decides to declare the broom cupboard, located on the same floor as her former flat, her new home. Her neighbours however are everything but pleased by this solution. They start to see the elderly maid as an intrusion into their lives, devaluing their properties, stealing their doormats, and can’t help but wonder how they could get rid of her. Inspired by real events.

About the Director: Larisa Faber was born in Romania and raised in Luxembourg. She holds a BA (Hons) in Film Studies from Kingston University London and an MA Acting from Drama Centre London. Her acting work spans film, theatre and TV across Europe in five languages. Screen credits include Bad Banks seasons 1 & 2 for arte/ZDF, Angelo by Markus Schleinzer and The Beast in the Jungle by Clara van Gool. Theatre credits include All New People for Les Théâtres de la Ville de Luxembourg, Oncle Vania for Théâtre du Centaure and Olga’s Room for the Arcola Theatre, London. She writes and directs for the stage and screen. Her first play, Disko Dementia, was produced in 2018 in Luxembourg City to critical acclaim. Her play stark bollock naked is published by Black Fountain Press. She is currently on commission to the Badisches Staatstheater Karlsruhe, Germany. 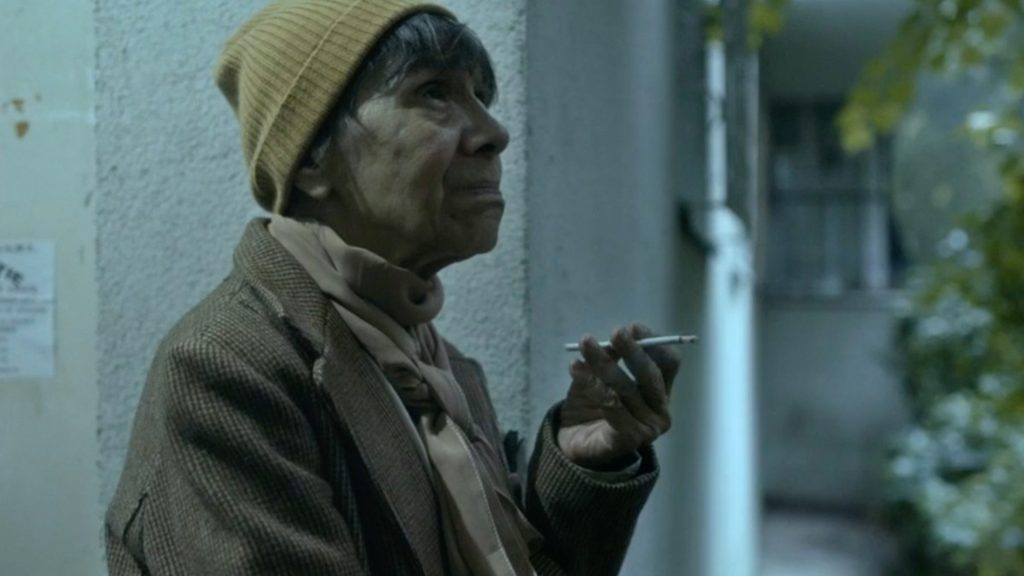