Synopsis: Tommy, an out of work building contractor, faces up to the consequences when a series of phone calls expose a lie that spirals out of control. With his family in danger and everything he knows rapidly unravelling around him, he must make the toughest decision of his life. Set entirely within the claustrophobic confines of a parked car, HOLD brings an atmospheric and tense twist on a familiar genre.

About the Director: Born in the northern English steel town of Scunthorpe, Jonathan’s love of film began as a child with frequent trips to the towns now demolished Majestic cinema and late night viewings of cult films on TV. Following a degree in film studies, a load of runner jobs on larger films, Jonathan ended up working in television on documentaries. He cut his fiction teeth as a producer on the UK Film Council Digital Shorts scheme with the award-winning BRO (2010, Dir. Chris Dundon) and moved into directing in 2018 with the self-funded short thriller BRINK. His follow up short film HOLD, backed by the Prince’s Trust was completed in 2020. 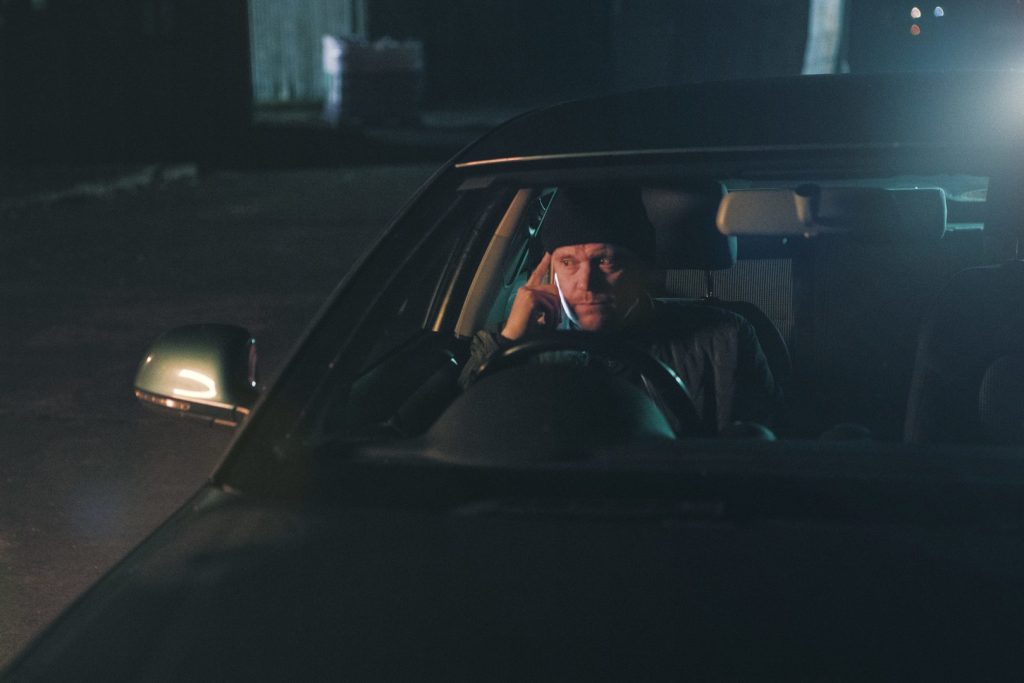