Synopsis: Under Paris’ glittering Eiffel Tower, undocumented Senegalese migrants sell miniature souvenirs of the monument, to support their families back home. Far from their loved ones and hounded by the police, each day is a struggle through darkness in the City of Lights.

About the Director: Tal Amiran is a multi award winning documentary filmmaker and editor based in London, UK.
His first short documentary Seven Days a Week (2016) was screened at 27 festivals including AFI DOCS and Big Sky Documentary Film festival, winning 7 awards including Best London Short at the London Short Film Festival. It was described by director / critic Mark Cousins as “classical, moving and profound”.

Tal’s short documentaries have been showcased by Vimeo Staff Picks, Filmmaker Magazine and Nowness, and have been acquired by the BFI National Archive.

Tal is also a lecturer on the Film and Moving Image BA at Norwich University of the Arts, UK. 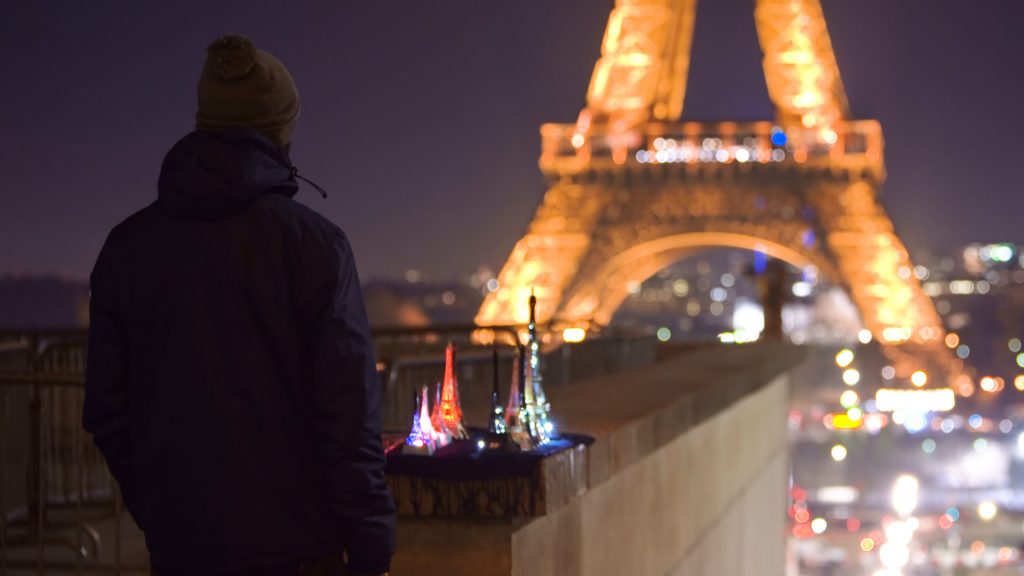