Synopsis: Manikin is a cubical shaped figure who lives in a very straight, desolate world. Compulsively, he tries to even out all bumps in order to keep his world flat, straight and pure. When he discovers an enormous gap, he finds himself confronted with the impossible task of filling it up. On top of that, he must deal with the arrival of a red round ball, who risks completely messing up his ideal of a perfect straight world.

About the Director: Patrick Vandebroeck studied animation at the RITCS in Brussels, graduating in 1994. After his studies, he started directing for a famous animation studio in Brussels, using stop-motion, drawing techniques, 3D animation and special effects. Since 2000, Patrick has directed films for international corporations, which has nurtured his talent for storytelling. His own creative projects have earnt him awards from festivals worldwide, including Paris, Cannes and Los Angeles. 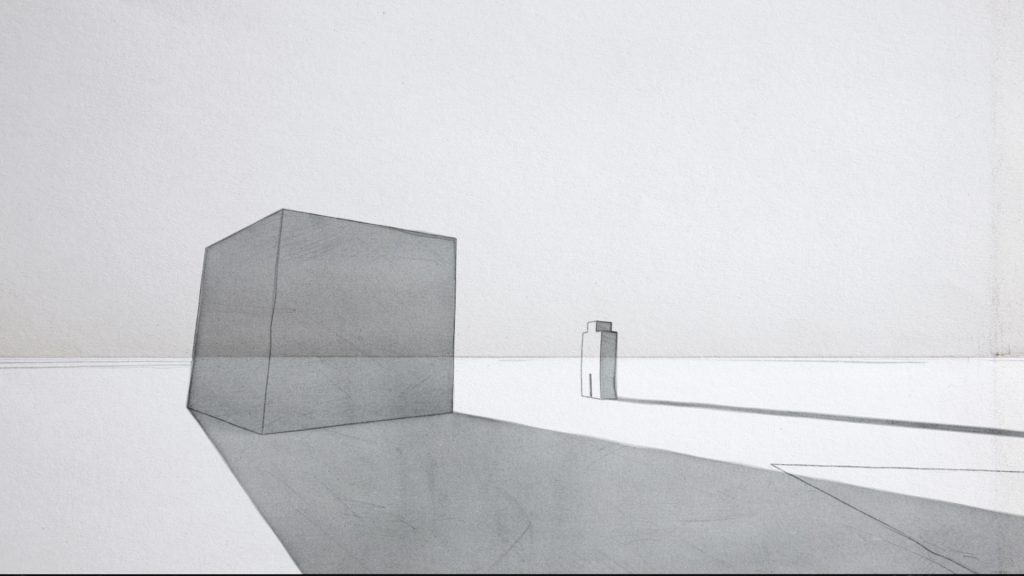