Synopsis: A bitter aristocrat, named Duke, finds himself with unwanted company when he unexpectedly vomits up his own doppelganger. Instead of accepting his new counterpart’s offer of friendship, Duke chooses to remain selfish and to indulge his dark side. This might be a decision he comes to regret, as by taking this decision, the aristocrat inadvertently dooms himself to a cycle of self-loathing. That Makes Two of Us is a dark, revolving tale of self-love, self-loathing, cake and death.

About the Director: Tim Hawkins is an editor and motion graphics designer based in Cardiff and London, with a decade’s worth of post-production experience under his belt. He specialises in creating commercials and music videos, but has also worked on feature films and documentaries. He enjoys directing and producing creative projects for corporate clients and viral campaigns, as well as pursuing his own creative projects. That Makes Two of Us was Tim’s graduation film for his Master’s Degree in Animation Production from the University of South Wales. 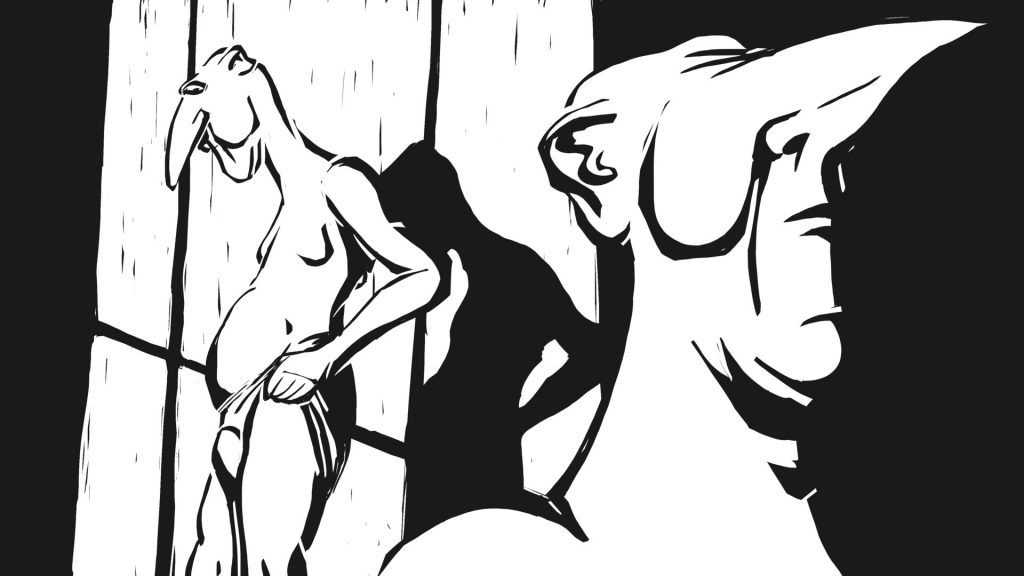