Synopsis: Swiped follows Jordan and his friends Ryan and Talia, who live on a London estate. Alarmed by the effect that smartphones seem to be having on those around them, they decide to launch an initiative called ‘Swiped’. This initiative requires the trio to spend their time riding their mopeds around the estate and stealing every phone in sight – all for the noble purpose of making people more ‘present’. The film parodies real crime documentaries, whilst simultaneously shining a comedic light on a current and controversial subject matter.

About the Director: Steve Whiteley is an actor, character comedian and filmmaker. He launched his YouTube channel ‘OffkeyWorld’ in 2014, which was nominated for ‘Best Internet Programme’ at the British Comedy Awards. His sketches and music videos have been featured in Buzzfeed, The Huffington Post, The Metro and more. His 2017 Edinburgh Fringe show ‘Wisebowm: The Struggle Is Real’, received 5 star reviews and was one of Scroobius Pip’s ‘Top 6 picks of the Fringe’ – it was then commissioned as a BBC Radio 4 sitcom pilot for broadcast in Summer 2019. 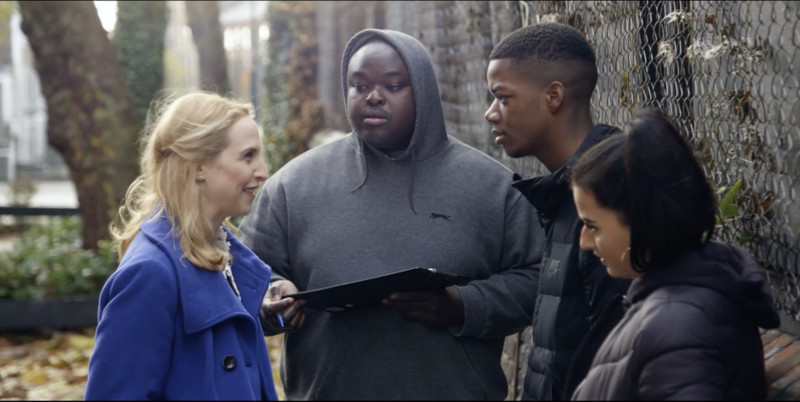