Synopsis: It’s the year 2062, and in futuristic Neo Berlin, cyberspace has made romantic love obsolete. Complete emotional satisfaction can now be achieved online, but to ensure that people continue to procreate, free robots are offered to all parents to help with childcare. One rainy night, nine-year-old Tina and her guardian robot, SAM-53, set off on a quest that asks whether love is still necessary in the real world. Robot Will Protect You is a short sci-fi animation about a little girl’s search for meaning in a world without emotions.

About the Director: Nicola Piovesan graduated from Bologna University in 2004 with a degree in Cinema, and since then, he has won more than 70 awards in hundreds of festivals worldwide for his short films, animations, documentaries and music videos. He’s also a teacher of Cinema, and taught for 3 years in a high school near Milan and for a semester at the Baltic Film School in Tallinn. Since 2013 he lives in Estonia, working as a freelancer with many customers worldwide. Robot Will Protect You is a self-contained spin-off of his previous work, Attack of the Cyber Octopuses. 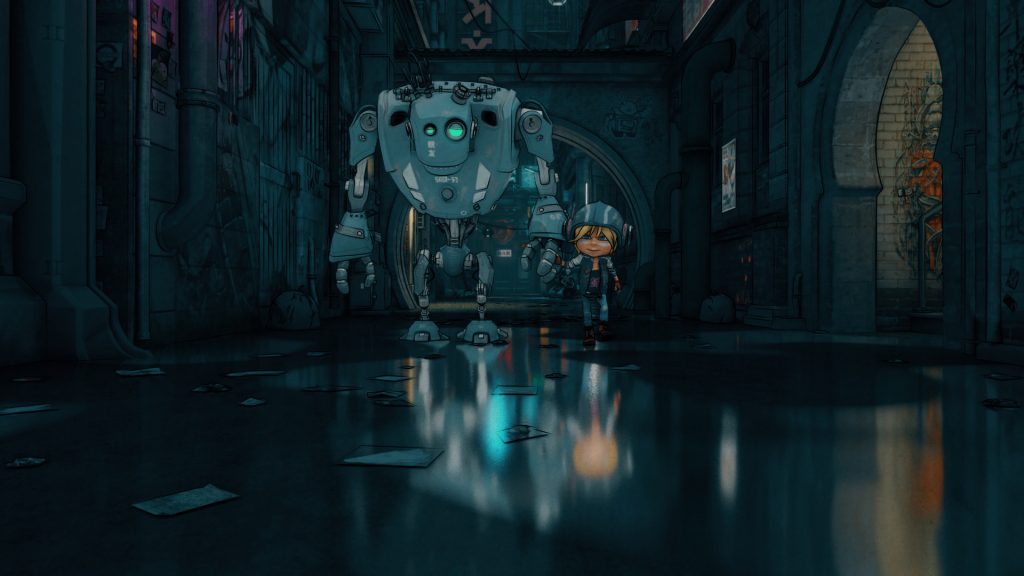