Synopsis: In a gloomy city square, a talented artist struggles to make a living through his chalk drawings. He finds himself unable to captivate the bustling businessmen and women around him, who barely give him or his work a passing glance. With no money coming in, his motivation to pursue his passion begins to dwindle, until he forms an unlikely friendship with a pigeon who appears inspired by his work.

About the Director: Anye Chen recently graduated from the Arts University Bournemouth with First Class honours. She currently works as a layout artist for the production company ‘Brown Bag Films’, based in Manchester. She specialises in visual development and backgrounds, but is passionate about storytelling in its many forms. Nine Coo Five was Anye’s graduate film. 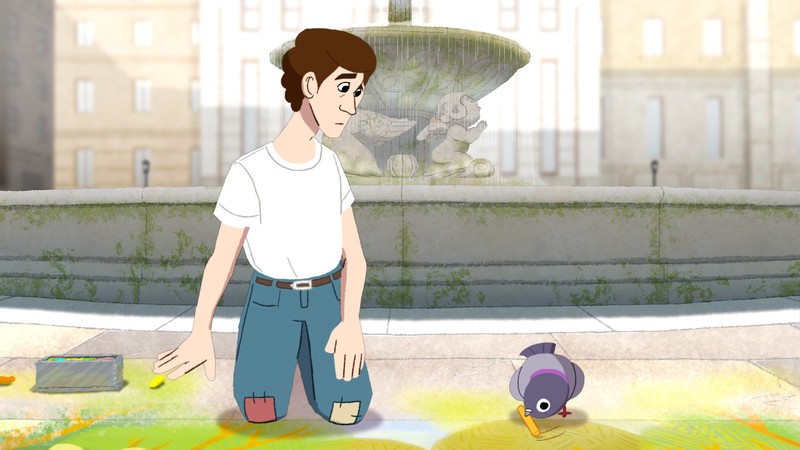