Synopsis: Antonia, a good-for-nothing teen, lives in Brockworth, Gloucestershire – a town famed for ‘The Cheese Roll’: an extremely dangerous race held annually for centuries on the treacherous Cooper’s Hill, which overlooks the town. Her brother is the current reigning champion, but when he is called up for service overseas, Antonia views his absence as the perfect opportunity to get involved with the tradition that the men in her family have dominated for generations. The only problem standing in Antonia’s way is her mother, Fiona, who will stop at nothing to prevent Antonia from participating.

About the Director: After graduating in Film Production from the University of the Creative Arts, Farnham, Chris started working for the production company ‘Smuggler’, where he directed adverts for BBC Earth and BT Sport. He also pursues his own short film projects, which have screened at numerous international and BAFTA-qualifying film festivals across the globe, and have earnt a selection of awards. You can find Chris chasing storms in Tornado Alley, running after Cheese in Gloucestershire, or just having a cup of coffee while working towards his first feature film in East London. 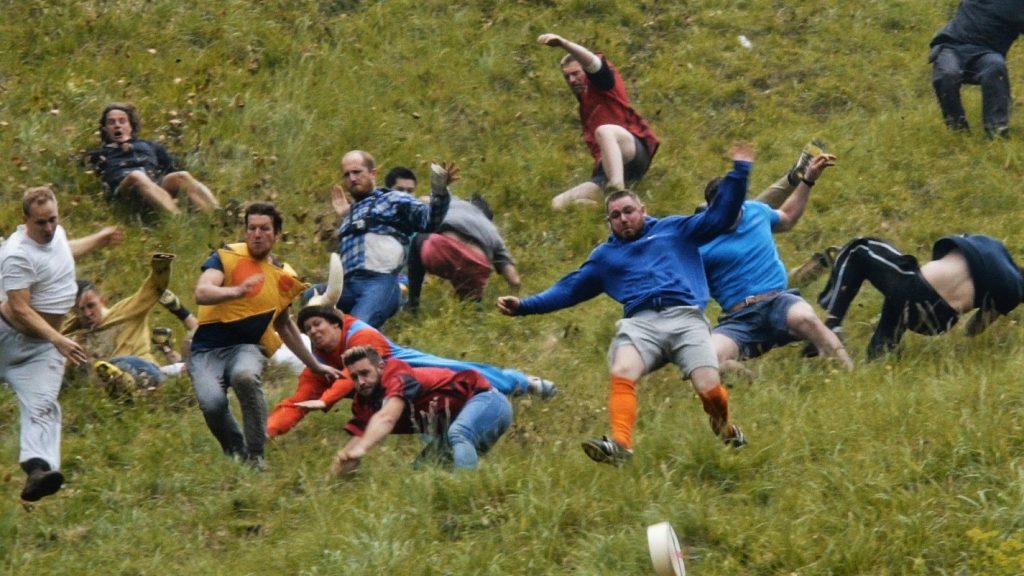