Synopsis: Three pensioners who live as subtenants on tiny pensions find themselves wanting to escape the sadness and mundanity of their everyday lives in old-age and poverty. They relish the thought that they could experience one last adrenalin-fuelled thrill during the twilight of their lives. With that motivation in mind, they set about commencing preparations for a big heist. Early Birds is a tragic comedy, a short film about poverty in old age, dignity and death.

About the Directors: Benjamin Kempf Siemens attended film school in Zurich, and shifted his focus to directing documentaries, commercial video and other films on completion of his degree. He moved to London in 2000, where he worked for the film production company ‘Rudolf and Ragnar’, and has worked as a director in Berlin since 2006. Swiss filmmaker Rainer Binz has directed documentaries and over 100 commercial videos – receiving numerous awards – and is based in Hamburg. Both directors also work on their own projects as part of the director’s collective ‘Reggie Pak’. 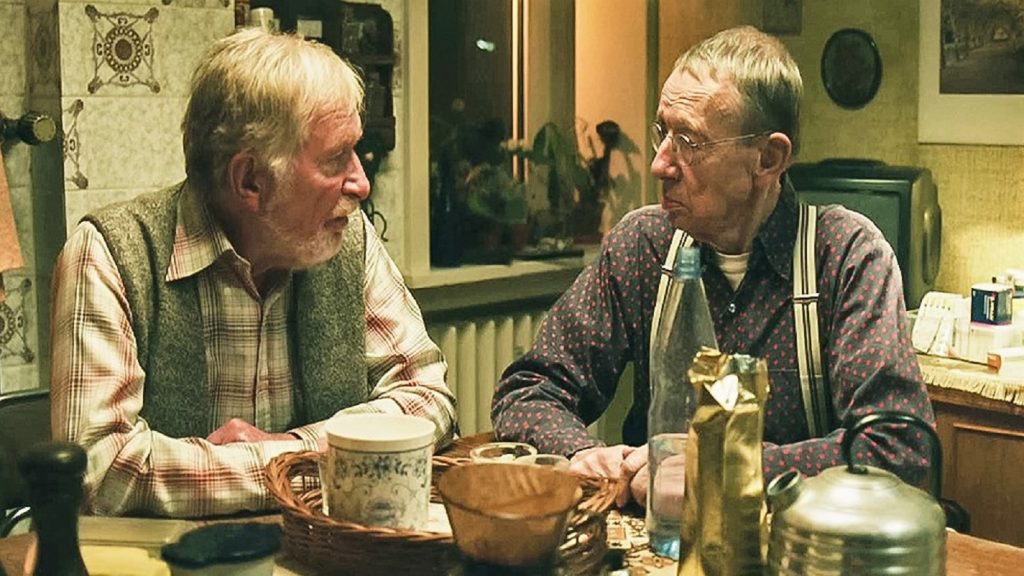