Synopsis: Daughter longs for her father’s love, but he will not show it. She hides her pain and closes herself inside her own imagination, where she imagines her father’s affection and relives the few precious moments where she truly felt loved. As an adult, devastating circumstances force the daughter to struggle against any resentment that she holds against her father, and to try to understand and forgive him before it is too late.

About the Director: Daria Kashcheeva studies Animation at FAMU in Prague. Her first film, To Accept, won the Nespresso Talents 2017 film competition in Cannes, and has screened in festivals worldwide. Daughter is her BA graduate film, and its production was supported by the Czech State Cinematography Fund. It is one of three films in the co-production project ‘Trojhlas’ (Three Voices), a trilogy of films that were made simultaneously at three different Czech art schools – all using puppets. 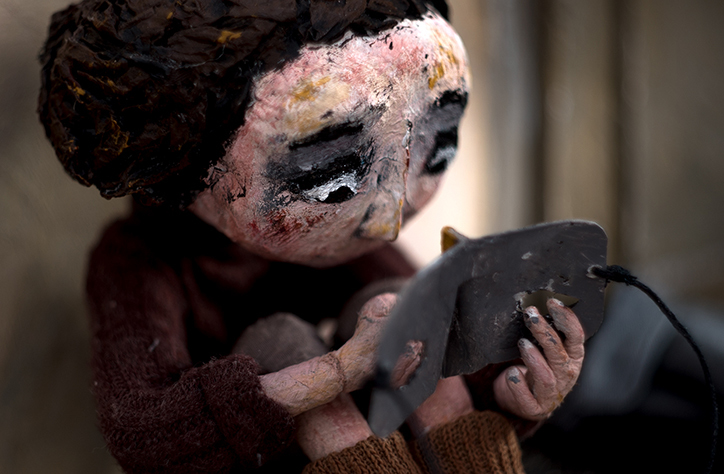