Synopsis: A desperate farmer does everything in his power to save his last cow, who seems intended for a bigger purpose. A mixed media one minute film, consisting of 2D animation integrated with a hand built tangible set.

About the makers: Cows Come Home was directed, animated and designed by Joe Sutherland, and Tim Bentley was the film’s lead compositor. The set was built by Abigail Fairhurst. All three worked on the Emmy-award winning Disney Junior TV series Vampirina, as well as the critically-acclaimed Nickelodeon series Nella the Princess Knight, which was nominated for the Outstanding Children’s Program award at the NAACP Image Awards in 2018. 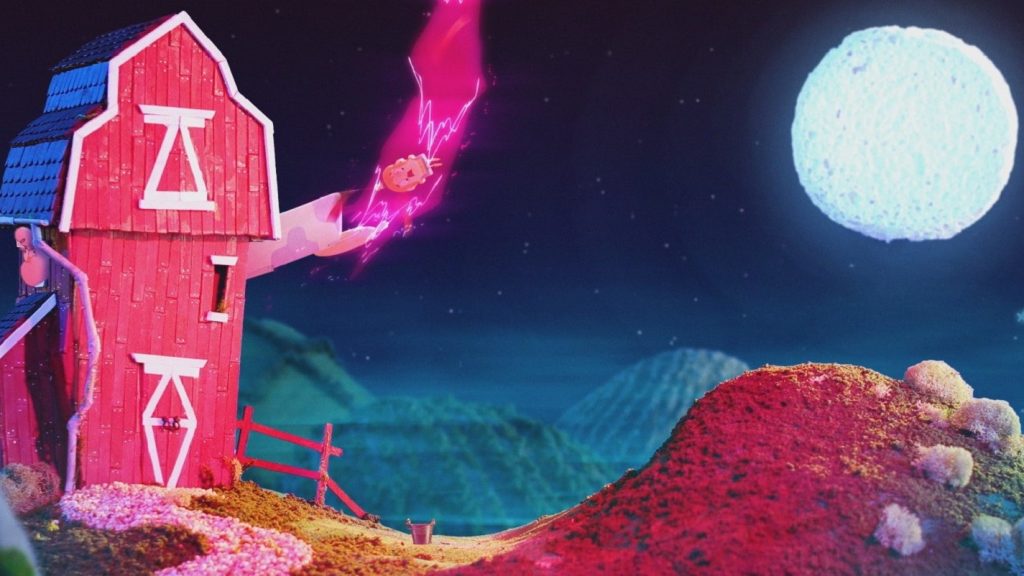