THE UNITED STATES is a mediation on  the rise of an authoritarian regime, seen  through  the eyes of 93-year-old Auschwitz survivor Renee Firestone and her daughter Klara, who now live in Los Angeles.  Sadly relevant to current events,  the film tells a piece of a largely unknown story of Nazi sympathizers in a time and place we never expected.

Ferne Pearlstein is a prizewinning cinematographer, a feature film editor, and a writer/director whose work has won numerous awards and been screened and broadcast around the world.  In 2003, Pearlstein‘s feature documentary Sumo East and West premiered at the Tribeca, Los Angeles, and Melbourne International Film Festivals. Her other director credits include Dita and the Family Business (PBS) with Josh Taylor, and her debut short Raising Nicholas, which premiered at the 2003 Sundance and San Francisco Gay and Lesbian Film Festivals. Pearlstein is one of only a handful of female cinematographers featured in Kodak’s long-running “On Film” ad campaign in the pages of American Cinematographer magazine. In 2004, she won the Excellence in Cinematography Prize at the Sundance Film Festival for her work on Imelda, a feature documentary about Imelda Marcos for which she lived and travelled with the former First Lady of the Philippines during her campaign for the presidency.

She was cinematographer on Academy Award winner Alex Gibney’s segment of Freakonomics; DP on three-time Academy Award nominee Deborah Dickson’s Ruthie and Connie (HBO); and DP on The Voice of the Prophet (Sundance, 2002) where she met her long time collaborator and husband Robert Edwards, who had hired her to shoot the film. They have been producing partners ever since. Pearlstein went on to co-produce and edit, as well as direct and shoot 2nd unit, Edwards’ first feature Land of the Blind, starring Ralph Fiennes and Donald Sutherland, which premiered at the 2006 Tribeca Film Festival.  Ferne was also a producer on Edwards’ feature One More Time (aka When I Live My Life Over) starring Christopher Walken and Amber Heard, which premiered at the 2015 Tribeca Film Festival. Her most recent film was the outstanding Documentary The Last Laugh which played at the Tribeca Film Festival and BFI London Film Festival in 2016. 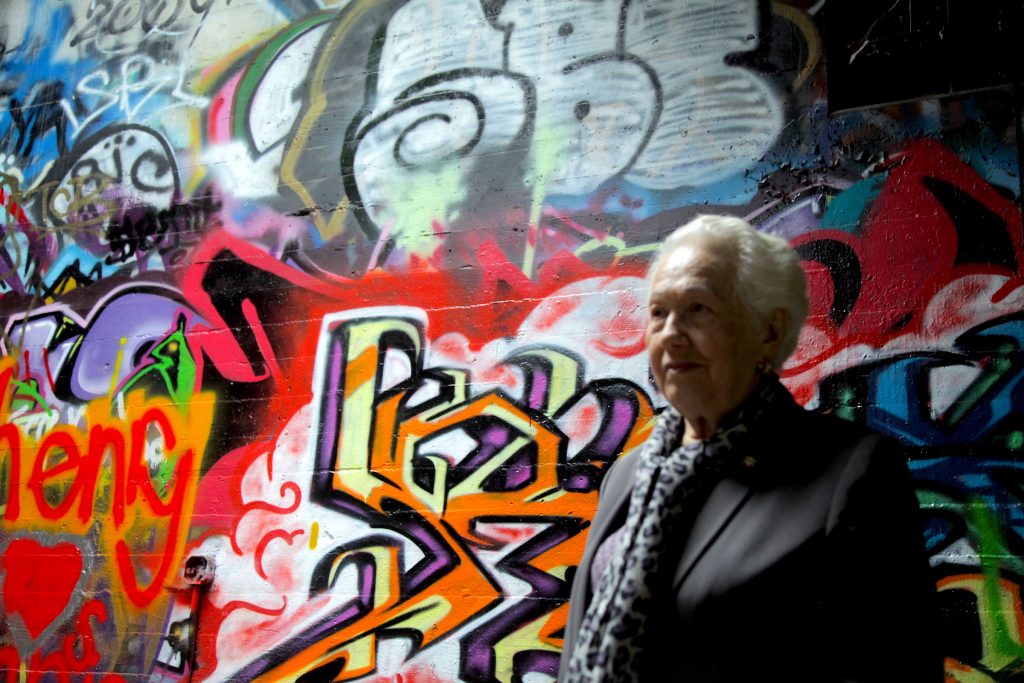