Michael is a charismatic and much-admired Rabbi at a Jerusalem Yeshiva. When his favourite student, Gadi, shares with him his innermost secrets, the Rabbi’s familiar, secure world is shaken to the core.

Born in Jerusalem, to a religious Orthodox family. As a child, he studied at a Yeshiva high school in Jerusalem.  Completed his studies at The Jerusalem Sam Spiegel Film School with honours.  “Brothers”, his third year film, won the Best Editing Award at the Tel-Aviv International Student Film Festival, participated in the Sao-Paulo Shot Film Festival, Heartland Film Festival and others.
“The Rabbi” is his Graduation film. 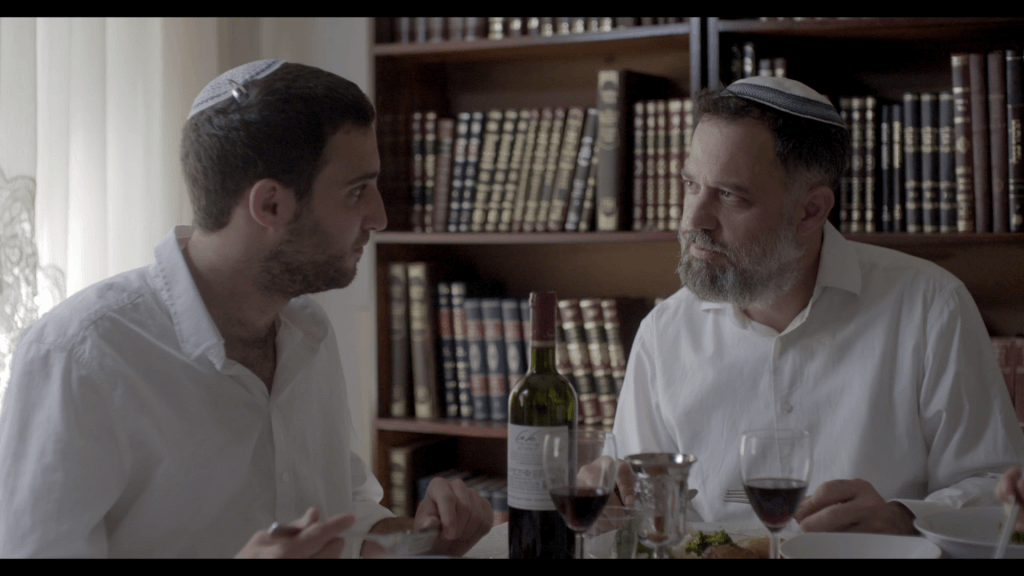