It’s John’s first day at school. Unexpectedly his eleven-year-old big brother Mika shows up to follow him to assembly. But Mika has plans other than just taking John to school. Mika sees it as his mission to teach John the hard facts of the world, starting with the merciless demands of the schoolyard.

Maria Eriksson-Hecht is a Swedish filmmaker with a master degree in film directing from Stockholm Academy of Dramatic Arts. For the last ten years she has made several short films that have been screened and awarded at film festivals around the world. During her master studies she immersed herself in the director’s work with children in film. This work resulted in the graduation film “Schoolyard Blues” and the master thesis “Directing Children”. “Schoolyard Blues” premiered at Aspen Shortfest where it won two awards. Maria was also selected for Karlvory Varys’ section Future Frames – Ten New Filmmakers To Follow. 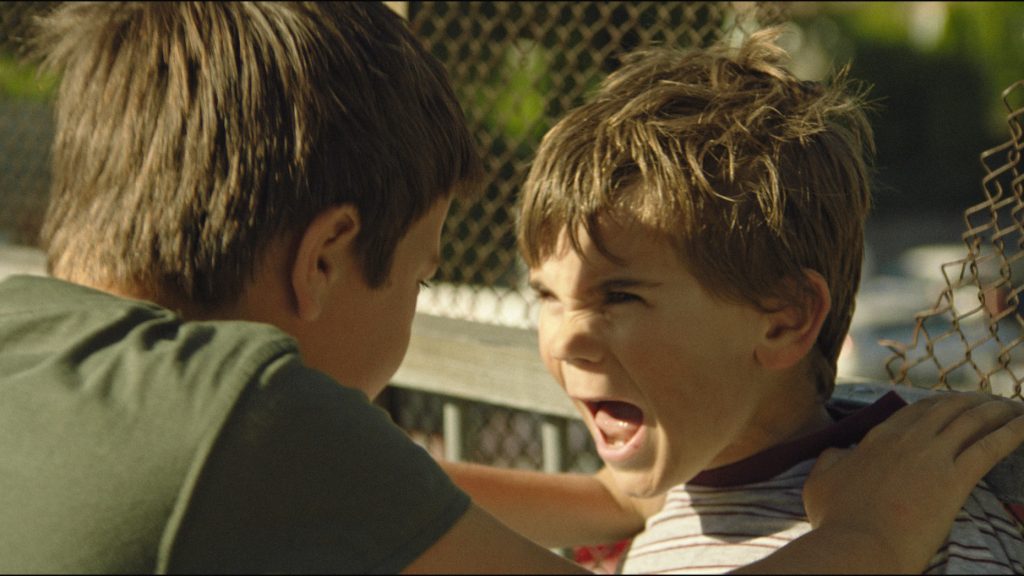