Synopsis:10-year-old YUSUF has ﬂed war in Syria and made it to the promised land of Europe, where he fends for himself in the refugee camps of Calais. Without friends or family to guide him, Yusuf is forced to forage for his own food, ﬁrmly believing there’s only one person in the world he can trust – himself.

About the Director: Nimer is an award-winning writer/director on the BBC New Talent Hotlist who won the UK’s biggest short ﬁlm competition, the Virgin Media Shorts Grand Prize, for his short ﬁlm TOUCH, awarded by Shane Meadows and judged by David Tennant.   His short ﬁlm BAGHDAD EXPRESS for the UK Film Council featuring Riz Ahmed has played at festivals across the world, and his new BFI short ﬁlm LONDON TOMORROW is currently being submitted to festivals.   Awards for writing include the Sir Peter Ustinov Television Scriptwriting Award at the International Emmy Awards, and Soho Theatre’s Westminster Prize. 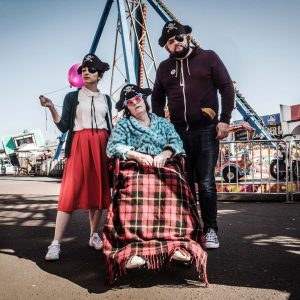 We are thrilled to be screening a selection of our Officially Selected short films made with the support of the BFI Network. We will also be holding a drinks reception following this screening.