Emily finds herself disconnected from the world around her. She drifts back through her memories to relive different moments from her life. Emily must look to her past so that she may fully connect with the present.

Louise Bagnall has directed a number of short films, including 2009’s Donkey, 2012’s Loose Ends, and, most recently, 2017’s Late Afternoon. In addition to directing, Bagnall works as a story boarder and character designer. Based in Kilkenny, Ireland, she is a creative director at Cartoon Saloon. 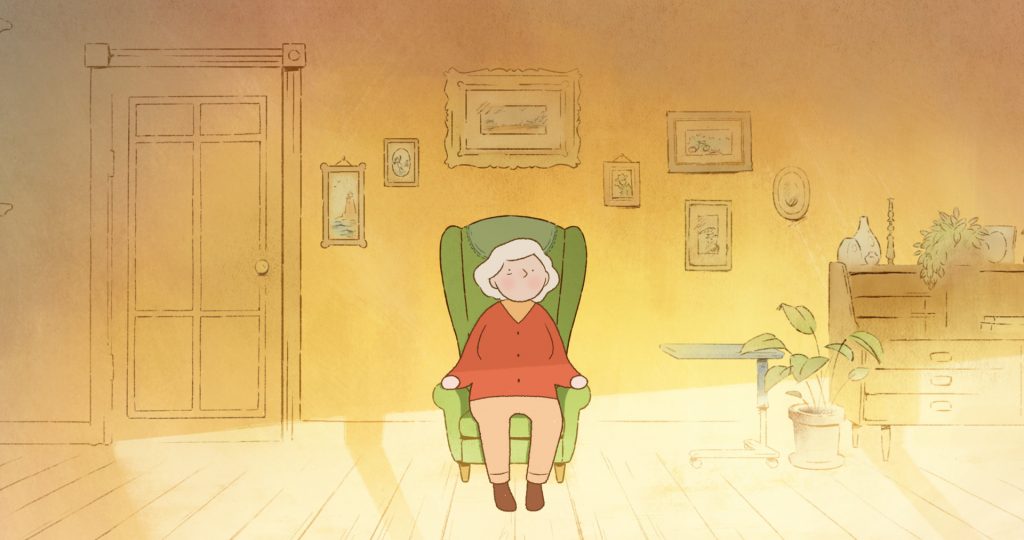