In Asia, in every rural village, elephants are considered to be the cousins of clouds… A one minute film poem painted on Buddha Board.

It took several months to find the best technical support and get the author’s authorization to adapt the text. Then 5 days of preparation and shooting with I-phone 5s and it took 5 days in post-production.

Romain Claris was born in Cannes in 1983. After a travel to Niger in 1995 where he joined the film crew of the feature film Imûhar, he worked on photography and then began to make very short films in 2000. He obtained the State diploma from the Conservatoire Libre du Cinéma Français in 2005 and then joined the agency Claris as a video manager.
Alongside his agency work, he continues to make personal films, selected or rewarded at international film festivals. In 2017, the international film festival Pêcheurs du Monde entrusts him with the presidency of the Professional Jury. He has been co-directing the medium-length fiction film Voici que la nuit, a free adaptation around the novel by Yasunari Kawabata Nemureru Bijo, coming soon in 2018. 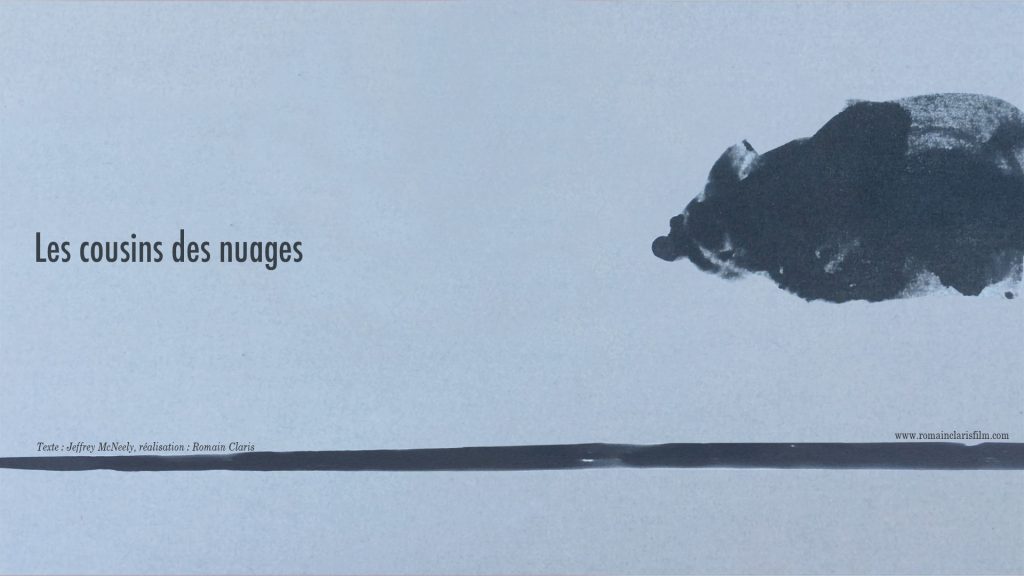