The Norwich Film Festival are delighted to be screening a selection of  Animated Short Films. These films showcase an amazing variety of animation techniques from filmmakers from the UK, USA, Australia & Europe, exploring stories and themes full of creativity and humour. These specific films have been carefully selected for those aged from 7 – 12 year olds. (Please note these animated shorts are not part of this year’s Official Selection).

(Dir. Simone Giampaolo & Francesco Mazza UK, 3 Mins) In a timely story about love triumphing over fear, Lynx & Birds follows the story of two adorable birds in an Attenborough-esque wildlife mockumentary, that unwittingly reveals a chink in the food chain. When the birds come face to face with a fearful predator, the Lynx, there is a surprising turn of events that is sure to warm the cockles.

(Dir. Örs Bárczy, Hungary, 6 Mins) Short Animated Film about an adorable, cocoa-drinking deer who is eager to tidy and shoveling in front of his house every day. However, there is a suspicious earthquake all night which causes the mess day by day and make unbearable our fella’s life. Between two cups of cocoa the amazing truth comes out which change the deer’s life forever…

(Dir. Izzy Burton, UK, 4 Mins) Via tells of the journey of life through epic, beautiful environments and meaningful character animation. It shows how we should open our eyes to the good things that happen every day, to the experiences we share with the people we love, and that we should find the silver linings, or the lessons to be learnt, in even the lowest times.

(Dir. Mark C Smith, USA, 9 mins) Two adventurous lemurs navigate their dirigibles halfway around the world to a place where happenstance and fate threaten to disrupt their reunion.

(Dir. Hannah Anastasi, UK,1 Mins) Upon being drawn to life, Crescent the Cat devours a large jar of multicoloured candy!

(Dir. Edward Westrop, UK, 6 Mins) A mysterious cloaked rider gallops across the west in pursuit of a bounty in the town ‘El Eduardo’. A western genre, 100% stop framed animation employing the use of origami & cardboard model making.

(Dir. Valle Comba, Spain,3 Mins) Uka is a little girl who lives in a grey abandoned factory. While she’s painting her canvas, she finds a way of changing how she sees the world.

Back to the Moon

(Dir. Andrew Goldsmith & Bradley Slabe, Australia, 8 Mins) A knitted toy dinosaur must completely unravel itself to save the love of its life

(Dir. Léo Brunel, Loris Cavalier, Camille Jalabert, Oscar Malet, France, 6mins)  The two best rescue workers of the region are ready for their new mission. Despite their professionalism and their determination, it will not go as planned…

(Dir. Tisha Deb Pillai, Canada / India, 6mins) 8-year-old Lila is learning how to ride a two-wheeled bicycle with the help of her father, an artist who sells his paintings every day at the market. They practice regularly together, with the promise that he will not let her fall when he lets go of her bicycle. When it becomes increasingly difficult for her father to make a living selling his paintings, things grow tense at home, and many responsibilities are shifted onto Lila’s mother, a reporter. The family works together through the role reversal, telling a story of unconditional love and support for one another.

( Dir. Anne Castaldo, Sarah Chalek, Elsa Nesme, Adrien Rouquié, France, 7 Mins) An elderly woman tries to find her bird. A little girl tries to find her neighbour. Both find themselves caught up in an adventure in New York! 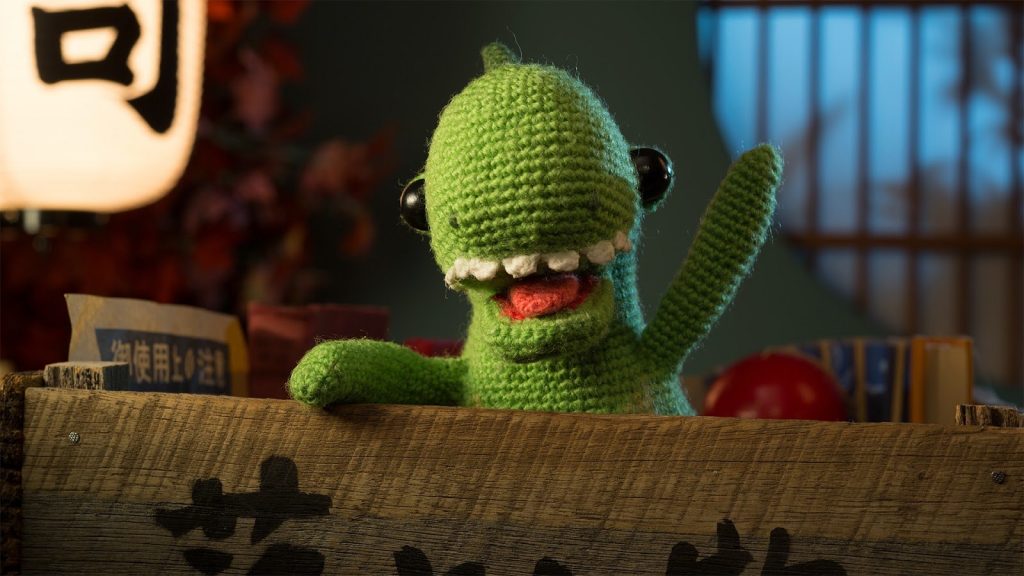