Join us for a screenwriting Q&A Panel with Award Winning screenwriters from the world of Film & Television. This esteemed panel will talk about their work in the industry how they got there, what they think makes a good script and how they bring their characters to life.
Our guests include: Four Time BAFTA winning screenwriter Guy Hibbert (Eye in The Sky, A United Kingdom, Five Minutes of Heaven), BIFA Winning screenwriter Alice Birch (Lady Macbeth) and BIFA Nominated Juliette Towhidi (Calendar Girls, Testament of Youth, Love Rosie).  Today’s panel will be lead by UEA Creative Writing & MA Screenwriting Lecturer Michael  Lengsfield.
We hope you come and join us for what we feel will be a fruitful and interesting discussion.
Time: 4:15 – 5:30PM
Venue: The Forum
Tickets: £5 (Plus Booking Fee)
Here is a little bit more info on this wonderful panel:
Guy Hibbert: is a British screenwriter who has won four BAFTAs for his scripts, No Child of Mine (1997), Omagh (2005), Five Minutes of Heaven (2010) and Complicit (2014). He also won the World Cinema Screenwriting Award at Sundance (2009), the Christopher Ewart-Biggs Memorial Prize (2010) and the Irish Film Academy Best Drama Award (2010) for Five Minutes of Heaven. His films include Eye in the Sky (2016), starring Helen Mirren, Aaron Paul, Alan Rickman and Barkhad Abdi, which won the Sidney Lumet Award for its contribution to human rights and A United Kingdom (2017) starring David Oyelowo and Rosamund Pike.

Other Awards include: George Devine Award (Revolt. She said. Revolt again); Arts Foundation Award for Playwriting. Alice has been a finalist in the Susan Smith Blackburn Prize 2018, 2015 and 2012. In 2016, Alice was selected as one of the Creative England 50, a shortlist of individuals and companies judged to be the country’s most inventive, innovative and creative minds. In 2015 Alice was nominated for Friedrich Luft Prize.

Alice is currently under commission to Paines Plough, The National Theatre, The Royal Court, The Almeida and Clean Break. She is writing a TV adaptation of Love & Capital for James Schamus & Potboiler and an original pilot for HBO. Her second feature will be an adaptation of the Graham Swift novel Mothering Sunday for Number 9 Films and Film 4.

Juliette Towhidi: is currently adapting the multi award-winning novel THE ESSEX SERPENT into a series for Apple TV and is developing feature film scripts with Film 4 and BBC Films. Her first script commission was the smash hit CALENDAR GIRLS (starring Helen Mirren) in 2003. She has since written two further feature films; LOVE, ROSIE starring Sam Claflin and Lily Collins, as well as her critically acclaimed adaptation of Vera Brittain’s memoir TESTAMENT OF YOUTH, starring Alicia Vikander, Kit Harington and Dominic West. For television, Juliette has written the 3-part adaptation of the P.D James novel DEATH COMES TO PEMBERLEY, which aired on Boxing Day 2013. She was brought up in Iran and England, and read Modern Languages at Oxford University. She originally trained as a journalist with Reuters news agency, then worked as a script editor in Paris and London, before turning to screen-writing full time. 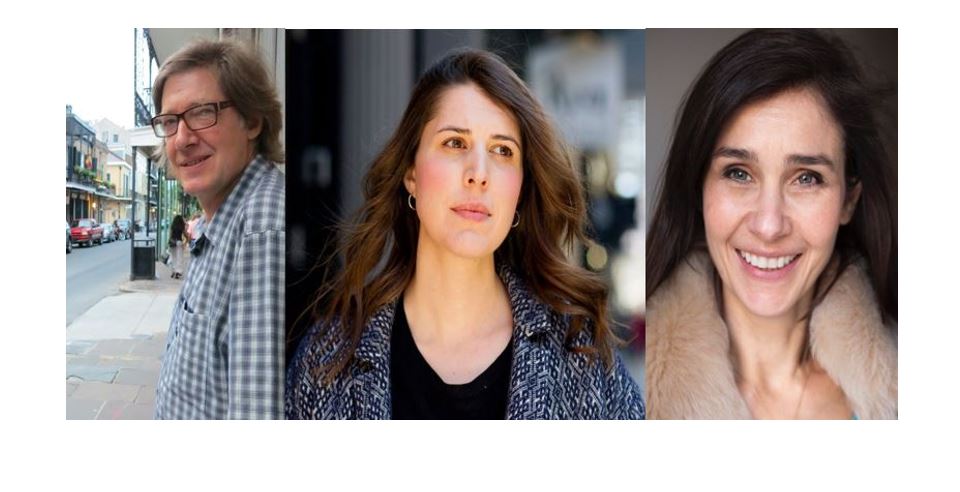