British writer-director Deborah Haywood’s award winning First Feature Film Pin Cushion tells the story of a unique mother-daughter duo: Super close Mother LYN (played by Joanna Scanlan) and daughter IONA (startling screen presence from newcomer Lily Newmark) are known as Dafty One and Dafty Two are excited for their new life in a new town.  Determined to make a success of things after a tricky start, Iona becomes ‘best friends’ with KEELY, STACEY and CHELSEA. Used to being Iona’s bestie herself, Lyn feels left out.

So, Lyn also makes friends with BELINDA, her neighbour. As much as Lyn and Iona pretend to each other that things are going great, things aren’t going great for either of them. Iona struggles with the girls, who act more like frenemies than friends, and Belinda won’t give Lyn her stepladders back. Both Mother and Daughter retreat into fantasy and lies.

We are thrilled to welcome producer Gavin Humphries for a Post Q&A after today’s screening. 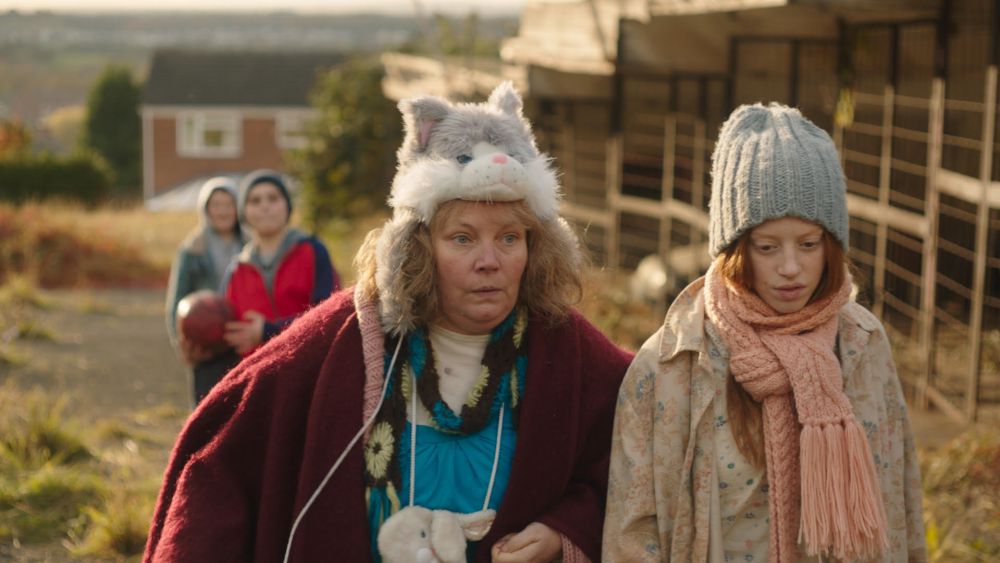