Are Visual Effects killing Cinema? They certainly are changing it. 49 out of the top 50 grossing films of all time are what you’d call VFX films, so it’s no wonder Hollywood keeps trying to feed us superhero and sci-fi themes with variable success.

Some people claim VFX has made the industry lazy; each new film has to have bigger explosions, more destructive villains than the last one, in a spectacular race to the bottom.

Others point out that VFX helps the filmmaker tell stories in new and different ways, freeing them from restrictions, and anyway, most effects are ‘invisible’ and go unnoticed by the public.

What do you think? How has VFX changed Cinema? What might Cinema look like in the future if trends continue?

Does VFX allow different types of imagination to find its way onto the screen, or are we losing something of the magic of cinema?

Come to our panel discussion featuring a range of perspectives from professionals working at the forefront of film and VFX and hear what they have to say on these questions and more!

Cost: Free! However, we do ask that you book tickets in advance via our ticket link.

A little bit more about our guests:

Sheila Wickens: has been involved with a prestigious list of films. Her first big break was as a roto artist on Lara Croft: Tomb Raider and later lead compositor work on Harry Potter and the Chamber of Secrets. She was a VFX Supervisor for Lipsync Post on films such as The Bourne Ultimatum, Lead Compositor on Hellboy 2: The Golden Army and as Lipsync’s Head of 2D arranged compositing personnel for Wes Anderson’s Fantastic Mr. Fox, and then onto sequence supervisor on Kick Ass (2010).

Recent VFX Supervision includes On Chesil Beach, Colette, and Churchill (2017) and the Limehouse Golem (2016). After 12 years at Lip Sync, Sheila is now VFX Supervisor at DNEG TV working on several new projects. Sheila was honoured to be welcomed into the VFX branch of the Academy of Motion Picture Arts and Sciences earlier this year. She is also involved in various societies that help promote and encourage women in the traditionally masculine field of VFX, and has been interviewed on Radio 4’s Woman’s Hour as part of a Women in Technology series.

Paddy Eason has been a key artist and supervisor at some of the UK’s most prestigious Visual Effects companies. He first started at Computer Film Company (now Framestore) as a junior technical assistant, and stayed on for the next ten years as a digital artist and then supervisor, working on films such as The Muppet Christmas Carol, Sleepy Hollow, Mission Impossible 1 and 2 and Chicken Run, as well as Jonathan Glazer’s iconic Guinness Surfer commercial. Paddy has also supervised at The Moving Picture Company on films such as Big Fish, Wallace and Gromit: Curse of the Were Rabbit and Harry Potter and the Prisoner of Azkaban.

Paddy has been working as a freelance VFX Supervisor and artist for the last few years and very much enjoying the creative opportunities available beyond Soho. Recent projects include God’s Own Country, Sing Street and Kingsman 2.

Dan Martin is a Special Effects Artist who has worked extensively in the Film Industry. Some of his credits include Paddy Considine’s Journeyman, Ben Wheatley Free Fire and High Rise.  Further information about Dan’s credits can be found here: https://m.imdb.com/name/nm2087361/ 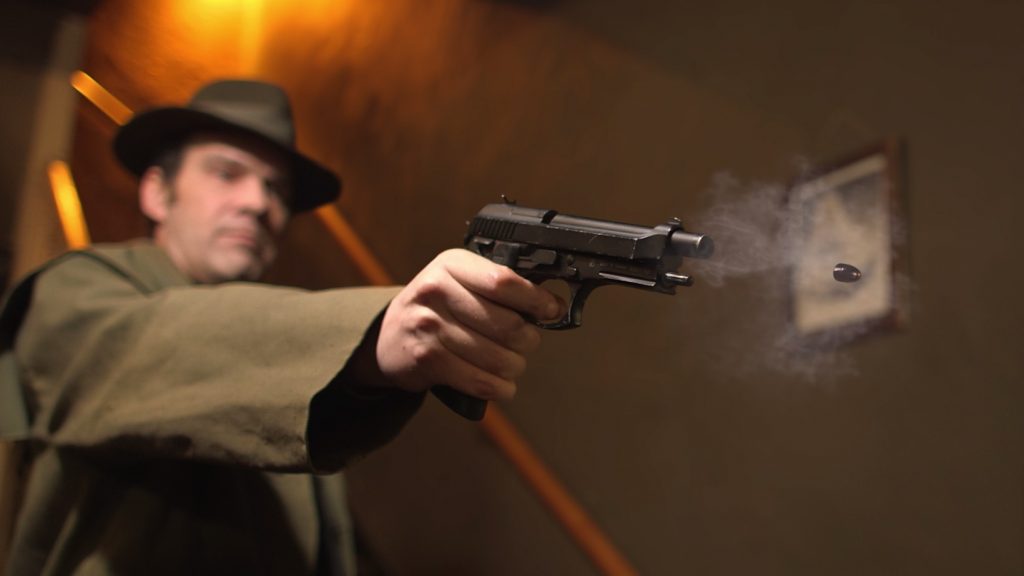