To celebrate International Women’s Day, NFF volunteer Rhiannon Talbot-Arnold takes a look at the fruitful message underneath the skin of Sean Baker’s 2015 film Tangerine and explains why it’s more relevant than ever, even five years since the film’s release.

Tangerine’s premiere at the 2015 Sundance Film Festival sparked a flurry of critical commentary; critics were astounded over the reveal that the film was shot entirely between three iPhone 5s smartphones. Shot on a budget of $100,000 in the streets of Los Angeles, director Sean Baker broke through conventional filmmaking techniques, impacting the industry and proving that a big budget, expensive camera equipment and studio space are not necessarily requisites to creating and producing a piece of cinematic art. Its unconventional method of filmmaking brought the film an incredible amount of attention, celebrating and inspiring amateur and up-and-coming filmmakers who dedicate their lives to creating cinema with limited resources. However, whilst this aspect of the film is noteworthy and undoubtedly worth celebrating, it is the cast and the story that functions as the film’s true defining factor, which in itself broke through more conventions and deserves every ounce of attention it received, if not more. 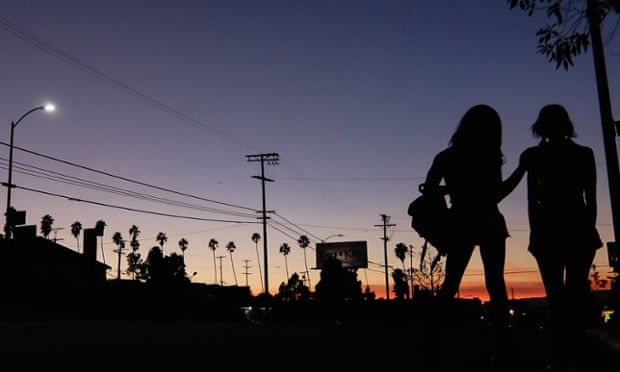 Tangerine takes us through the streets of West Hollywood on Christmas Eve, following the lives of best friends and sex workers Sin-Dee Rella (Kitani Kiki Rodriguez) and Alexandra (Mya Taylor). Fresh out of jail and upon the revelation that her pimp boyfriend Chester (James Ransone) has been cheating on her whilst she was locked up, Sin-Dee embarks on a revenge mission to find the woman Chester has been seeing behind her back, much to the dismay of Alexandra who lives her life drama-free. The film is a rollercoaster of emotions; it’s a dramatic frenzy interweaving comedy with tragedy, friendship and betrayal, anger and resolution, but most importantly, and what was failed to be mentioned at the Sundance Film Festival, is that Sin-Dee and Alexandra are trans individuals. Even more importantly, Sin-Dee and Alexandra are portrayed by trans performers, and the film’s main area of importance is the exploration of the African-American and Latino trans community that has failed to receive any attention or representation on screen, and that is often overlooked in events and days dedicated to celebrating women, notions of femininity and the feminine, such as International Women’s Day.

The reason that not only is the fact that the film represents and explores the story of two trans characters and that these characters are played by two trans women is important, it is that Tangerine was released in a period in which there was much discussion over trans representation on screen and within the film industry. The film follows a wide array of films and cinema that feature trans characters within their narratives, but cast cisgender actors and actresses to play these roles, such films include Boys Don’t Cry (1999), a dramatization of the story of Brandon Teena – an American trans male, played by Hilary Swank, Transamerica (2005) which stars Felicity Huffman as a trans woman, and more recently Dallas Buyers Club (2013), a biographical drama that stars Jared Leto as Rayon – a fictional trans woman. All three stars won various awards for their performances with Leto receiving the Best Support Actor Academy Award – the problematic nature of this has since been a core argument for many discussions surrounding the disregard of casting trans actors in trans roles. There has been an increasing amount of discussion amongst cis and trans performers alike over Hollywood’s disposition for casting cis actors in trans roles, the core worry being that casting non-trans actors in said roles is dehumanizing and that more often than not, these roles and characters function as spectacles or jokes within their narratives. Which is why Tangerine is such an important film to discuss not only in general, but especially on International Women’s Day.

Tangerine treats the trans community with respectfulness and tactfulness, it is a celebration of transwomen, women of colour, and transwomen of colour; marginalized identities and communities whom are often starved of any sort of representation on screen, let alone any positive representation. Rather than treating these women as spectacle or fuel for jokes and ridicule, Tangerine provides a rare and refreshingly tender insight into the struggles faced by transwomen of colour within their day to day lives. Additionally, Sin-Dee and Alexandra are both sex workers – a profession that unfortunately receives its own abundance of oppression – which only elevates the hatred these women face; the film addresses the resentment around and towards sex work/workers, but does not victimise them. Transphobic acts of violence are shown, calling attention to the very real threats these women are forced to deal with, due to the groups within society who show a lack of respect for those members who have been ‘othered’ by these same groups due to their refusal to depart from archaic heteronormative notions. The aftermath of these acts of violence are treat with care and respect, and does not detract from their suffering, rather it is acknowledged, and the strength of these women is brought to the forefront; admiring Sin-Dee and Alexandra’s defiance and their unapologetic nature.

In addition to foregrounding marginalized communities and identities, the film also highlights the importance of sisterhood; towards the denouement, Sin-Dee and Alexandra face internal problems within their friendship, with the revelation that Alexandra betrayed Sin-Dee by sleeping with Chester – understandably this deeply hurts Sin-Dee, and she attempts to pick up some clients as a means to take her mind off of the news, however she is met with more hate and discrimination, having urine thrown in her face and transphobic slurs spat at her. Her clothes and her weave are ruined – fundamental components of her identity and things that Sin-Dee cannot afford to replace. In an act of reconciliation and arguably the most touching scene of the film, Alexandra pays for Sin-Dee’s clothes to be dry cleaned, and offers Sin-Dee her own weave – which is more expensive, and is of finer quality. In the closing shot, Sin-Dee takes Alexandra’s hand in forgiveness; the importance of this shot and preceding scene is undeniable; it foregrounds the pair’s unbreakable bond, and acts as a tool and a figure of hope, symbolising and affirming the importance of female friendship and sisterhood – that nothing can come in between these women – not boyfriends, not poverty or the discrimination that they face.

Tangerine affirms that trans women of colour deserve to have their stories immortalised on screen and are worth representation. Tangerine is a symbol of hope and a celebration of female solidarity and it deserves to be recognised and to be appreciated this International Women’s Day, for its unapologetic and respectful exploration of trans women of colour. The film demarcates itself from past attempts to represent the trans community that have been let down by a failure to include trans performers, by presenting an authentic depiction that not only showcases and brings attention to transwomen within culture but also celebrates them. It is a beacon of hope and a wonderful paragon that exemplifies that we are moving forward in society; transwomen are finally receiving the recognition they deserve, not only within society as a whole but also within workforces and contemporary notions of gender identity – something that deserves to be celebrated this International Women’s Day. 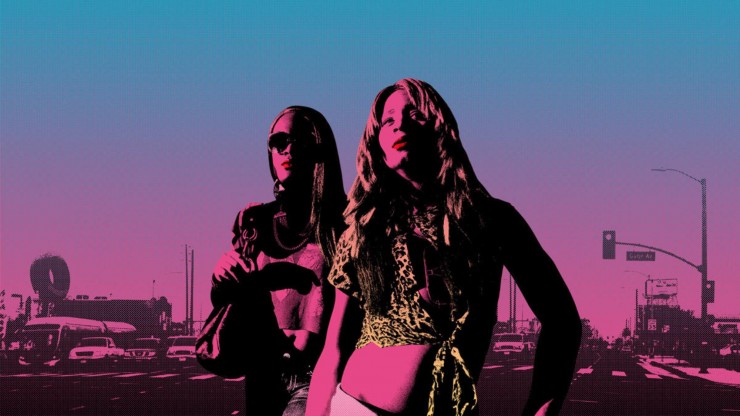