The Norwich Film Festival recently had the honour of speaking with the incredibly talented Denise Parkinson around her role in marketing film content.

Her career spans over 20 years’ in all aspects of Marketing and Distribution in the UK and International film distribution industry. Starting her profession in the marketing department at Palace Pictures, followed by Promotions Manager at United International Pictures and then held 11 years as Head of Film across the Emap portfolio.  Following that she has most recently undertaken roles that have included Director of International Marketing for Europe, Middle East and Africa for Disney, ABC and ESPN Television and Global Entertainment Director for Yahoo! Her latest venture see’s her has taking a new and exciting role leading the expansion of the Telegraph Media Group in the Entertainment category.

We at the festival are also thrilled that Denise will be judging some of this year’s nominated Short Films for the Norwich Film Festival.

NFF: Firstly, can you give us a flavour of what your day to day role as Entertainment Director of Global and UK Media at The Telegraph entails?

DP: I work with major and indie film distributors like Disney, Fox, Lionsgate, Paramount creating strategy to promote their content and marketing across The Telegraph platforms – online, print, app mobile.

NFF: Looking at the start of your career, how did you break into the marketing field of the film industry? And how have you seen the marketing world change over the last 20 years?

DP: I broke into the UK film marketing through a lucky opportunity at Palace Pictures to be an assistant to the marketing manager. This landed me in the heart of the British Independent film scene. The marketing objective has not changed in over 25 years… it is still to get an audience into a cinema to see your film. What has changed is the medium, and the exhibition windows. Marketing is in many ways easier now with Social Media, Bloggers and platforms for digital trailer views – however, there is more fragmentation in the marketing now. Distributors are competing with Netflix and Amazon.

NFF: Marketing a film can be an incredibly expensive project. What advice would you offer for any filmmakers out there who are wanting to keep under time and under budget?

DP: Get as much earned media as possible through trailer views and get conversations happening on Social Media. Also, know the audience and market to that segment only. Why go for scale if your film is niche…no wastage.

NFF: In your opinion what would you say are the most important factors needed to make a successful marketing campaign work for a film?

DP: A great trailer, eye catching poster and smart engaging campaign that will deliver cut through. Of course, great reviews are going to help.

NFF: And thinking of smaller films with lower budgets, do you feel the same factors relate?

DP: Absolutely. Look at The Lobster or Whitney. Very small budgets with intriguing campaigns targeted at the correct audience.

NFF: What would you say are the biggest perks and challenges of your role?

DP: Perks are I get to see loads of movies (I am a film geek). Challenges – each film presents a creative challenge. I like meeting them.

NFF: From your time within the field of marketing and distribution, what would say had been your favourite campaign to work on? Or proudest campaign to be part off?

DP: There are so many… Spectre for Sony comes to mind and Star Wars for Disney. I also loved working on Hidden Figures as we created a very smart grassroots campaign that really talked to the female audience and the STEM audience.

NFF: One of the things that appears to be vital in the film industry is the contacts you build. How important have the relationships you have made over the year’s supported your development? And What would you say are the best way to build these industry relationships?

DP: Nurture every relationship you have. They are everything. Always remember the old wisdom – “be nice to everyone on the way up….you will need their help and support on the way down”. It is a small pond – no room to be rude or arrogant. I have also had interns work me who are now producing award winning films and running marketing departments.

NFF: Thinking about those wanting to break into the marketing and distribution world, what advice would you offer? Qualifications or on the Job Training?

DP: Definitely an understanding of Social Media, Search and analytics. It is import to understand how to “drop a trailer” and test for the correct audience response to get maximum completed views. Creativity is really important – if you are not naturally creative, surround yourself with creative people. To get into a major in a junior role – try to get in as an intern. A marketing degree will help. Also, volunteer for work experience. Don’t be afraid to start at the bottom and do any job you are given. Also, learn and watch everyone in your department. Passion will take you everywhere. People buy into that.

NFF: Finally, we are thrilled to have you as a judge for this year’s Norwich Film Festival. What qualities do you want to see in a good short film?

DP: For me it has to be entertaining first, and engaging. A message is also good. I want to be moved to action, tears or laughter. 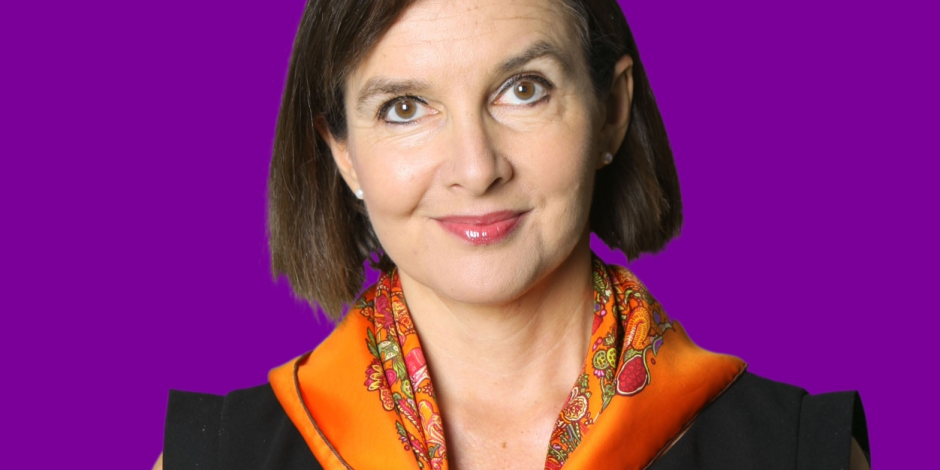