After an illustrious career on stage and screen, Vanessa Redgrave makes her directorial debut with Sea Sorrow – a feature-length documentary on the current refugee crisis. We were privileged to screen the film at Cinema City as part of the festival this year, and to enjoy a subsequent Q&A with producer Carlo Nero – hosted brilliantly by Neil McGlone.

Illness might have unfortunately prevented Vanessa from joining us in person as planned, but her presence was certainly felt by our audience during the film. Her determination to make a difference fuels Sea Sorrow, a heartfelt examination of complex political issues. The film tracks both the experiences of refugees and the campaign to grant them asylum with admirable sensitivity, and inspired lots of intelligent debate in the Q&A to follow.

Carlo Nero firstly recalled his experiences working on the film. He presented powerful insights about the atmosphere of the refugee camps, the off-camera conservations he held with refugee children, and the monumental effort of volunteers working with them. This, he said, fuelled the determination of all crew members to ensure Sea Sorrow would capture the positive efforts taking place to help refugees, and do justice to the volunteers’ work.

Carlo spoke with pride about Vanessa in her role as director of the film. He established that the project was born out of her determination to contribute to the movement to welcome all refugees to our shores. He maintained that whilst she was grateful and happy to have directed Sea Sorrow, Vanessa has no immediate plans to direct any further projects, although she remains keen to act and produce. 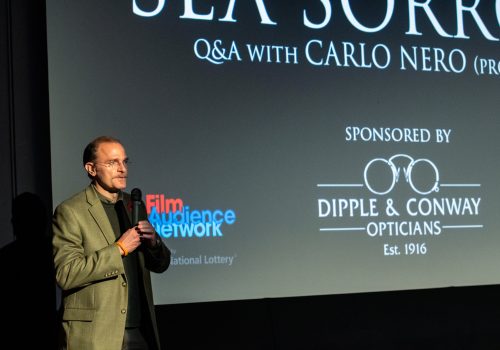 Discussion then opened to include questions from our audience, who were very keen to present interesting topics for debate and discussion – clearly impassioned by the power of the film they had just seen. Many expressed their concern about general public reluctance to accept moral responsibility to support refugees, to which Carlo maintained that most people would do something to help if they felt they had the capacity to do so.

The key issue, he expressed, is how we should compel members of the public to take action and help them to realise their potential power to make a difference – this quickly became the next topic of debate among our audience. Many highlighted organisations they had come across who do effective work in helping refugee children, while others reinforced the importance of publicly expressing concern about issues faced by refugees by supporting relevant campaign movements.

It was fantastic to see Sea Sorrow inspire intelligent discussion about such an important world issue; it really got our audience thinking about how they could make a difference, and how they might compel others to do so. Thank you to Carlo Nero for participating in the Q&A, to Neil McGlone for hosting, and to Vanessa Redgrave for supporting the festival and allowing us to screen your film! 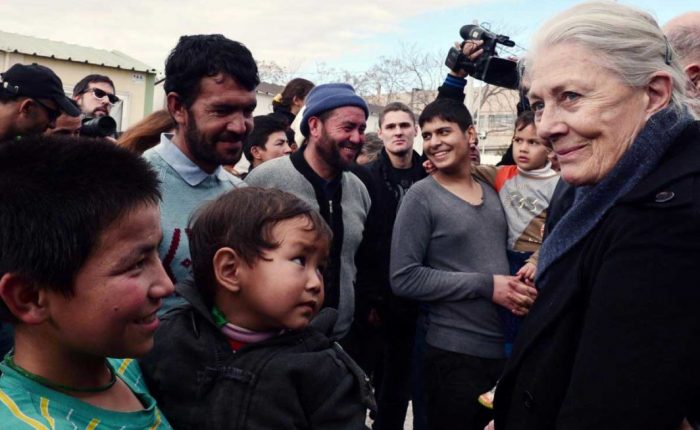