Welcome to the ninth instalment of our weekly “Saturday Shorts” series, in which we share five NFF-screened shorts each week for you to enjoy for free from the comfort of your own home. This week’s edition will be the final instalment (for now) as we get closer to announcing more details about our 2020 festival very soon – so stay tuned!

But never fear – we’re closing out Saturday Shorts with some brilliant films! From a locally-produced documentary on a museum facing closure, to an eccentric short following a psychic trying to regain her celebrity status, we hope you love this week’s selection as much as we do!

Description: Antonia, a good-for-nothing teen, lives in Brockworth, Gloucestershire – a town famed for ‘The Cheese Roll’: an extremely dangerous race held annually for centuries on the treacherous Cooper’s Hill, which overlooks the town. Her brother is the current reigning champion, but when he is called up for service overseas, Antonia views his absence as the perfect opportunity to get involved with the tradition that the men in her family have dominated for generations. The only problem standing in Antonia’s way is her mother, Fiona, who will stop at nothing to prevent Antonia from participating.

Description: The Rabbit’s Foot is a pitch black comic fable, set against the backdrop of the Old West. Under the influence of a mystical rabbit’s foot, the fortunes of a card sharp, a former bandit leader and a luckless prospector intertwine with fatal consequences. This film offers a stellar cast, including Angus Wright (Rogue One, The Iron Lady, Peep Show, Flowers), Kevin Horsham (Game of Thrones), Farren Morgan (Brimstone) and Lesley Ewen (The X Files, Dr Who). It also features an original score by Tom Hobden, a member of the popular band Noah and the Whale, and Eliot James – the music producer behind Bloc Party and Two Door Cinema Club.

Description: A local child has gone missing. For the family, and for the small-town community that surrounds them, it’s an incomprehensible tragedy. But for psychic ‘Dame Alvera’, who has fallen from the lofty heights of fame, it represents an opportunity to claw back her celebrity status. But in the dingy confines of a small-town psychic fayre, can Dame Alvera make the human connection?

WEALTH NOT A WASTE – JIB’S STORY

Description: In 2015, Jib Hagan’s wife Alba passed away, and he found himself lost while trying to find the direction that his life would take next. After his young children told him that he couldn’t just sit and let other people suffer, he decided to set up a charity (C.A.R.E 4 Basket) to highlight the environmental issues affecting rural communities in Ghana and the impact of global warming and single use plastics on their livelihoods. This is Jib’s story.

Description: The John Jarrold Printing Museum, which celebrates Norwich’s rich printing history, faces closure as the city council approves plans to build a café and houses on its existing site. The volunteers behind the museum share their stories about working in the printing industry, their insights into the strong community of retired people who give up their time to work there, and their concerns about how the printing industry in Norwich will be remembered if the museum never re-opens.

And there you have it! It’s been great to see such a positive response to Saturday Shorts over the last few months, and we hope that the shorts have brought a little bit of inspiration and enjoyment to you in these difficult times. Don’t worry though, our 2020 festival is only months away now, and we’ll be starting to reveal more information about what you can expect very soon!

You can also subscribe to our newsletter to get all the latest NFF news delivered straight to your inbox! 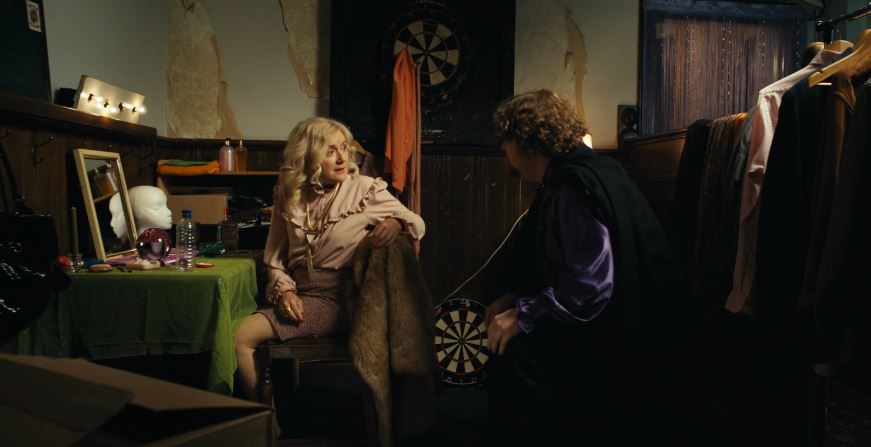