A packed house gathered in the Norwich Film Festival auditorium on Sunday 19th November for another screening – this time, Brakes, a strangely romantic black comedy from the brilliant Mercedes Grower. As the name suggests, the film is about break-ups. A dozen or so relationships are presented, all with different dynamics, backgrounds and, ultimately, all with different stories to tell. The diversity of the couples allows the film to touch upon a variety of topics, such as drug addiction, suicide, social class, and Julian Barrett (pictured below) serenading in the nude.

Based solely on the names attached to the project, Brakes sets itself up for a masterclass in Brit humour. The prospect of seeing Julian Barrett and Noel Fielding – the two minds responsible for The Mighty Boosh – together again, reuniting on another project, would be enough for most people. But add into the equation an ensemble cast of comedic talents (including Grower herself), and you have a recipe for silly, clever, bizarre British comedy at its finest. The chemistry between the respective pairings is effortless, due in part to the improvisational approach used throughout, but also due to the performances of the cast and the depth of Grower’s characters.

The narrative is split in half, with the first half dedicated to showing the break-ups. Throughout the cinematography is unashamedly low-budget. When asked in the Q and A about this approach, Grower explains how her main concern is the power of stories and human nature. The style is initially difficult to adjust to. It’s rare to see a feature length film adopt such a low-budget form. But the stories and characters are compelling enough to carry such a simple style, and Grower’s substance-over-style approach proves to be extremely effective. While you may not enjoy all the stories presented, there is such a variety on show that it is impossible not to empathise and get on board with at least a handful of them.

While the first half of the film shows the break-ups, the second half is the opposite, offering a peek into how these relationships started out. You see the moments when the sparks first ignited – which is quite sad, and almost frustrating, as you watch them with the knowledge they’re all inevitably doomed for failure. But this second half also helps to illuminate how, despite the uncomfortable and at times ugly break-ups depicted in part one, these couples were all, at some point, brilliantly in love. Fielding and Grower, in particular, must be commended for creating the best ice rink-based romance scene since Happy Gilmore.

Grower explains how she aimed to create a ‘Figure of 8’ structure. She aimed to replicate how, during break-ups, you tend to reminisce on the beginnings, on the good times. While relationships and people grow apart and end up separating, it can be helpful to acknowledge the time spent together, to appreciate how you were an important part of one another’s lives, and to accept change.

Brakes is a triumphant debut for Grower, and a perfect example of why British comedy and the British sense of humour is so highly regarded. Proving to be somewhat of a dab hand at directing, it came as no surprise when Grower was asked by an audience member whether she will be helming more films in the future. While not mentioning any specific details, Grower explained how she has other projects in the pipeline, and is keen to carry on directing. If Brakes is anything to go by, that’s definitely something to look forward to. 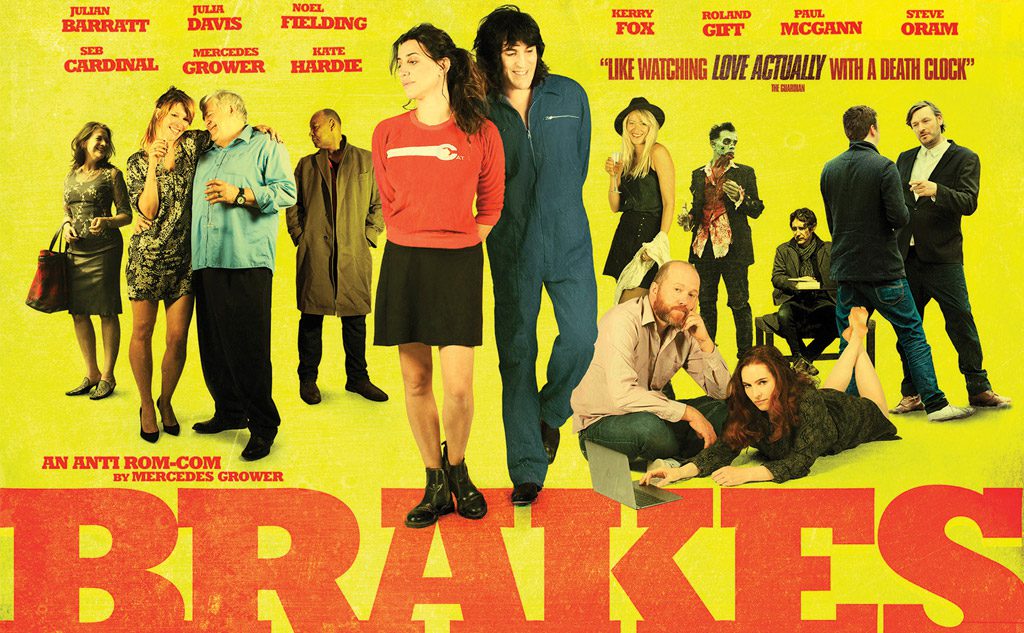