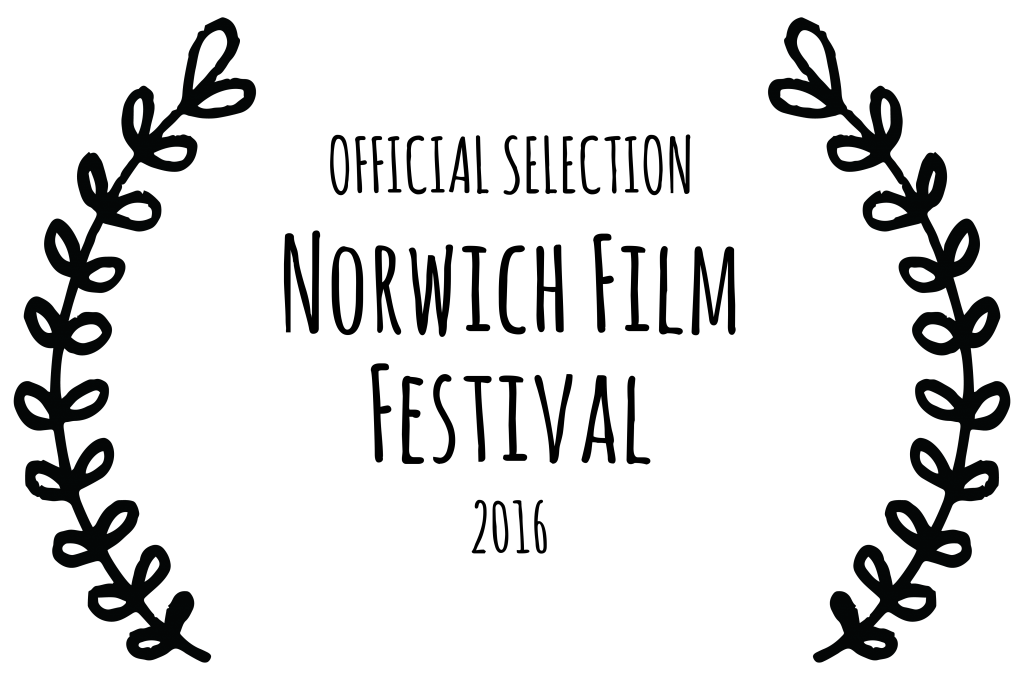 All The World’s A Stage (Hannes Rall, Germany, 2m)

The Journey of a Stateless Man (Daniel Ali, UK, 7m)

A journalist working for a tabloid paper poses a threat to a newly created political party. When the head of the party is confronted by the journalist, he puts a call out to silence him once and for all.

All The World’s A Stag

An animated adaptation of the famous Shakespeare poem “All The World’s A Stage” narrated by the renowned Shakespeare actor and director Samuel West. The German Film Assessment Board Wiesbaden (FBW) has awarded its highest distinction “Seal of Approval: Highly Recommended” and says: “With ALL THE WORLD’S A STAGE Hannes Rall has fully succeeded in creating a congenial adaptation of one of the most famous monologues from the history of theatre.  A pleasure for eye and ear!”.

Maggie is stuck in a dead-end job, supervising old games in a run-down arcade. She’s an avid reader of how-to books, but struggles to put theory into action. On a fateful bus trip she meets Ferdinand, a free-spirited and eccentric retiree, who teaches her that there’s no how-to book for life.

Blue Streets is a short documentary focused on post-Katrina street musicians struggling to keep the “traditions of New Orleans alive.

An elderly couple befriend a young family following a shaky encounter. This is a deeply affecting and beautiful drama starring multi award winning, and twice Oscar nominated actor Sir John Hurt, which deals with difficult and pertinent issues. Not without wry humour, this uniquely lyrical drama is bound to move it’s audience in a profound and visceral way, across all generations, as it’s themes resonate equally with both young adults and those in the twilight of their lives. A wonderfully human film with a huge heart.

Breathe follows Patrick (29), a bare knuckle fighting Traveller (JOHN CONNORS) who becomes increasingly concerned with his young son Francie’s femininity. The film questions how far a man is willing to defend his family name when the one threatening his legacy is his own son. Does he have the capacity to change and accept him?

Dr. Filip Kardel is an ambitious Polish neurosurgeon working in America, struggling to cope with the loss of his wife, Ania. As the memories of her untimely death and his neglecting her in favor of his career continue to haunt him, will he be able to escape the prison of his grief and guilt, or will it destroy him?

A little busker gets more from a stranger than money. This lovely little stopmotion animation is from multi award winning animator, Trevor Hardy.

Life is liberty in a CAGE. CAGE represents a situation that is filled with a lot of constraints, or a habit or an addiction that is hard to get rid of. This project is to present a Chinese cultural and traditional visual style to audiences. On the other hand, CAGE tries to inspire them to recall their memory and consider what is the meaning of life to them individually.

A risk averse man bottles up his problems into a cloud floating permanently above his head. A tense birthday dinner with his wife finally forces him to confront his issues – with spectacular results.

As a Muslim girl takes photos in picturesque locations, she is unable to avoid the hate spread by ignorance.

Däwit is rescued from his violent father and grows up far away from his family among wolves.

Alone in an underground facility deep below the mountains, a tired researcher performs endless tests on Eddie, his desperate, mute test subject. With no response from his employers, he juggles running the facility and keeping his sanity whilst all the while doing his best to ignore the ever-growing list of questions in the back of his mind.

‘Egg’ is an absurd comedy about friendship and expecting the unexpected. Ivy and Margaret meet for tea, same time, same place, everyday. But today Ivy has some important news.

‘Ferguson, Missouri’ is a one-minute film highlighting the social unrest after the death of Michael Brown in 2014. It focusses on the Police mishandling and how social media brought the local community together in protest.

Four generations of the same family tell us what makes a good father and what it means to be a good son. Duke, Sam, Paul and Barry may have the same blood but, with a 75 year age gap, do they hold the same opinions?

15-year-old paperboy Jack has just been told he no longer has a job. Alone, disengaged and naive he sets across the flatlands of Eastern England on a morning that could define the rest of his life. He meets Robin, a friendly and charismatic stranger labouring at the roadside, but as they bond and guards are dropped, Robin’s true intentions come to the fore. As Jack embarks on his final paper-round, we begin to understand who he is, where he has come from and where his future may lie.

If The Cuckoo Don’t Crow

“If the cuckoo don’t crow, then you know there’s wind coming…” Brian from Melton recounts how his mother, Doris, was the woman who famously predicted the October 1987 hurricane and phoned the BBC, but was told not to be so daft. This very short animation was created in response to a recording of Brian’s phone-in to a Suffolk local radio show hosted by Nick Pandolfi in 2012.

A particular interpretation of Instruction for singing poem by Julio Cortázar with a plastic language.

The Journey of a Stateless Man

‘The Journey Of A Stateless Man’, it is about an individual’s struggle to find asylum, told against the backdrop of Calais’ infamous Jungle refugee camp and surrounding areas. Talal journeys from Kuwait in search of finding a country that will accept him and offer safe haven for him and his family.

A short documentary looking at the life of William – a street performer working in the heart of Chelsea, London.

An ambitious kid sets up his first drug deal, but his plans are derailed by a chance encounter with a storytelling stranger in a launderette.

The Land Of Exodus

Obed, a Mexican street kid with hopes of making it to America, leads a recently kidnapped American teenager to the Mexico/United States border.

Joachim is retiring from base-jumping to become a father for the first time, but first he goes on one last adventure with his best-friend Øyvind. When a storm approaches their friendship is put to the test; Øyvind want’s to turn back, but Joachim will apparently stop at nothing to pull off his very last jump.

.The morning after the night before reveals itself.

Lucky Chicken by Matthew Stallworthy is an IdeasTap award winning script telling the story of a down on his luck Baker whose fortunes are turned around when a magic chicken stumbles into his shop, laying eggs that help the baker’s cakes become the talk of the town… And attract the attention of the jealous butcher over the road…

Glen is barely a man. In a desperate attempt to tap into his masculinity he attends a primal scream therapy session, surrounded by wailing men he cannot even make a sound. When another member of the class pushes Glen too far he finally lets something out- a miniature version of himself which does whatever it wants, regardless of the consequences.

A contemplative coming of age drama. With her grandmother’s impending death, 18 year old Mary finds it difficult to connect, instead growing ever closer to her cousin Cameron. “‘Mary No More’ is an eloquently composed character study, with fine acting and gentle pacing, a quietly challenging meditation on maturity and the spell of time.” – Culturedarm.com

Montek wants to do something for his thirteenth birthday. If he tells his mother what, she won’t let him.

When a hardened widow receives an unexpected visit, she is given the chance to shed light on her husband’s death.

He watches her everyday from a distance, but He still find it hard to understand what he sees.

Murray and Babs live on an isolated farm. Their sheep graze the surrounding wind-bleached moors. They have a long, if not completely happy marriage, which 21 years ago produced Billy.

A young woman passes the border of safety, but can she convince another to join her break for freedom?

A young woman awaits the outcome of a surgical procedure, performed in an attempt to make her look ‘normal’.

You know the nagging thoughts that start with “did I leave the coffee on?” and turn in to “what if I give birth to Satan’s baby?” This hand-drawn animation explores anxiety, obsession, and one woman’s slippery hold on reality.

Physiotherapy is a daily task for the director/writer of this film and although second nature to him; it was something he hated to do as a child. This film, explores patterns, shapes, lines, and colours – alongside his physiotherapy routine and how important this had become for his life.

For the last 36 years, Paul has opened his North London paper stall at 4.40am, seven days a week, every week of the year. Now, 66, he reflects on his life in the booth and what the future might hold for him.
Find out more: Tal Amiran
>

For the last 36 years, Paul has opened his North London paper stall at 4.40am, seven days a week, every week of the year. Now, 66, he reflects on his life in the booth and what the future might hold for him.
Find out more: Candle and Bell
>

Today Is the Day