This Saturday is Norwich Pride 2021! In support of this wonderful annual event, we want to celebrate LGBTQ+ filmmaking by looking back at some recent films shown at NFF that are available to watch online right now, for free! Every year at NFF we programme a strand dedicated to LGBTQ+ themed films, and the following shorts provide a vivid cross section of the range of queer storytelling on offer.

Winner of the NFF award for Best British Film in 2020, this short is described by director Alfie Dale as a ‘social realist fairy-tale,’ as it uses a touch of the mythological to explore ideas of gender and the close bond between two siblings, Kai (Cameron Maydale), a transgender teenager, and their younger brother, Kuda (Aidan Broderick). Working with the charity Mermaids to authentically bring a story of trans experience to life, the film is sensitive and empathetic, with compelling performances from its two young leads who are more than convincing as a pair bound together by their unconditional love for one another. Visually the film excels as it capitalises on the wistfulness of its rural seaside setting, and it leaves you longing to spend more time with these delightful characters.

Another film from the 2020 Festival, Leopard depicts the complexities of navigating sexual identity and early womanhood in the face of misogyny. Rocky (Elisha Applebaum) is a slightly timorous teenager whose trips to the local laundrette evolve from a mundane chore into a chance for self-discovery when she meets, and becomes infatuated with, the more assertive Sasha (Eleanor Grace). Director James Arden states that the film is ‘intentionally composed and claustrophobic,’ which effectively comes through in its use of close-ups and a tight aspect ratio that seems to push the characters further in towards each other. Also notable is its use of colour, as the sunshine yellow of the washing machines adds a sense of optimism to Rocky’s story as she learns to become more confident and independent.

Things That Happen in the Bathroom (Edward Hancox, NFF 2019)

Things That Happen in the Bathroom depicts exactly what its title describes, resulting in an almost vignette-like structure as we only see our protagonist, Jak (John Calvin Pierce), through a series of events that unfold in their bathroom. This includes the film’s comically excruciating opening of an awkward and unrequited post-hookup invitation to stay the night, or Jak’s attempts to relax in a blissful bubblebath. Drawing a heart in the steamy condensation of the bathroom mirror, insecurity radiates from Jak, and the film underlines the idea of your bathroom as a space for both safety (a chance to lock the door and spend time alone) and vulnerability (especially when sharing the space with someone else). In order to navigate the duality of such a space, Things That Happen in the Bathroom explores the key role played by communication and consent, and the importance of ensuring sexual partners feel safe. The short was shot on film, giving it a glorious visual texture, and its meticulously composed images make it a joy to watch.

Sequins is a heart-warming coming of age story following the 17-year-old Paul (Robbie Gaskell) as he explores his sexual identity and secret dream of becoming a drag queen. Gaskell’s performance is delightful and the film shines the most when it depicts the sheer joy felt by Paul as he becomes more immersed in the drag world through Blackpool’s ‘The Sequin Club’, which allows him to find a mentor in cabaret drag performer Mimi Le Purr (James Dreyfus). The film effectively uses familiar tropes of the genre, including school bullies (though this is done in a way that allows the film to keep a more light-hearted edge), and Paul’s desire not to disrupt his parents’ heteronormative vision of him, as he feigns attending football practice as an excuse to practice his drag act. Ultimately, the film leaves you feeling glorious as Paul’s confidence swells and he is able to show his true-self to his friends and family.

Bleach uses the inherent, and often destructive, masculinity of its boxing gym setting to portray a tense yet sincere story of belonging and reconnection as Jay (Elijah Harris) reunites with the gym’s owner, Shane (Kru Lundy), who is also Jay’s father. Stylistically, the film is firing on all cylinders, though it never feels overwrought. Instead, its often-frenetic editing and camera movement highlight the precarity of Jay’s situation, emphasising Harris’ performance and creating a deeply empathetic film. As Jay is increasingly accepted within the boxing community both apprehension and joy become visceral for the viewer. Bleach is one of those accomplished shorts that leaves you eager to watch more of the filmmakers’ work. 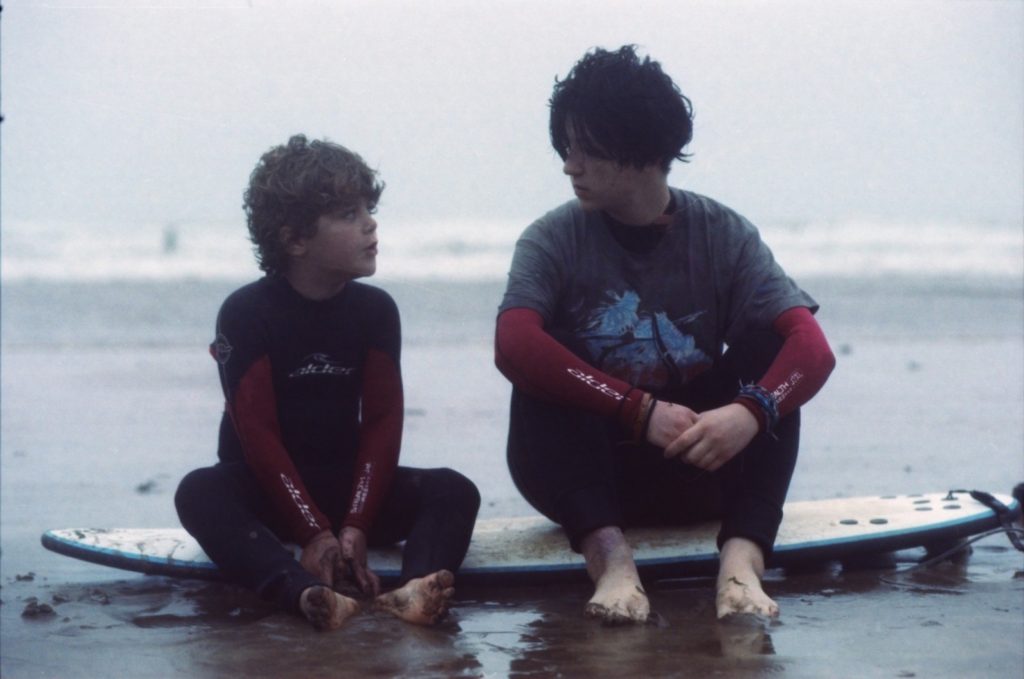