A Korean family makes a new start in Arkansas in the 1980s, where they find new challenges and struggles in the farming business and from within the family itself. The film beautifully balances their harsh reality with heart-warming and bitter moments. Nominated for six Oscars, Minari stands tall as one of the best films this year offers. 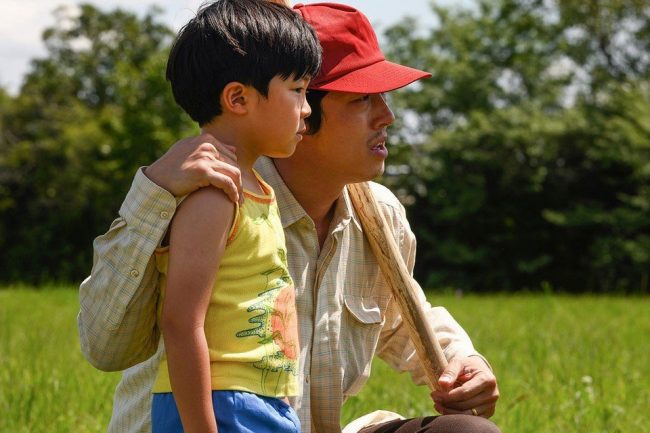 Directed by Lee Isaac Chung, Minari is a beautiful story of a family of five encountering multiple challenges as foreigners in the US. Hoping to achieve the American dream, Jacob (Steven Yeun) escapes from working in a hatchery back in California separating chicks by gender. Ambitious to start a new life, he buys his own land to grow Korean fruits and vegetables. Meanwhile, his wife Monica (Han Ye-ri) is concerned about their son’s health and the hospital being an hour away from home. She is also disappointed with her new life and anxious – without friends and unable to distinguish chicks’ genders with much speed. The daughter Anne (Noel Kate Cho) takes care of her brother David (Alan Kim), as well as the house while both parents are working. The arrival of Jacob’s mother-in-law, Soon-Ja (Youn Yuh-Jung) displeases David for not being a “real grandmother” because she “smells like Korea” and real grandmas “bake cookies, they don’t swear, they don’t wear men’s underwear”.

Before Minari, Chung produced films for several years and almost gave up on directing. As a semi-autobiography, the film mixes things that did and didn’t happen in his life; the role of Jacob and Monica working as chick sexers, moving to Arkansas from other US cities and his father farming. From the cinematic perspective, the film’s narrative is sentimental with a mixed point of view. Its cinematography and camerawork are delicate and beautiful, as are the performances. 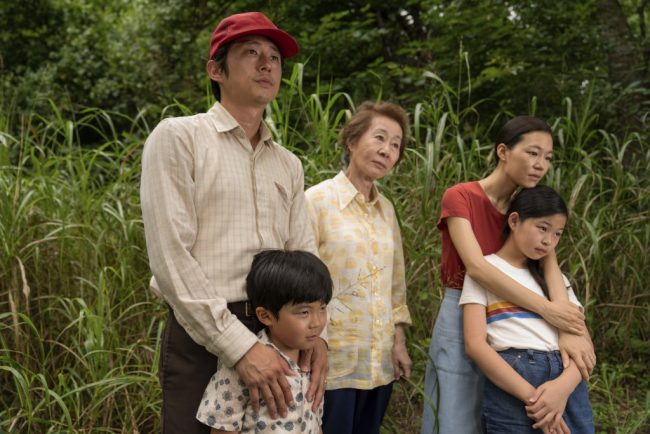 Steven Yeun is the first Asian nominated as ‘Best Actor’ at the Academy Awards. He produces a great performance as Jacob, as multifaceted problems hit one after the other. Yet he keeps believing in his land even with the rollercoaster mood-swings between joy and despair. Moreover, the actress Youn Yuh-Jung playing the grandmother also presents an excellent performance that recently won the Best-Supporting Actress at the BAFTAs, and she is now nominated in the Oscars for the same award. “I really loved the spirit that she embodies,” says Chung. Likewise, Alan Kim has illustrated one of the best child performances in my recent memory, bringing a powerful mixture of emotions on screen. The performance of every character is on point, revealing profound and touching slices of ordinary family life.

Minari definitely continues the rise of Asia and Asians on-screen in today’s cinema. There is still much to look forward to in the future, continuing from last year’s four-Oscars winner Parasite (Bong Joon-Ho, 2019), and other films like Lulu Wang’s The Farewell (Lulu Wang, 2019), Crazy Rich Asians (Jon M. Chu, 2018), the animation Raya and the Last Dragon (Carlos López Estrada, Don Hall, 2021) and the winner of the short animation Bao (Domee Shi, 2018). The Korean American experiences in Minari have undoubtedly touched the hearts of all Asians that live in a foreign country. One important aspect is the interchanging language within the family, where the children are more ‘American’, but the grandmother’s use of language reminds us of the Korean culture. Furthermore, the existence of racism is highlighted while the family is in the church and one child asks David, “Why is your face so flat?” and another girl makes random sounds, wondering if anything sounds Korean. Even though the film focuses on the 1980s, racism is still present. Along with the recent Black Lives Matter campaign, racism is still everywhere. In relation to the STOP ASIAN HATE campaign, it hurts that Asians are being attacked out of nowhere. Even though Minari doesn’t over-emphasise the topic of racism, certain elements are presented. Remarkably, with a similar background, I feel very attached to this film—there are moments in which the stereotypes of culture and the decline of traditional values are captured so accurately.

Minari is the Korean name for water celery that is often used in Asian cuisines. It was planted by Chung’s grandmother, and it is known for growing well where other plants struggle. This makes the name of the plant a suitable title for the film about coping and struggling to settle into a place, even though many challenges and issues come from external forces and the inevitable reality like finances. The most important elements are the bond between the family, whether they can adjust to the changes, the struggles with the weather, an extra member at home or a new life. Minari is told with tenderness, tension, simplicity and sensitivity, a work worthy of us cherishing its every moment.

Minari is available to rent on digital VOD stores in the UK now. 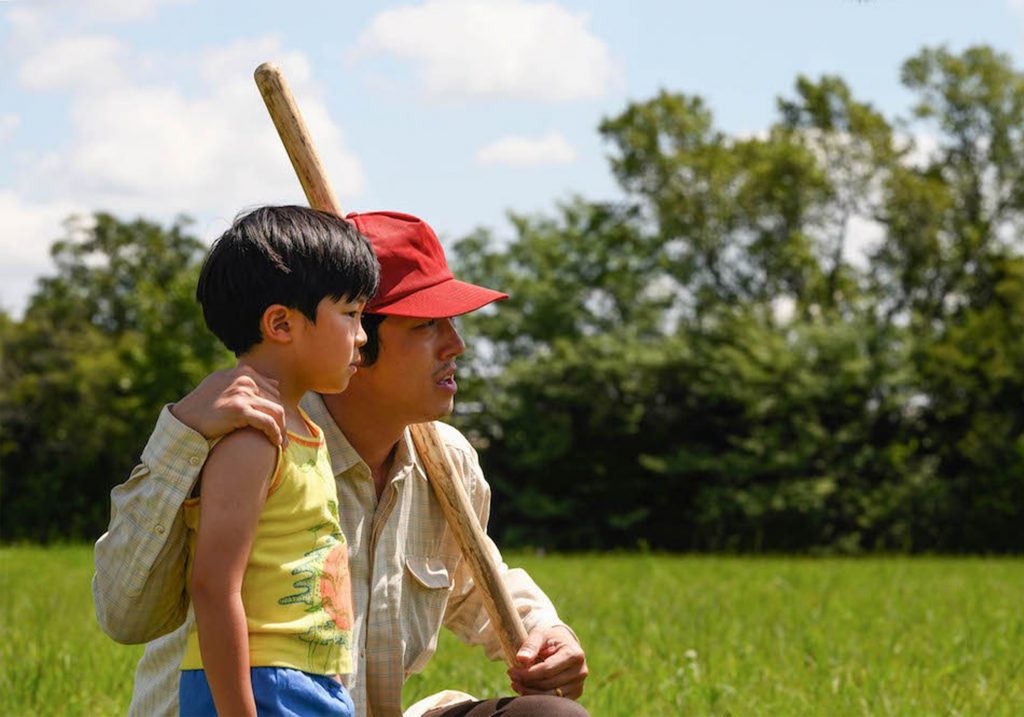