Screen International Star of Tomorrow, Kate Phillips, is a British actress best known for her role as Linda Shelby in BBC’s Peaky Blinders alongside Cillian Murphy and Helen McCrory. Kate has also appeared in Wolf Hall, the BBC’s adaptation of War & Peace, Netflix’s The Crown, My Mother and Other Strangers and television series The Alienist together with Luke Evans and Dakota Fanning. Kate can also be seen opposite Keira Knightley and Alexander Skarsgård in James Kent’s The Aftermath as well as Lenny Abrahamson’s The Little Stranger with Domhnall Gleeson and Ruth Wilson. Kate starred as Princess Mary in the highly anticipated Downton Abbey feature film, adapted from the hit TV series for ITV, starring alongside Michelle Dockery and Maggie Smith, as well as the fifth series of Peaky Blinders in 2019.  Next up, this year Kate can be seen in Julian Fellowes The English Game for Netflix, her first lead as ‘Miss Scarlet’ in A&E’s Miss Scarlet and The Duke and the sixth series of Peaky Blinders. 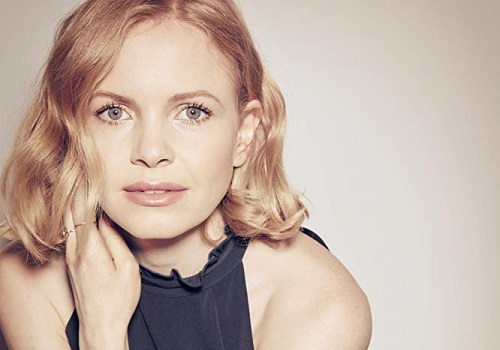