As we enter the final week of Norwich Film Festival 2020, it’s time to start announcing the winners of our six prestigious awards. As always, we’ve got a panel of thirteen esteemed industry judges, including the likes of Dexter Fletcher (Rocketman), Arianne Sutner (Missing Link) and Stephen Woolley (Colette), who have been working hard over the last few months to watch through our nominees and select the winners. Each award winner will win £1000 and a range of filmmaking goodies – you can find out more details here. 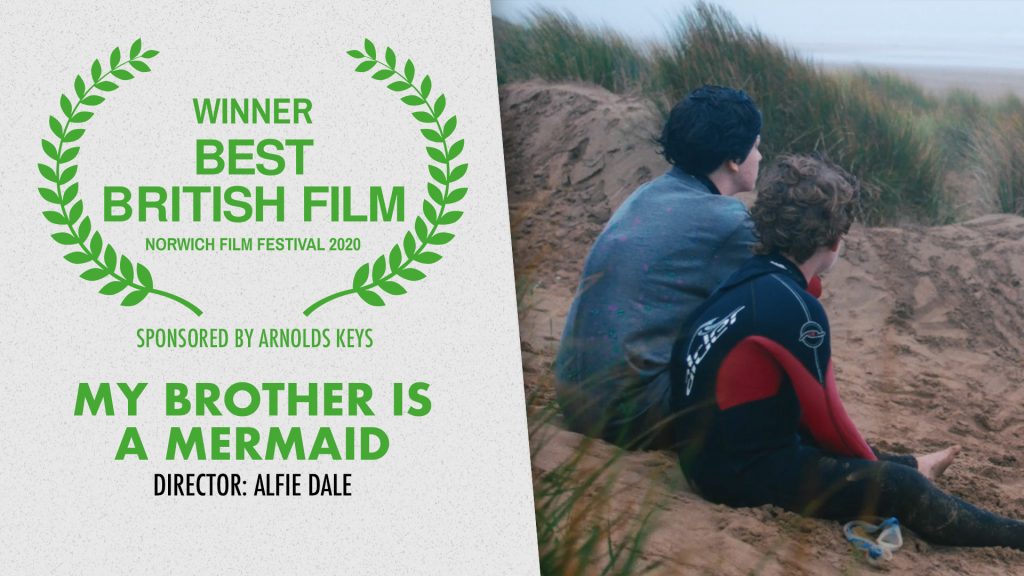 My Brother is a Mermaid is a social realist fairytale about a trans-feminine teenager, as seen through the eyes of their 7 year old brother. Set in a desolate and prejudiced coastal town, the film examines how a child’s unconditional love can be a powerful and disruptive force for good.

Just a short note to compliment My Brother Is A Mermaid. I was very impressed with this film in all its aspects. Great, naturalistic performances, memorable imagery and ideas to ponder.  It was, for me, the clear winner. I am curious to see what this filmmaker does next.

James Marsh (The Theory of Everything, The Mercy, Man on Wire) 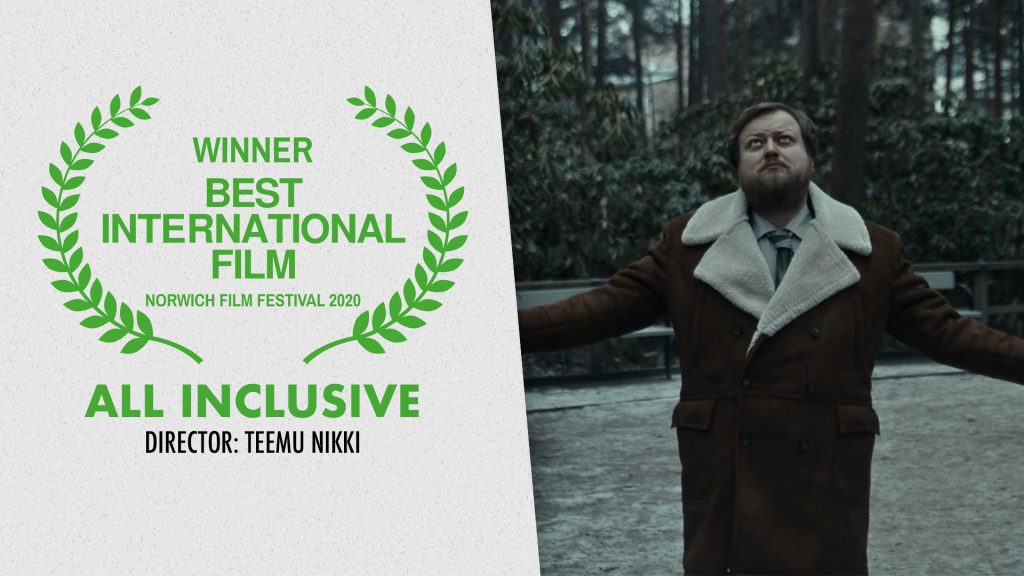 Kalervo has felt powerless all his life, unable to fight back, until Annukka—a woman who loves him—gives Kalervo a life altering gift. Like with many of director Nikki’s works, All Inclusive can be interpreted in many ways, but at the core it’s a film about power, love and change. If you could right the wrongs in your life, would you, and would you stop there? 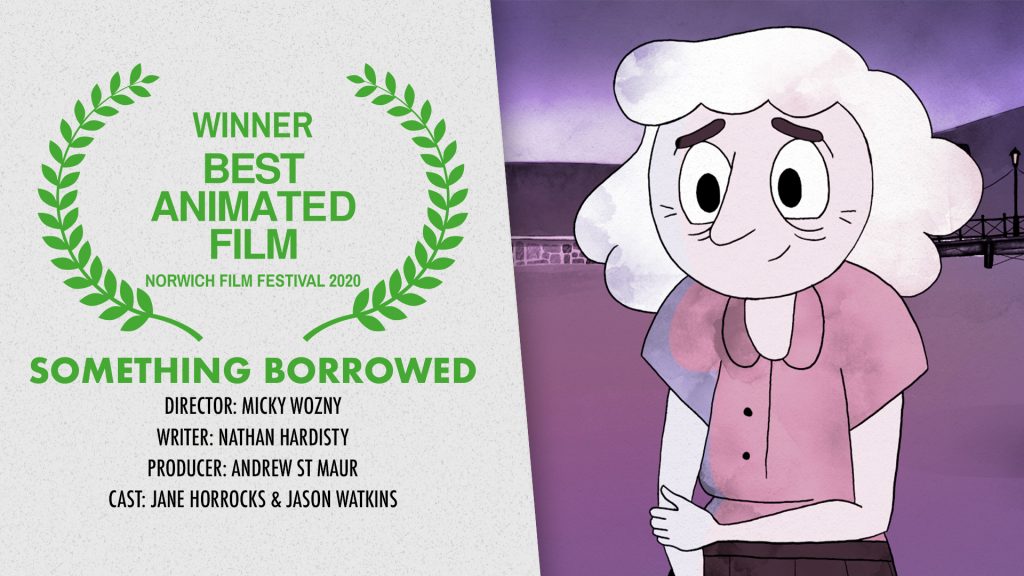 Pen to paper, a sweet old woman (Jane Horrocks) can’t find the right words. But when she lends her pen to a hopeless young chap (Jason Watkins) a whirlwind of a chase ensues. Struggling to reach him, she begins to realise it’s more than just words that elude her.

Something Borrowed was a beautiful use of animated storytelling which used the medium in a lyrical way that supported the message. Micky Wozny created a story about dementia that was most likely very personal, yet found a way to pull the audience in to experience in a personal way for themselves. The story was intriguing, unexpected, and poignantly powerful in a way that brought tears to my eyes.  The 2D production design and use of animation throughout was a perfect partner to the story.  Well done!

The film’s use of animation to convey memory and loss of memory showed the audience without telling us what to feel.  The hint of the colour violet was thoughtfully used throughout.  Overall the film was heartbreakingly lovely without feeling maudlin;  both a celebration of life (or lives) while acknowledging human loss. 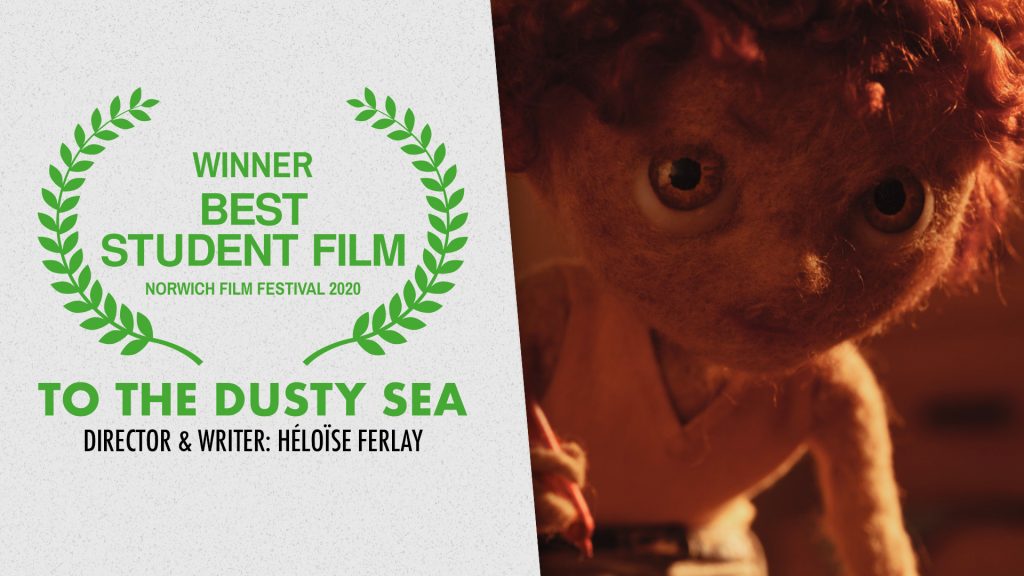 Left alone in the deepest of the summer, Malo and Zoe are trying their best to catch their mother’s elusive eye… 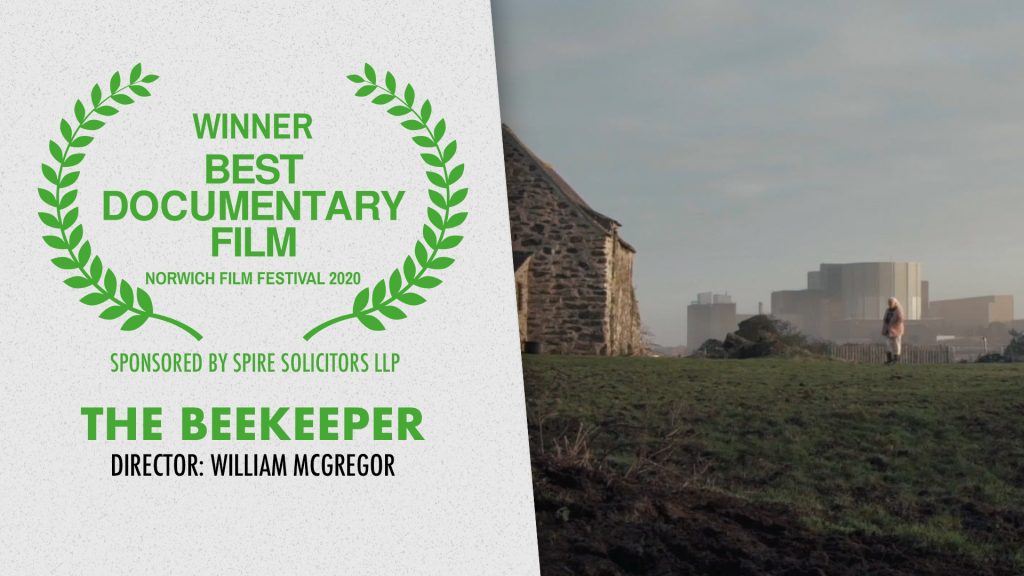 A beekeeper on the island of Anglesey faces losing her ancestral home to the development of a nuclear power plant. 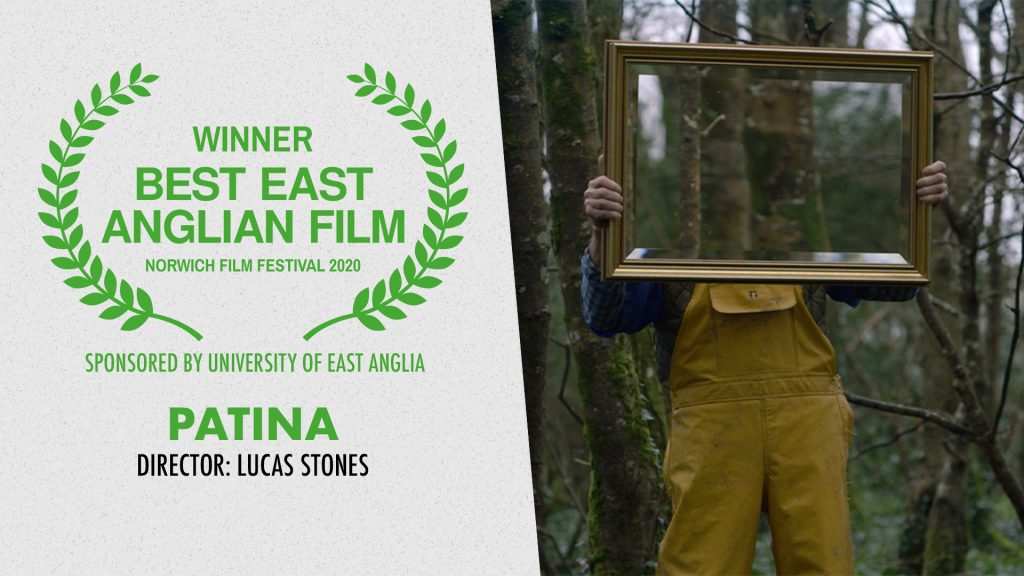 In a society that stresses the burdens of ageing, Patina frames old age in a personal and progressive manner. Human and natural landscapes blend to form a response to beauty standards and eco-anxiety.