Could you give us a little introduction to yourself?

My name is Hugo Le Gourrierec. I’m 30 years old and I’m from Chambéry in the French Alps where I grew up for 20 years before studying cinema. I’ve been an assistant director for 8 years now and I’ve been lucky enough to work with directors that I respect a lot and with whom I’ve learned a lot on each shoot

How did the idea for Pipo and Blind Love come to be and what drew you to tell this story?

The idea for this film was born when I was 15 years old after my first break-up. When I was a teenager, I thought I could only say “I love you” to one person, it was excessive love, passionate love, maybe too strong. So without any hindsight, everything was in the emotion, and of course, you break up.

Nothing very serious in retrospect but it traumatised me at the time to have given all the love I had in me to a girl who cheated on me.

Anyway… I grew up with the idea of making a film about the incompatibility of love between a deaf man and a blind woman, then the idea changed over time and I wanted it to be more universal. I discovered the works of G.Orwell, I became interested in geopolitics, in communism and also started to read a little science fiction.  Soon I fell in love again and I gave it my all again until I was exhausted, and I exhausted myself making this film because no one wanted to produce it, I had to fight to find the money.

It was very complicated, but we did it. This film is a bit the result of exhaustion in love and in art, in passion, in the face of disinterest.

The visuals in Pipo and Blind Love have a wonderfully unique and distinct quality to them. What was the process like creating such a dystopian world for Pipo to inhabit?

I wanted this story of love and transmission to take place in a coal factory. I was fascinated by the factories in the North-East of France, I had the impression that they were enormous metal whales that spewed smoke, that they were alive, a sort of cloud machine. Then I found that I had more and more difficulty formulating what I felt, I couldn’t find the words, as if I was cruelly lacking in vocabulary, so I decided to lock my characters up in a society that recommends that human beings not speak, not communicate, to avoid any exchange, any relationship. 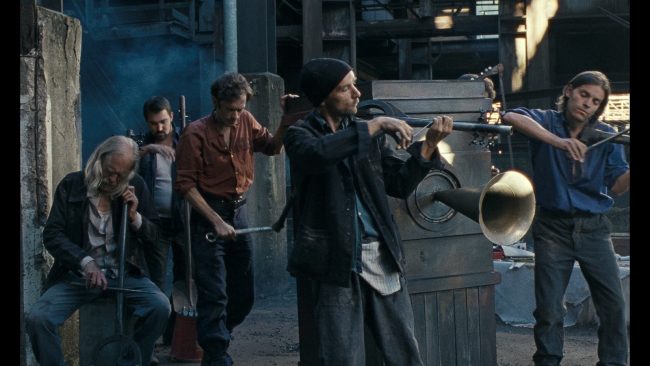 This universe was then built with Mathieu Buffler (set designer), Juliette Milon (costume designer), Bastien Legros (graphic designer for propaganda posters), Geoffrey Perrier (sound editor) and Vadim Alsayed (cinematographer) – they asked me about my universe, I had to answer them so that they could draw on their ideas, it was a real team effort, they just needed certain elements of my imagination to grasp the atmosphere I wanted, and materialise it. The factory became a big, monstrously beautiful metal fish and my characters could finally come to life in this universe that controls them.

I love the lack of dialogue within the film, it really draws you to the characters? Why did you choose to leave dialogue out of the film?

I answered this a bit in part of the previous question but I find that sometimes dialogue is confining. What saddens me is that language was created to bring together and not to divide. I have the impression that we spend more time hearing negative words than words that bring people together.

That’s why in this universe I preferred to ban language, and it had to be written in black and white on the propaganda posters. In the end, it is in the looks, the facial expressions, the actions that motivate the characters, their emotions, their intentions that we transmit something more universal, love, without words.

Maybe I don’t know how to write dialogue, but in any case, it will be the same for the next project.

There will be a few lines of text, but really very few. I think it’s better for a spectator, you tell your own story.

A character is a shell full of things that are sometimes too complex, I prefer people to make them their own without words.

Similarly, What was it like directing actors without any dialogue? I imagine it was quite a challenge.

During the casting with Nicolas Benoît (casting director), he directly recommended that I work with a dancer and a model. Pipo is always moving, his body expresses itself in space, his movements break the rigidity of the architecture of this strict factory. And the young woman is very static, emotionally dead, she needed a face and a look that crosses the screen. 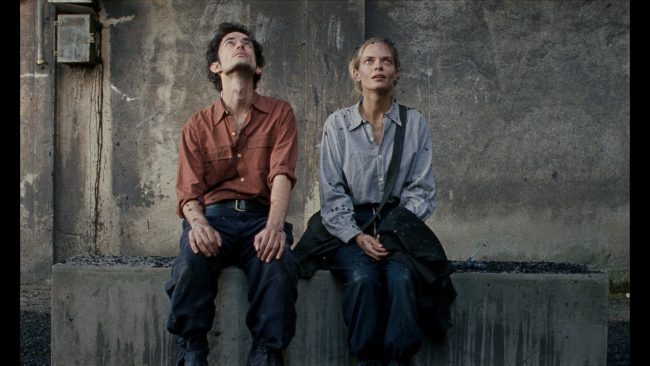 I followed him in this choice of casting and we worked with Anatole Zangs and Solange Fréjean. Everything was already written in the script, but we had to make it our own in the factory.

So we looked for the way the characters would walk, their looks, their attitudes (they really don’t look like that in real life, it’s quite amazing), we confronted them with a friend, an assistant theatre director (Quentin Amiot), with various exercises to see how they would react to this or that thing.

They had to be always in opposition, for example, the sun is soft for Pipo when the sun burns the skin of Solange who goes to hide under a tree to have shade. It was quite fun doing all these exercises. Then we repeated it many times. On the set, it was integrated, they were Pipo and Solange and they could improvise if they wanted to.

What do you hope people take away from Pipo and Blind Love?

I would like them to feel Solange’s emotion when she rediscovers what the world she lives in is like. Emotion is sometimes hidden in the details, and it is through our imagination that the cold, gloomy veil of a sometimes sad existence slowly falls away, revealing the desire to love, to create and to share.

There is always a thrill somewhere, a reason to rekindle our dormant imaginations, to share our desires until there are none left. I hope that people will not hesitate to live what they fully want, to stop the machine, because then everything becomes possible, everything is not so ugly, a collage of propaganda posters can become a beautiful canvas like a window on the outside. Imagine for two seconds that a populist speech becomes a humanist poem, let’s have fun with what depresses us.

The limit is our imagination.

Did the Covid-19 pandemic affect your production at all? If so, what was the experience like?

I was lucky enough to see my film exported to over 150 festivals around the world during the pandemic.

I didn’t have the chance to meet the public, but that doesn’t matter, it’s the film that counts, the rest is a pure ego trip.

It was shown on the walls of Amman in Jordan during the curfew, Mendelssohn’s music was echoing throughout the city, people sent me videos, it was spectacular to see this film projected in a city under curfew with the inhabitants at their windows.

It was shown in a Drive-In in the United States, in a church in Armenia, in shanty towns in Mexico, on a nomadic boat in Belarus which shows films in villages with no access to culture, in short, there are those who have not lacked the imagination to show and make our films live.

It was very moving to see all these photos and selections.

Are you excited about this years Norwich Film Festival?

Your festival is one of the best selections we have had for this film, I was very surprised when I read the selection email.

I didn’t think that our film could be selected for such a big festival. I’m more than honoured and I’m a bit at a loss for words.  I’m quite moved by this selection because the Norwich Film Festival is known and recognised internationally. Thank you for giving it the opportunity to be seen on such a large scale. 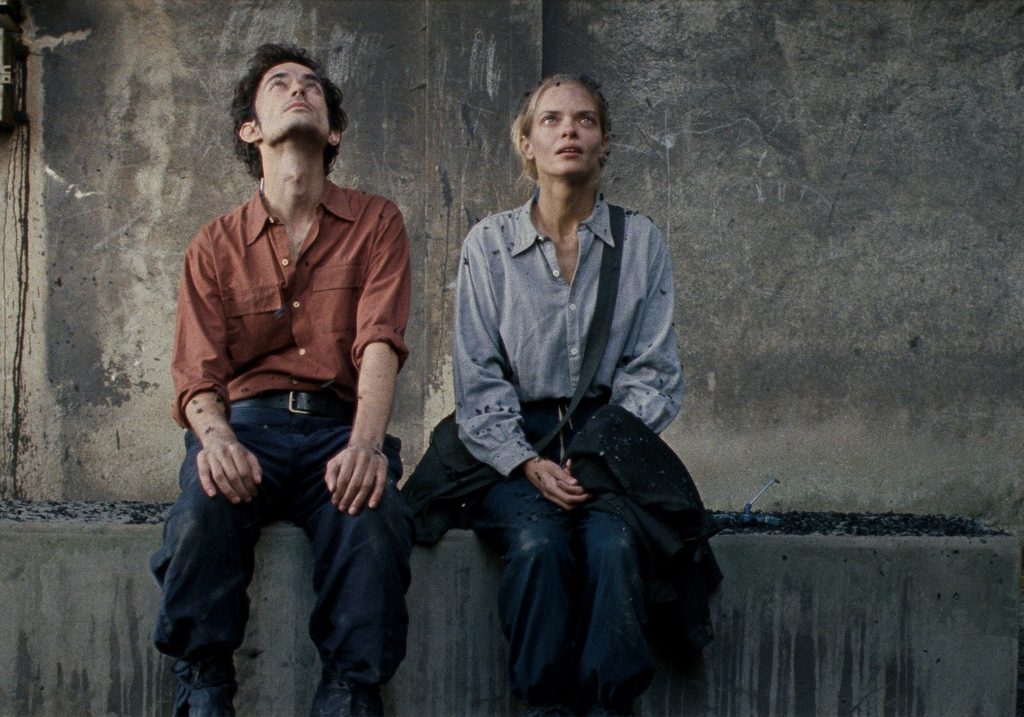