The Norwich Film Festival (NFF) recently completed an exclusive interview with the incredibly talented writer/director Carol Morley. Her credits have included The Falling, The Alcohol Years, and Dreams of a Life. We spoke with Carol about her work in film and she had this to say…..

NFF: What was the most difficult obstacle when making The Falling and how has that changed from when you were making The Alcohol Years?

CM:  I think the biggest obstacle is always finding the finance! There are no-budget ways of making films, but if you have ideas that need money, then financing what you want to do the way you want to do it is the biggest obstacle. That’s the case I think for every independent filmmaker. What The Alcohol Years taught me though was to never give up – every independent filmmaker needs to keep holding on to why they want to make the film, and to not let go of that energy and inspiration. I remember years ago being at some panel for filmmakers, with a commissioning editor from TV, and he said “the problem with you filmmakers is you cant let go of things, you need to kill your babies and move on.” I really feel you that it’s wrong to kill the ideas you care about, you must hone them, keep believing in them when nobody else does. That way you make the kinds of work that reflect what you care about.

NFF: What was it like making Dreams of a Life, when you were dealing with someone else’s story rather than your own? Were there any boundaries that were set in terms of narrative?

CM: I was always conscious that my endeavour was to pay tribute to Joyce Vincent, not to expose every facet of her life, or to place blame and close down possibilities. I always felt that if too many elements were answered, it would do a disservice to Joyce and her life, so I avoided creating easy answers, and a comfortable closure. Having made The Alcohol Years, which looked closely at a number of years in my life in Manchester, I was more than aware that what documentary does is re-construct and give versions of a life, and can only aim for authenticity – so when a documentary claims to be ‘the truth’ I always get annoyed!  But having made The Alcohol Years and exposed elements of my own life, I felt more comfortable making a film about Joyce’s life.

NFF: What was it like working with Maisie Williams, do you see a change from working from up and coming actor/resses to established actor/resses?

CM: Maisie  was so totally right to bring Lydia in The Falling to life. She is extremely talented and was a joy to work with. Because she’s had so much experience on sets  I asked her to talk to the other young cast who hadn’t been on a set before about what it involved, to get them familiar and comfortable. On the whole though I don’t really think about an actors experience, I am more interested in what they need from me to help them bring the character to life. Every actor is different in what they need, and I try and give them what they need. I always imagine that it’s everyone’s first time and that we are all learning the way to make the film we’re about to do.

NFF: As your films are based on your own life experiences, do you see yourself making a film about the production of your first films? Kind of like a ‘film-ception’

CM: Well, I can’t imagine that, and I’ve never thought of it. But you never know, now you have put the seed of that idea into my head, it may grow!

CM: Well my favourite parts are the making of it, and then when the film meets an audience. My least favourite parts are just how much the market has a say in films nowadays. I read someone that back in the 1970’s films were made and the marketing people had to figure out how to market them, but nowadays the marketing people have a much more powerful role in the kinds of films that get made. This may seem worlds away from independent films, but I think it has a knock on effect, even to low budget films as it effects how sales agents and distributors and exhibitors work.

NFF: I am always interested to hear, to what extent does critical reception mean to you, and is it something that is still needed now?

CM: Critical reception is crucial to films like mine that don’t have big marketing budgets. Reviews and write-ups help the film get seen, so they are enormously important. I try not to get too involved in the reviews – or the social media opinions – but it’s difficult not to at times. It’s a scary time when your first review comes out! But exciting too, because it means someone is paying attention to your film – whether the review is good or bad, you film is getting written about!

CM:  My advice would be to build relationships with people that you can work with now and in the future. It can be a lonely and baffling experience being an independent filmmaker – so collaborations can be very important.  I met producer Cairo Cannon at an evening class years ago, and it’s been brilliant to share our goal, and we have made a number of films together.  I worked with editor Chris Wyatt on Dreams of a Life and The Falling and it was such an important and inspiring collaboration.  The best advice I was ever given, was – never give up, because if you do, you’ll never know if it would have worked or not! – There have been times when I haven’t seen a way forward, and grown sad that my films might not get made. Dreams of a Life took five years to get the money for, and there were times when it really did seem like the project was not going to see the light of day, so it was incredibly rewarding that so many people took the film, and Joyce’s story, to their hearts, and that it keeps on going and being seen. So the best advice does have to be that, it’s simple but true – NEVER GIVE UP!

(Above – A still from Dreams of a Life)

NFF: How do you resemble your personal experiences in your narrative without it being too personal/overwhelming?

CM: I think you rely on your instinct. Sometimes things have to be overwhelming. There is no other way! Every filmmaker I know puts all of themselves into a film, whether they are obviously autobiographical or not.

NFF: You have also written and directed a couple of short films. How important do you feel making short films are for filmmakers who want to break into the industry? And what skills have you gained from making shorts previously?

CM: I’ve made a lot of short films. But I never saw them as short, I just saw them as the length they were meant to be. I’ve always disliked the idea of a short film as a calling card to get onto bigger things! I think when you are starting out as a filmmaker it makes sense to make shorter films,  but I would hope that people use it as a  time to experiment and try things out and fail, and to find out how they like to tell stories, and not to create something aiming to be too polished.  Every film I’ve ever made I’ve learnt so much, about all aspects of filmmaking, and the process of getting a film off the ground, and I never stop learning! It’s endless -but that’s what I love about it.

NFF: Discussing short films a little bit further, do you feel there is a need for filmmaker’s to showcase their work at festival’s? If so, how important have film festival’s been in your career?

CM: Festivals are without a doubt so important. They are a platform to share work with people and to meet fellow filmmakers if you are able to attend. You feel part of something. It makes you want to carry on and make films, even when that can be a struggle at times. I have made friends for life at film festivals, from all over the world, and they have enriched my life. You get to see films that you may never see and you get to talk about your own work and hear others talk about theirs, as festivals usually have Q&A sessions and designated places where filmmakers can meet. Also, recently, I received an academic book and The Alcohol Years had a chapter devoted to it, and this was from someone that as a student had seen The Alcohol Years all those years ago at an international festival. While only a few of the A list festivals may get a lot of press, my favourites have always been the ones that are not about the market, but about creating a spirit of connection and community amongst filmmakers and filmgoers. 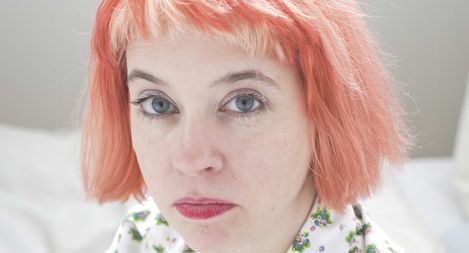