The Norwich Film festival spoke with actor, author and festival judge about his amazing work in film, TV, theatre and now has an accomplished author.

Hugh, is perhaps best known for playing Captain Hastings in the television series “Agatha Christie’s Poirot” and  appearing as the Duke of Wellington in “Sharpe”.  Amongst his film credits are roles in Patriot Games, The Draughtman’s Contract, 101 Dalmations, Clint Eastwood’s Firefox and The Man in the Iron Mask.

NFF: Hugh, let’s start at the beginning how did your acting career start? Did you know this was also something you wanted to pursue?

HF: I had always enjoyed acting in plays and devising and performing sketches at school and when got a place at drama school I completed the course and started working in rep.

NFF: Over the year’s you have worked in a variety of different mediums including Theatre, film, TV and now as an author. Which of the mediums do your prefer and why?

HF: All mediums have their advantages and drawbacks but I like the immediacy and the co-operative nature of film and TV where the camera can catch an unplanned moment that may have occurred spontaneously and preserve it. Writing is more of an individual process where the author has complete control and responsibility for the final result. It can be demanding, but also rewarding.

NFF: You have the pleasure of working with Clint Eastwood in the 1980’s film “Firefox”. What are your fondest memories working with him as a director and what did you take away from that experience as an actor?

HF: Clint Eastwood is a real gentleman. I was nervous of working with such a big star but as soon as I arrived on set in Vienna he put me at ease with his warmth, charm and easy good humour. His direction was flawless and the laid back and relaxed atmosphere he created on set allowed everyone to do their best work.

NFF: What challenges do you think face younger actors today? Is there any advice you can offer actors?

HF: It has never been easy to begin and sustain a career in such an overcrowded profession and that has never been more the case than it is today. All I can suggest is to apply for everything, take advantage of any opportunity that presents itself, and if there is no work available, get together with mates and make a film for YouTube or put a show on in a room above a pub.

NFF: What advice can you give to actors, when they are working in front of the camera? Have you been provided with any memorial words of wisdom?

HF: I wouldn’t presume to advise on that one. There are no rules that I’m aware of apart from having a firm grip on the lines and being open to what’s happening around you.

NFF: You have had numerous roles on stage in the theatre, how well did Theatre prepare you for film/TV? Do you think this is a must for actors to experience life on stage prior to hitting the screen?

HF: I’m not sure that it is. There are many examples of excellent film/TV actors who have never performed on stage.

NFF: We must discuss the long raining success that was Agatha Christie’s Poirot, what first attracted you to the role of Captain Hastings and what do you feel was the secret to its long running success?

HF: I was attracted to the quality of the initial scripts by Clive Exton and Antony Horowitz and then when I met and read with David Suchet I felt that we would work well together. The success of the series and its longevity is, I believe, attributable mainly to David’s iconic performance as Poirot. The overall production values and the excellent script adaptations were also an important element of the success of the series.

NFF: Hugh, did playing the iconic role of Captain Hastings in Poirot, encourage you to want to be a crime writer? If so, what is it about the crime genre that interests you?

HF: I enjoyed reading the crime fiction genre long before I played Hastings and I just decided to try to write the kind of book I would like to read myself. I’m afraid my books are quite a long way from the genteel world in which Agatha Christie’s novels are set, having a rather darker and more violent aspect.

NFF: and as a follow up, would you want to adapt one of your books into a screenplay?

HF: I’d be delighted to adapt them for the screen.

NFF: Hugh, we are incredibly excited to have you on board judging some of the best short films submitted to the Norwich Film Festival. What are you hoping to see from the short film’s submitted to this year’s festival?

HF: I am looking forward to seeing exciting and original ideas, and perhaps new techniques and style that can be brought to the short film form.

NFF: The Norwich Film Festival is passionate about supporting filmmakers to develop their craft and learn from others. We feel film festivals are pivotal places for this happen – what are your thoughts around the importance of film festivals?

HF: I think film festivals are vital to the development and expansion of the film industry and the opportunity for new film makers to enter the industry and attract funding and support for their work.

NFF: Finally, what is next on the horizon Hugh? Can we expect any more TV outings or books?

HF: No plans for any TV outings at the moment. I am currently enjoying playing Dan Dare’s uncle in an audio version of the classic Eagle Comic sci-fi adventure series, starring Ed Stoppard. My second crime novel ‘Threat’ is to be published on July 23rd 2016. 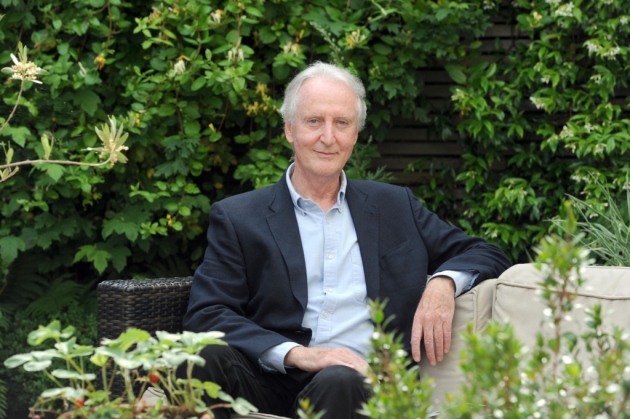