Joan began as a first assistant editor on such projects as both of Quentin Tarantino’s Kill Bill films. She then moved to the principal editor with 2002’s Oscar winning short film The Accountant and the 2005 feature film, The Quiet.  Since then she has worked with Tom Ford twice on A Single Man and Nocturnal Animals. Some of Joan’s additional editing credits include Admission &The Perfect Guy.  The Norwich Film Festival is also delighted to welcome Joan as one of our 2017 film judges.

Joan, firstly congratulations on the nomination for a BAFTA in editing at this year’s festival – Nocturnal Animals was an incredible film and offered a master class in editing a variety of different stories. So this leads me nicely on to our first question:

NFF:  Working on a project such as Nocturnal Animals must have been quite a demanding and overwhelming process at times. I was wondering how you as an editor manage this process. What is your typical process like when you sit down to edit a scene?

JS: I always have the script in my head, so that I know exactly where this scene falls within the story, and what this scene conveys in relation to what has come before and what will come after, even though none of those scenes have been filmed as yet.  Once I receive the dailies for a scene, I re-read the preceding scene, the scene that I’ve received the rushes for, and the scene that follows.  Then I watch all of the dailies for the scene and take copious notes, almost exclusively about performance.  I make decisions based upon performance as to where I want the scene to go….what moments I want to emphasize….which nuances that an actor is displaying that I want to make sure ends up on the screen.  These might be the tiniest of gestures, but they convey everything….often more than the dialogue, at times.  Then I dive in!  Building and sculpting and making decisions every second.  Working and massaging the scene over and over until it is flowing into the narrative, connecting the visuals, and especially, supporting the performances.

NFF: Previously working with the brilliant director Tom Ford on A Single Man – Did this make it easy for you both to work collaboratively together on Nocturnal Animals? If so, why?

JS:  Yes, because I instinctively can get quite close to what Tom’s intentions are while he is still actually shooting the movie, and while I am editing alone in the cutting room.  Working together on A Single Man made collaborating on Nocturnal Animals almost symbiotic.  Even without talking with Tom on a daily basis, I could tell from how he was directing the film and the actors where he wanted the scene to go.  And if I was off base, we would then work it out together in the cutting room.  The creative collaboration was and is incredibly exciting.  Tom is brilliant and his creativity is positively explosive!  What an incredible joy it is to work with him!

NFF: Nocturnal Animals is multi-layered in its storytelling – what was your favourite scene to cut in the movie? And what is it about that scene that resonates for you?

JS: Wow….there are so many.  Just from a performance standpoint, I would have to say the scene with Laura Linney and Amy Adams.  They were on fire, and their chemistry as Mother/Daughter was electric.  Every take was brilliant.  That scene is integral to the understanding of Susan’s motivations and choices throughout the movie and throughout her life.  The scene on the side of the road, when Ray abducts Tony’s wife and daughter was an incredibly challenging scene to cut.  Besides the amount of characters and the handheld cameras swinging back and forth, the challenge was in very slowly building the tension until it became unbearable. ….of placing the audience in the shoes of both Tony and Ray….of being drawn and repelled by Ray, questioning his motives as Tony does, and questioning Tony’s actions or non-actions.  It was a study of, an emotional journey through society’s definition of male behavior…what is considered strength and weakness….of the capacity for good and evil….of decisions good and bad…of regret for those decisions.

NFF: Was there any particular scenes that you wished had not been cut from the final version of Nocturnal Animals?

JS: No.  Tom was never precious with any scenes that we both felt should be cut from the final, and he wrote the script!  Now that is unusual.  But it was clear when a scene wasn’t necessary, when it wasn’t adding to the story or to the characters.  Being precise and sharp and getting to the heart of this movie was what we both wanted in telling this story.  So those scenes just fell away and weren’t missed.

NFF: You have worked on some incredible films including First Assistant for Sally Menke on Kill Bill. Quentin Tarantino is another masterful storyteller and director.  How was it being part of this process? As an editor, what did you take away from working on a film such as that?

JS: Working with Sally and Quentin was a huge learning experience.  Sally was a great editor and I miss her enormously….especially her sense of humor.  Sally cut for performance.  When I look back, I realize how much I approach editing as Sally did, how much I learned from her about pacing, and tension, and when to build something up and when to let go.  She was a master at that.  I loved to see what she would do with a scene after the dailies came in.  Always exciting….and that’s what I feel about editing.  It should always be exciting how a story is told.  Sally would strive to be concise, to find the essence of the story.  I am the same.  The challenge is to tell a story in a different way…..from a different perspective or to abstract it.  I never want to be bored watching a movie.  And working with Sally and Quentin…..you were never ever bored!!!

NFF: Editing, is quite a competitive field. How did you break into the editing business? And what was it about being an editor which really grabbed your attention?

JS: I started out as an illustrator, and was always drawing and painting since I was a child.  I was a studio art major in college, also dabbling in photography and film…but more on a conceptual level.  I was completely enamored with Maya Deren!  I also watched movies from when I was little….with my Mom.  Watched everything, from Fellini to Buñuel to John Ford to Bette Davis to Lubitsch.  I was in love with movies.  When I was in my 20s, a friend of mine shot a documentary short and wanted to know if I would like to work in the cutting room gratis as an assistant.  I did and never looked back.  It was everything that I loved about drawing and photography and telling stories and performance. Basically, I was extremely motivated and extremely in love with cinema.  I lived and breathed movies. When I moved to Los Angeles from New York to pursue film editing, I both persevered and was incredibly lucky to be in the right place at the right time!

NFF: Thinking about budding editors out there who are trying to break into the industry – do you have any advice for those wanting to get into the field of editing? Any top tips??

JS:  Yes.  If you are truly passionate about movies, then see everything…especially old movies (and I’m talking OLD!).  Go back to the early days of cinema…to the silents.  Study movies by seeing them…there are so many that even if you mention their names, I instantly get excited and want to watch them all over again.  If you really love movies, and if you are willing to put in the long hours and hard work, and if you can stick with it even when things look grim…you will make it!

NFF: I am interested to learn about how do you adapt your approach to editing for so many different projects?

JS: Because every project is new and fresh and exciting.  It is a puzzle to solve and there are endless possibilities of how to solve it.  And there are the performances….watching the actors and nurturing and protecting their performances….and then seeing what happens when you cut those performances together is truly magic.  When I am editing a scene, I am feeling what the actors are feeling and what you hope the audience will be feeling.  My approach is to keep it fresh…always.

NFF: and how do you select what films you want to work on?

JS:  I select the films that I want to work on based upon if my response to the script, the actors cast, and the director.  All 3 of those are crucial.  You can read an amazing script that doesn’t translate into an amazing movie.  The reverse doesn’t quite work the same as it’s extremely rare for a bad script to result in a good movie.  However, with the right actors and a great director, it’s amazing what the results can be!  Always surprising, which is good!

NFF: Since you started working as an editor, how has new technology changed your job?

JS: Well, I do love working on Avid…I’ve been on an Avid since 1996.  However, there is a misconception with digital technology that it makes editing faster.  Editing is all about thinking and making decisions.  You need that time to think and to sit with the picture and that time to also step away from the picture.  When we were editing on film, that crucial time was built in to the schedule.  The new technology has eliminated-that time, and it is a mistake.  I would never want to cut on film again…..the Avid is so facile and you can keep your previous cuts and refer to them so easily.  But losing that thinking time, and that time to step away hasn’t helped movies to be better.

NFF: Finally, can you tell our readers a little bit about the next project you will be working on?

JS: I am actually working on a recut and it’s been yet another incredibly creative experience that I am very much enjoying.  And the actors’ are wonderful! 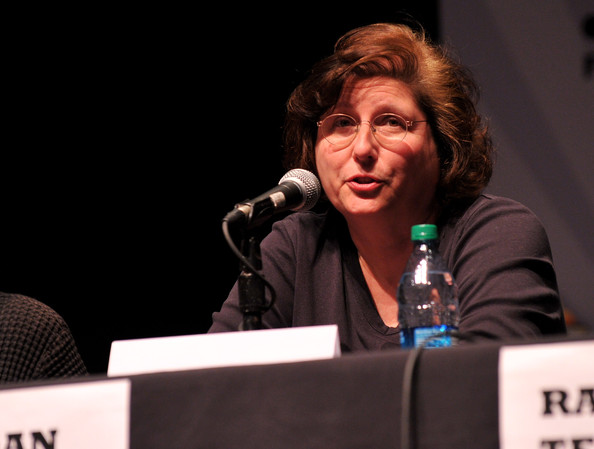