Friday night was better than alright for short films at this year’s 2017 Norwich Film Festival. Varying in length, subject matter and delivery, all the films in this selection are successes in a variety of ways. Some were hilarious, others pulled at your heart strings, but all of them were thoroughly entertaining

Connor O’Hara’s Infinite is a moving portrayal of friendship and brotherhood, as a young man arranges a final goodbye before his death. Using slow-motion images of the blazing fire – with the group of buds dancing wildly about, – paired with the film’s brilliant original soundtrack, the team at Lowkey Films manage to create moments of true poignancy.

Cameo Woods’ Real Artists feels very separate and distinct from other screenings in the selection, due in part to the fact it is an American film. But also this is due to the scope of the film and it’s story. Despite taking place in one “animation studio” the film expertly unravels a dystopian, technology-ruled setting that keeps the viewer guessing right to the very end, and then leaving them wanting more.

Anushka Naanayakkara’s A Love Story similarly offers something very different. The BAFTA winning short is the only animation in the selection, and the only one to show a romance between two velvety fuzzy creatures in some strange void of fluff. It is often mentioned how crucial it is to nail eyes in animation, and Naanayakkara does just that, creating mysterious characters that, somehow, you can’t help caring for. The film is simultaneously terrifying and heart-warming, deeply moving and utterly bewitching. the painstaking process that goes into bringing these mesmerising beings to life is evident, the team behind A Love Story should be applauded for their efforts (as they did in the screening).

Henry Scriven’s Push and Roman Gubin’s Pollyanna are both much shorter than the other films in the selection, which takes nothing away from their impact. Push is exciting and intense, while Pollyanna is poignant and beautiful in its simplicity, showing the internal frustration and deep desire felt by a young disabled girl.

Nick Flugge’s Cul-De-Sac is a great example of how a simple concept can work perfectly as long as you’ve got the right actors and characters to carry it. Mike Wozniak and Lucy Pearman are brilliant as the hilariously relatable Lottie and Chris Pond. The dialogue is sharp and snappy, the jokes are expertly crafted, and the chemistry between the two actors makes this short thoroughly enjoyable. Another film where performance is most prominent and commendable is Jonny Phillips’ A Simple Fracture. David Horovitch gives an intensely moving performance, and the film manages to capture the complex nature of suppressed memories through the use of editing and flashbacks.

Ethan Roberts’ One, Two, Three, the only documentary in the selection, is a charming insight into the struggles of musicianship. The three artists are so different but all equally interesting and insightful, and overall the film presents a great message – do what makes you happy. The last film in this review was also the last film in the screening.

Michael Sharpe’s The Dog and The Elephant – an adaptation of Cuckoo Collective’s one-man stage play of the same name, written by Matt Grinter – maintains the theatrical form of its source material. Sharpe adopts a stripped back style, focussed around one character and his narration. But the film format allowed for much more experimentation and accentuation, creating something both bizarre and beautiful. Jack Johns’ performance is utterly compelling; a phenomenal one-man-show, his Bendigo Barlow paints a vivid and disturbing picture of Victorian Romany Gipsy culture, and a moving relationship between a man and an elephant. The Dog and The Elephant acted as a fitting finale to round of an incredible array of short films. 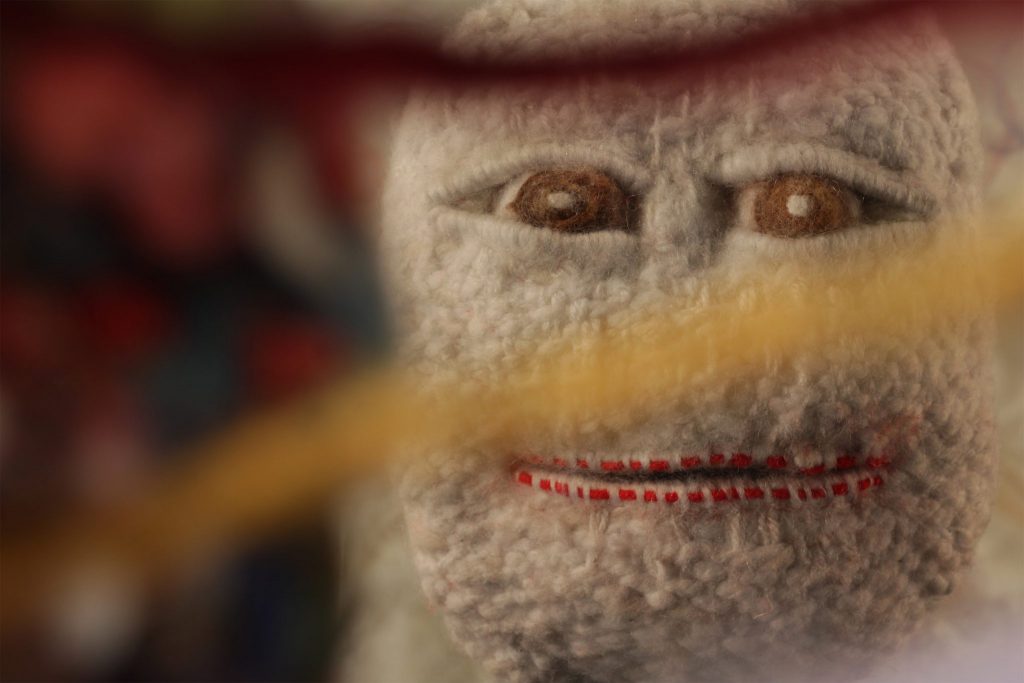