“I do believe in the power of story. I believe that stories have an important role to play in the formation of human beings, that they can stimulate, amaze, and inspire their listeners.” – Hayao Miyazaki 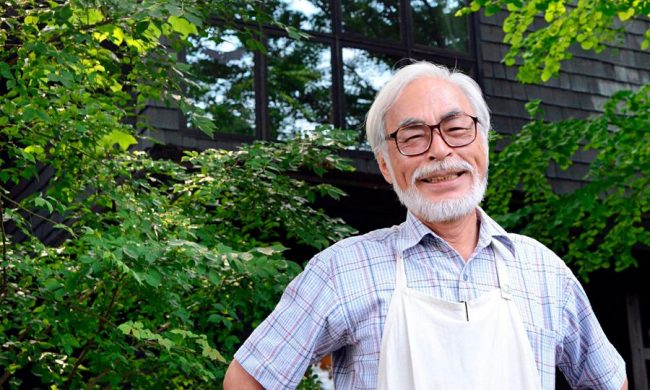 Hayao Miyazaki is a contemporary Japanese animator, filmmaker, screenwriter, author, and manga artist. He is the co-founder of Studio Ghibli, along with Isao Takahata, who died in 2018. The studio was founded in 1985, and its most recognizable symbol is the character Totoro, from the film My Neighbor Totoro (1988). Miyazaki directed his first feature film, The Castle of Cagliostro (1979), produced in Tokyo Movie Shinsha, which received unfavourable reviews. However, his breakthrough began in his next film, Nausicaä of the Valley of the Wind (1984), produced in Topcraft as he shows his individual style in his animated film. This led him to launch Studio Ghibli together with Isao Takahata to make the films that they desire. Like today, his masterpieces led him to international appreciation and left his mark in animated and worldwide film history. Miyazaki is, in fact, one of the most prominent directors for producing an emotionally relatable story, beautifully developed characters and bringing life to every moment of his films.

Miyazaki wants to make films for children as he has said: “All my films are all my children.” However, the underlying messages in all his films are deep and profound. They can’t be easily understood by children, as they are connected to the world around us. Miyazaki has is inspired by his everyday life, and he believes that children “need to be in touch with the real world more.” In a way, his films teach the children to appreciate the beauty of this world, but he also reminds us, the teenagers and adults, of the current society. His works emphasize the theme of love, environmentalism, feminism, pacifism, and family. He works on the nature of humankind, and he trusts the power of the single image to show the full range of emotions. Miyazaki’s work is beautiful, magnificent, and heart-warming that couldn’t have come from anywhere or anyone else.

A remarkable early work produced before Studio Ghibli was founded, Miyazaki emphasises his environmental concerns in this film. A world dominated by immense insects, set in a post-apocalyptic landscape with the existence of toxic gas and creeping jungle. Nausicaaä, a young princess of the Valley of the Wind, finds her way to explore the wilderness and finds a way for humans and insects to co-exist in the world. The film is imaginative and breath-taking, and has been recommended by the WWF. 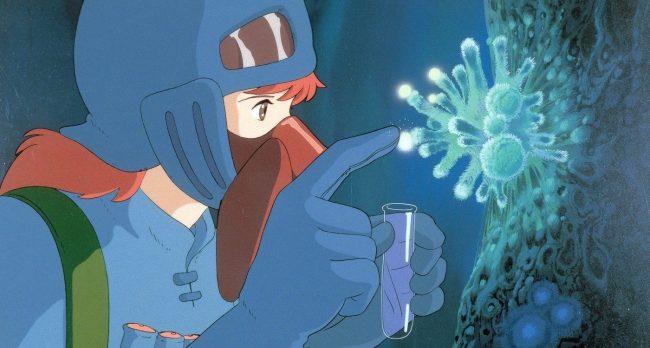 Studio Ghibli’s first official film, this appealing story is much more than simply an adventure of Sheeta and Pazu keeping a magic crystal away from the military agents while searching for the castle in the sky. The film highlights a moral theme that emerges of compassion over the corrupting power. Laputa, a legendary place with gardens and decrepit robots and one enormous tress that its root reaches to the deepest core of the city. It’s definitely one of the great imaginary places of Miyazaki’s film. This film is one of the most accessible films to recommend, especially to newcomers. 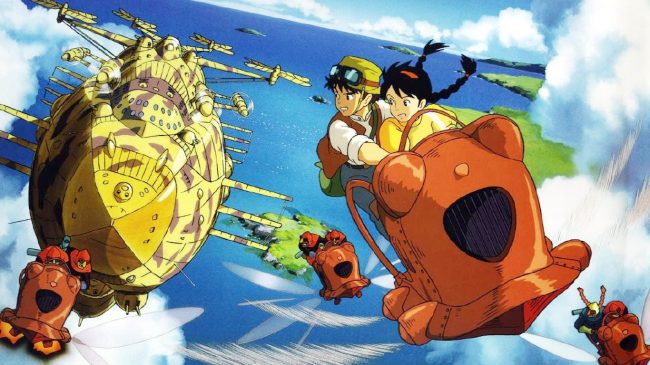 A classic masterpiece by Miyazaki, this film is his most iconic work up to date because of the character Totoro – a giant magical rabbit cat creature, a woodlands spirit. The film tells a simple story of two sisters who move to a small house in a rural area because of their sick mother. They discover the magic of the natural world, the tiny dust balls, different sized creatures, the cat-bus and Totoro. My Neighbour Totoro is a heart-warming and lovely film that takes us back to our childhood -as an innocent and naïve child. 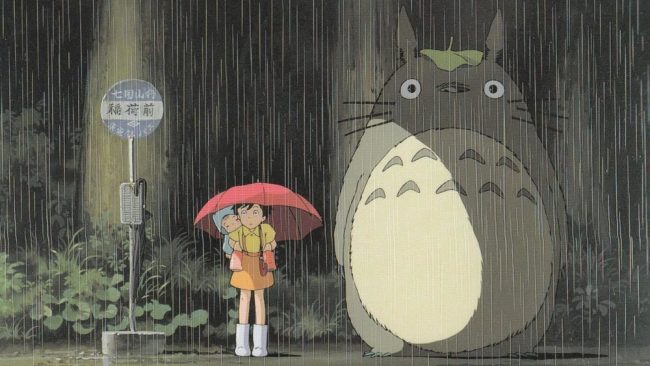 A 13-year-old girl, Kiki, leaves her home for training like other witches, taking her talking cat Jiji; she settles down by delivering for a bakery. She meets a local boy, Tombo that is obsessed with aviation. Kiki struggles to find a footing, and as she becomes depressed, she loses her magical abilities. Yet, she works her way through by believing in herself and overcoming the insecurities. Miyazaki highlights maturity and growth in this film, and the ability to become independent in the face of several problems. The film is utterly charming and very sweet-natured; Kiki’s world is rendered beautifully with the flying sequences. 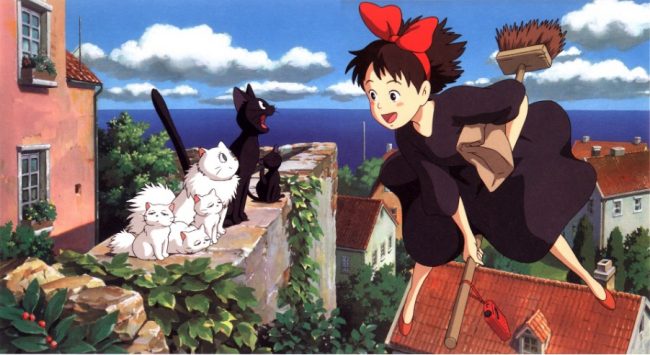 A thrilling and heart-breaking film that talks about the one that was left behind during the war. An ace Italian pilot who loves the colour red from WWI becomes a freelance bounty hunter after the war on the Adriatic Sea, alongside inexplicably turning into a pig after the war. As Miyazaki’s first Aviation film, he hides the cruelty of war and the trauma of soldiers behind this mystic story. The story becomes irrelevant in the latter film as Miyazaki portrays a middle-aged man’s desire-less life. Miyazaki is passionate about aircraft, despite the fact that these beautiful crafts are designed for wars. This affecting film peeks into Miyazaki’s mind and the questions that he asks himself. 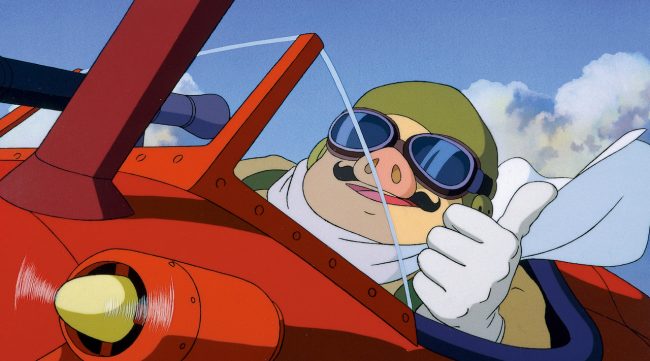 One of the most epic films by Miyazaki, constantly being ranked as his number one film, Princess Mononoke highlights the struggle between humans and the gods of the forest. The central theme is the environment as it underlines the destruction of the forest because of humans greedily consuming natural resources. In a way, it speaks powerfully to the current climate crisis, us humans seeking for more and more resources that bring damage to nature. Miyazaki deals with this balance beautifully, with the supernatural element included in the film. A complex, breath-taking, and elegant film, a must-watch film by Hayao Miyazaki. 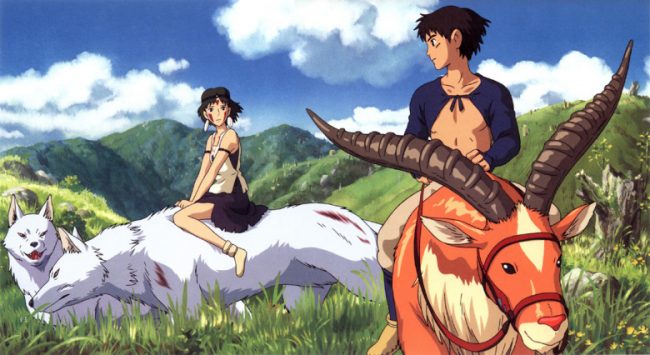 A magical and extraordinary film which won multiple awards like the Oscars for Best Animated Feature and the Golden Bear from Berlin International Film Festival. Spirited Away tells a story of a 10-year-old girl Chihiro Ogino entering the world of Kami, the Japanese word for spirits. Her parents were transformed into pigs by a witch, Yubaba and Chihiro had to work in the bathhouse to free herself and her parents from the human world. A terrifying but unique and appealing film that introduced Studio Ghibli to the world. It became the most successful film of Miyazaki with his highest-grossing film in Japanese history. Spirited Away carries you off to a place of pure imagination filled with an aesthetically-pleasing setting and eccentric characters. The film is emotionally deep, touching, and thoughtful in many ways. It’s certainly a must-watch film by Miyazaki. 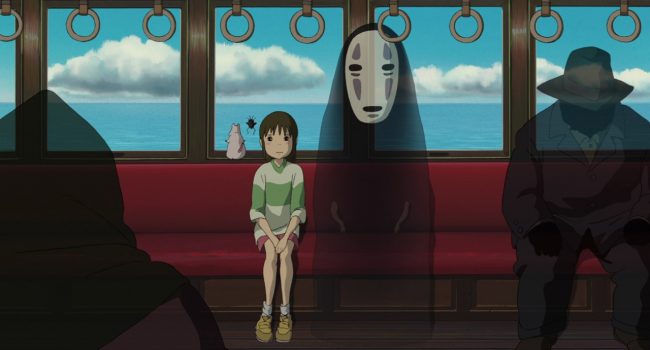 One of the most profound films by Miyasaki fills with many hidden metaphors. This film tells a haunting story between a Wizard Howl and Sophie, a lovely girl who has been cursed to be trapped inside an old lady’s body. The story is adapted from Diane Wynne-Jones fantasy book Howl’s Moving Castle. Miyasaki added anti-war elements into the film where the book does not have. It is more than just a love story in this magical world. Miyasaki, against the war in his whole life, weaves the cruelty of reality into this fairy-tale story. This film can’t be missed as it is Miyasaki’s personal favourite. 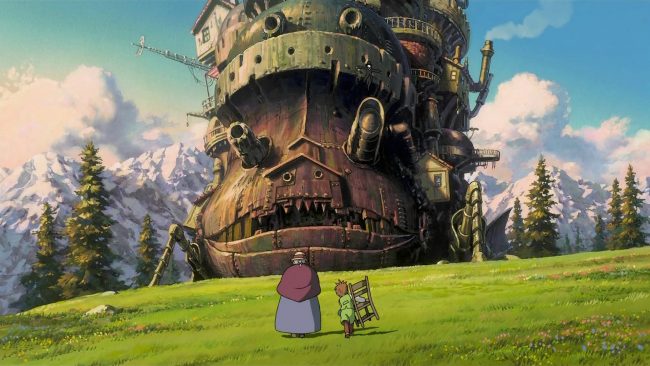 A cute story about a goldfish who escapes from the ocean to be saved by a five-year-old boy after getting stuck in a glass jar, before slowly turning human. This is one of the most kid-friendly films by Miyazaki after My Neighbour Totoro. The film is complex, exploring the multifaceted emotional level and the relationship between human and the ocean. Once again, Miyazaki has shown environmental concern but this is portrayed as more life-like instead of fantasy-like. The film is tender, sweet, and delicate – a visual feast full of stunning animation. 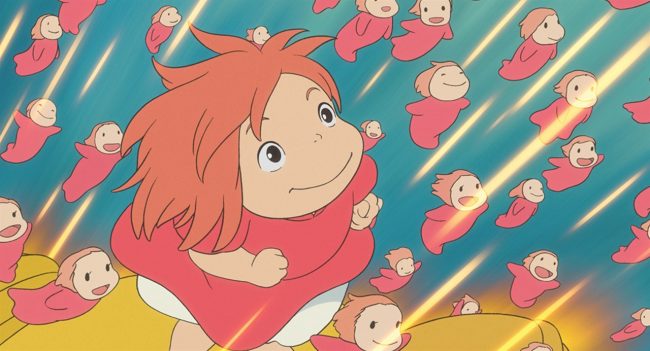 This is Miyazaki’s latest film, one of his most quietly affecting and changes in his film style. Miyazaki was inspired by reading a quote: “All I wanted to do was to make something beautiful”. The film was nominated at Venice Film Festival in 2013 and the Academy Awards in 2014. A film emphasising aviation during the second world war, a biography of Jiro Horikoshi, a Japanese aeroplane designer. The flight sequence in The Wind Rises might be one of his best-ever, along with a beautiful and heart-rending love story. This film is entirely different from his other films as Miyazaki feels that he has violated his initial intention in creating animation – films made for children. The Wind Rises has no aesthetically fantasy elements in the story and include all of his cinematic obsession: Japanese history, the beauty of the flying machine, the power of dream and the impact of war. 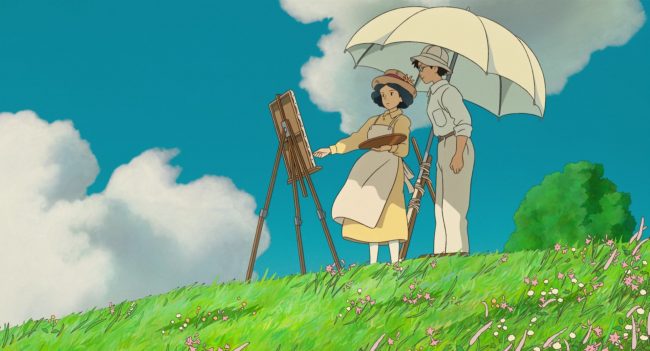 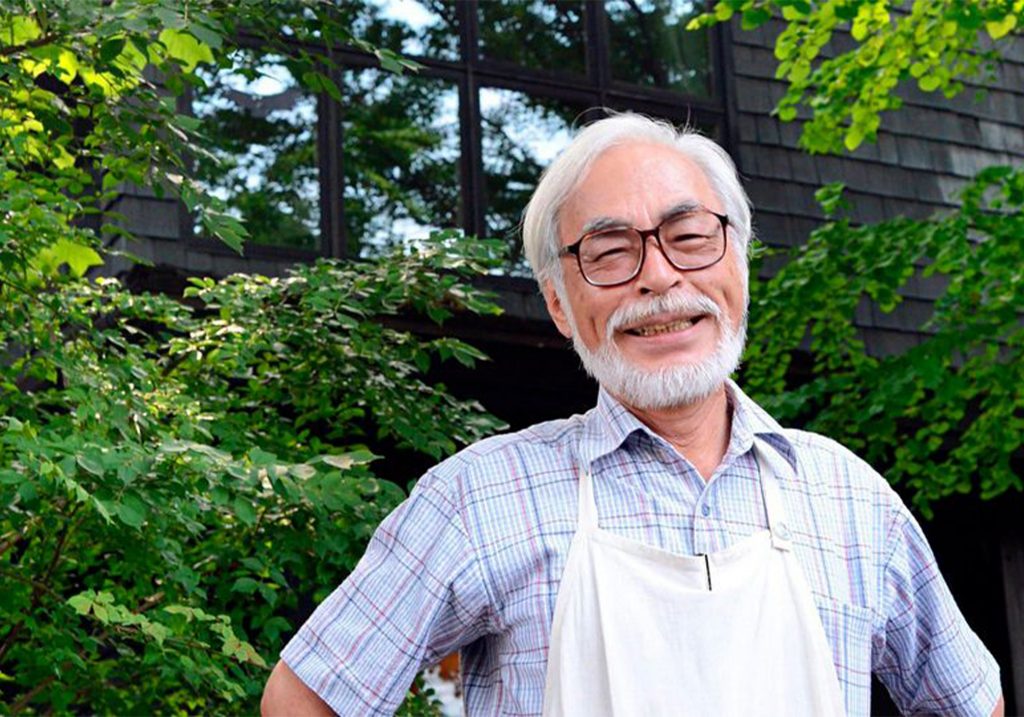