Exclusive: The Norwich Film Festival meets Bernard Hill to discuss his career, the importance of film festivals and his thoughts on the UK film industry.

Bernard Hill is a respected British actor of film, stage and television. Boasting a career that spans over three decades, Bernard has played a number of iconic roles such as Yosser Hughes (in Alan Bleasdale’s groundbreaking TV drama Boys from the Blackstuff), Captain Edward John Smith (in James Cameron’s Titanic), King Théoden of Rohan (in Peter Jackson’s The Lord of the Rings film trilogy) and Lunther Plunkitt, the warden of San Quentin Prison (in the Clint Eastwood film True Crime).NFF: How did you first get into the film industry?

BH: When I started out you could do TV, but I remember working at the Everyman and this used to subsidise our wages, and then, it was a while before I first made a film. I had been doing a bit of work in TV and stuff like that. I can’t quite remember what my first film was, but I think it was Ghandi, and at the time everyone was doing that film.

NFF: Do you have a preference for either TV or Film?
BH: It depends on the role really. I have had more satisfaction doing some roles in TV than film, but then I have preferred some film to TV. These days, film and TV kind of blend, unless it’s the big films obviously, but the lower films at the end of the budget scale are almost undistinguishable to some TV.

NFF: Did you identify any obstacles when you first started out in your career?
Yeah, when I started out you could do TV, but trying to find your way into films was really, really difficult. The British film industry was in the claws of a very small number of people. There was no such thing as a low budget film in a way – they were all low budget compared to the American films.

NFF: So do you think there has been a big change in terms of the UK film industry compared to when you started?

It’s like everything; a lot of things have opened out. There are a lot of English actors living in LA. I never wanted to live out there, but I did spend an extended holiday with friends to help me get a better job, but I ended up getting myself a job as an American and that defeated the purpose a little bit. But it’s changed an awful lot. The problem with films is that there are a lot of highly funded American films and they pull in stars because that’s part of the budget costs, then you have a big drop off and then you get the low budget film. There are very few medium budget films around. Having a bigger budget has its own rewards because you’re guaranteed some kind of box office return, and then you take risks the further down you get and then you have to rely on film technique, directors, lighting technique, reputation etc.

NFF: So is that what draws you to a small budget project?

Usually with small budget films, there’s not much money attached to it and you are doing it because of the value of the project, work or the value of the director and it tends to create its own atmosphere. What was interesting with the Lord of the Rings (LOTR) atmosphere was it was like a small budget film, almost like a small family unit. I think it was Liv (Tyler) who said “this is the most expensive low budget film I have ever been on”, and we all kind of knew what she talking about, because it did feel like a low budget film even though it had mega bucks attached to it.

NFF: What’s been your fondest memory?

I loved every minute of every day that I was on Lord of the Rings.

NFF: What was the shooing schedule like for that film?
When I got there they had been shooting for 5 months. Then we kept going back; they had supposed to have finished but it wasn’t, and with a film like this there were bonuses and penalties attached, so Pete (Jackson)  had to finish at a certain time otherwise he faced a certain penalty,  so sometimes we pretended to finish early. Then we had re-shoots to do for film two, followed by promotions all over the world and then we would come back and do more re-shoots for film 3. Also, I stayed around between Christmas and New Year and spent time with my rider, and the better I got at riding the less and less work he had to do.

NFF: Did you realise LOTR was going to be as successful as it was?

No. I tell you the people who had least faith in LOTR were Newline. They sold this off the rights really cheaply as they were terrified it wasn’t going to work. We had perfect faith in Pete (Jackson) though.

NFF: Did you get asked back for The Hobbit?
No one got asked back for the Hobbit, unless their characters were being used. They wrote in Orlando (Bloom) and Elijah (Wood) and I spoke with Elijah quite recently and he said he couldn’t believe he was back in Hobitton.

NFF:So what has been your biggest regret?
One thing I do regret is not doing more directing. I have done bits of directing but I do regret not doing more. Ages ago people assumed I would go on and do this, but I don’t know why I didn’t, but there is something coming up which has a writer attached to it and there has been some trouble in getting it going and I have been given the chance to direct and star in it.

NFF: What are your thoughts on Titanic being released in 3D?
I don’

t know. I think Jim (James Cameron) will put lots more stuff in it which will come out at your face. He was pioneering 3D ages ago. I remember doing some work in America and Jim wasn’t there which was a shame because we got on really well. But, they were working on 3D then and I remember seeing this big bowl of sunglasses and I thought they were free, but they were actually high quality 3D glasses. They showed me an assembly of different films including Spy Kids 3. Jim Cameron had been back down to Titanic and had done some 3D filming and this was ages ago, so he had must have been planning this for a while.  But also he created some creatures from the depth and they were CGI and completed in 3D. I remembering watching these and I took my glasses off and thought life is a bit boring after 3D and I thought why can’t all films be in 3D?  But they explained at the time that people had been coming out of the theatre with headaches after 20 minutes of watching a film due to change in focal length. They were trying to address this and they seemed to have done this with Avatar.

NFF: Did you realise Titanic was going to be such a big hit?

No, not at all – nobody knew it would be this big. People were really worried about it, and people were  saying how do you know this is going to work? But I remember meeting up with some of the cast afterwards and discussed times people had seen it – 25, 40 times in the theatre and I met this one kid who had seen it 80 times. I remember saying you need to get a life kid, there is more to life than watching Titanic.

NFF: You had the opportunity to work with Clint Eastwood on True Crime, how was that experience?

Great fun! I’d work with him again because he’s got this interesting way about the way he works. He’s a considerate director; he knows how actors think and he’s massively quiet on the set and he’s got a gentle way in which he approaches the directing. He uses the same people all the time on his films – the wardrobe lady had done 38 movies with him.

NFF: Is the film industry what you were expecting?

I like it because of its availability and in a way festivals have helped to do that. Festivals are a valuable ingredient of that buying and selling of film. Also, it exposes where films are coming from. I’m a member of BAFTA and every couple of years I’m given different chapters/categories to view such as shorts, films not in an English Language etc, and what I like is every couple of years new chapters open up and films are becoming so broadly spread with increased variety.

NFF: What aspects of a small film festival like Norwich attracted you to get involved?

Same principles and same reasons as to why I did Analogue Love [a short film]. I like to get things going and spreading the film industry a little bit. I like that from the first day of filming you get the possibility of showing that film to someone who might want to buy it. Also, I think because of the area and eclectic mix of people in Norwich, a film festival has just been waiting to happen, and I want to be able to help where possible.

NFF: What are you working on next?

Getting my son through sixth form, that’s my big project!

NFF: Finally is there any advice you would give film makers?

Yeah, just do it! 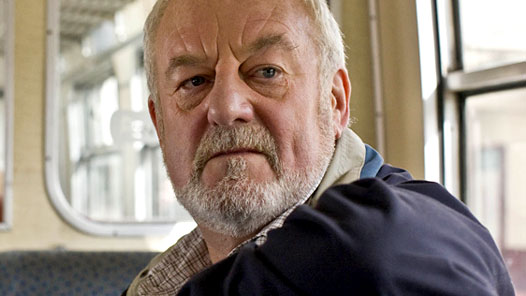