After months of preparation and anticipation, the 2018 Norwich Film Festival is finally underway! A lively audience filled OPEN Norwich for our opening night, and were treated with a special screening of the 1994 British thriller Shallow Grave. We were honoured to share the company of one of its stars, Christopher Eccleston, who participated in an insightful Q&A hosted by chief film critic Peter Bradshaw (The Guardian) at the film’s close.

If our audience’s reactions were anything to go by, the impact of Shallow Grave remains as powerfully felt to modern audiences as it was by those in the 1990s! Each spell of laughter at the film’s black comedy was swiftly broken by collective gasps as plot twists arrived, and each character’s loathsome nature became clear. Eccleston’s gripping performance remains a stand-out feature of the film, which only heightened our audience’s anticipation for the Q&A to follow!

Chris and Peter launched their discussion with their reactions to Shallow Grave. Chris reminisced happily about the excitement he felt about the script at the time, and noted the satisfaction he continues to gain from participating in projects “of substance”, like BBC1’s ‘The A Word’. He illustrated how his ‘social conscience’, formed through his working-class upbringing, has continued to inform his career choices.

The pair lamented the struggle that aspiring actors from lower-income backgrounds face to reach a prominent platform, without the financial backing necessary to attend drama school. Chris provided interesting insight into his own battles with self-doubt on entering the industry, and expressed gratitude to his parents for always encouraging him to pursue a ‘creative life’.

Chris entertained and charmed our audience with stories about playing Doctor Who and acting in Hollywood blockbusters. He modestly attributed his successful stint on Doctor Who to the writers he worked with, particularly Russell T. Davies. He expressed desire to watch the new series with his children, to view it through their eyes. 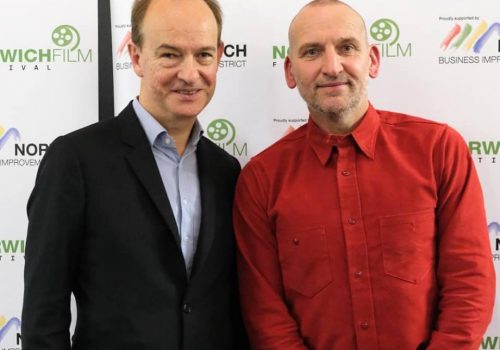 Much to our audience’s amusement, he recounted past meetings with critical fans: from those who accused him of “not being alien enough”, to those who celebrate him being “so bad that he’s good” in Thor and G.I Joe! The evening drew to a close with discussion of his current role as Macbeth on the West End, prompting Chris to reflect on how “exposing” theatre work is and the challenge of effectively conveying the meaning of rich language.

On behalf of the festival team, thank you to Christopher Eccleston and Peter Bradshaw for your time and support of the festival, and to our audience for attending. We hope to see you all at one of our upcoming events! 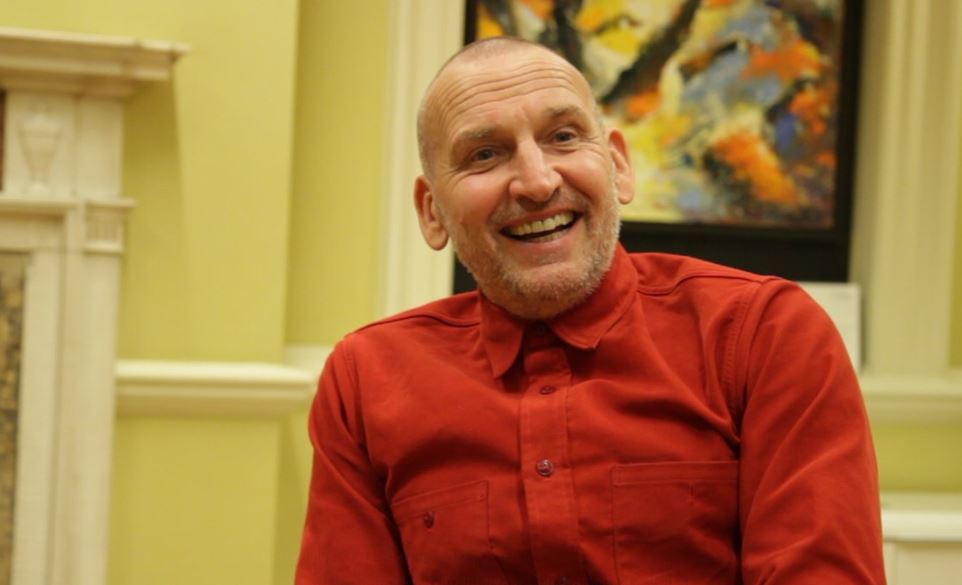