Mim has lived her whole life on a little island with her best mate Danny. Her life is idyllic but going nowhere and she fears she’s left it too late to grow up. She makes the impetuous decision to have a baby – surely a one-way ticket to adulthood? Not in Mim’s case, as she finds herself embroiled in a deeply unpleasant situation that no one could’ve foreseen.

In the streets of Delhi, five-year-old Hasan discovers the key to one of life’s greatest secrets. And the secret is, in the words of ancient Greek philosopher Aristotle, that “Happiness depends upon ourselves”.

The Beard is a dramatic film detailing a day in the life of an elderly Sikh who has been victimized as a result of his race, and how he chooses to deal with his given circumstances in the aftermath of the event.

Set against the backdrop of war-torn 1940s London, Stanley (Ben Walker, the Golden Compass), a homeless boy, discovers how far he must go to survive in a hostile world. But just how far will he go? After getting caught by a merciless Police Officer stealing food from a bombed house – in a time when looting could mean the death penalty, Stanley is forced to make a gut wrenching decision that will affect the rest of his life.

Naveen left India to chase his dreams in America. Today, three years and a recession later, his wife and son join him.

The whimsical journey of a mysterious vending machine dwelling creature who explores the shadowy corners of Tokyo after dark.

A postman in quiet English suburbia does his early morning rounds. He knows this street and its residents like the back of his hand, and today’s just another day, but for some reason, his mind is somewhere else… today it is all about 82.

This short film is an experimental-narrative that portrays and average and innocent young man, suddenly finding himself victim to famished and peculiar thieves.

After the publication of our Official Selection earlier this week, we are happy to announce the films which have been nominated for awards this year.

As promised, today we can officially announce which films have been selected for the 2013 Norwich Film Festival. We are […]

The Official Selection of short films to be screened at the 3rd Norwich Film Festival has been decided. The selected […] 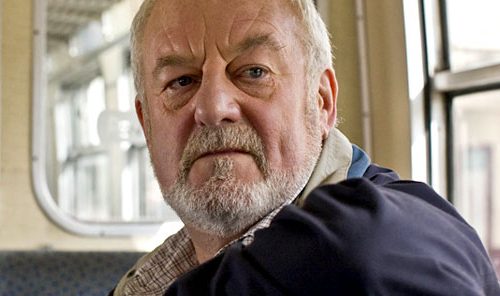 Exclusive: The Norwich Film Festival meets Bernard Hill to discuss his career, the importance of film festivals and his thoughts […]