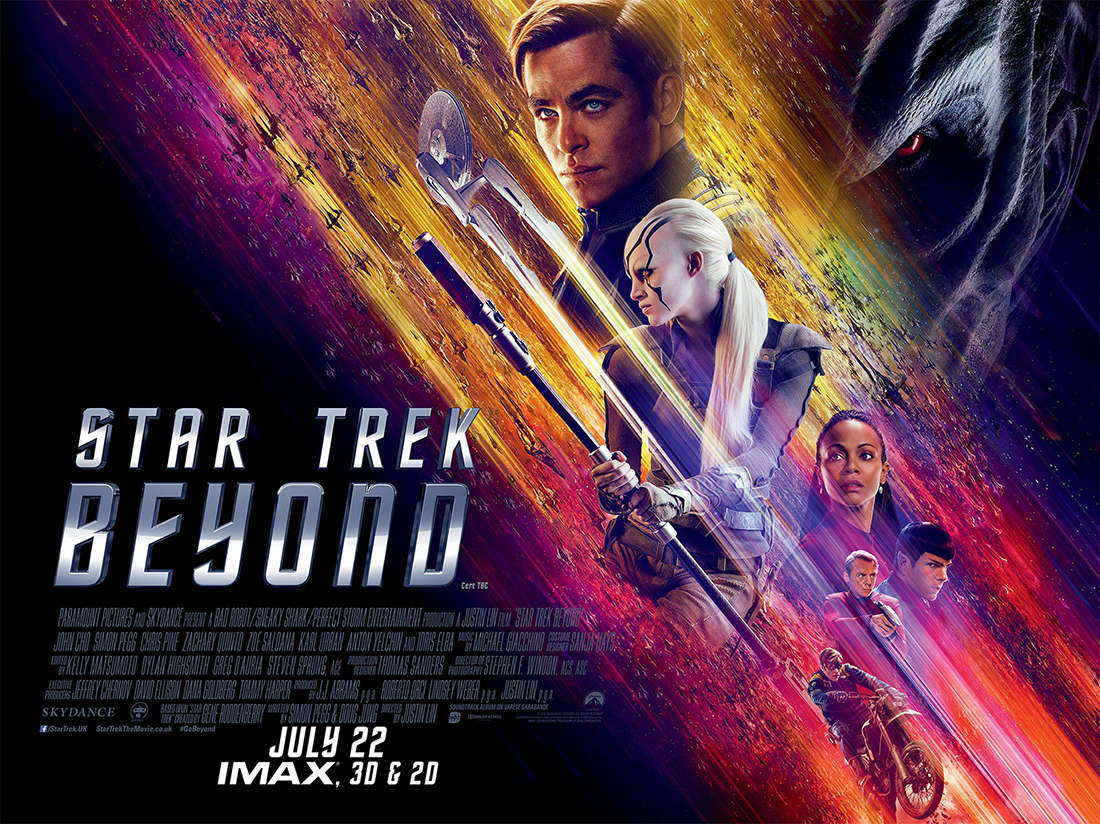 Each year a good number of high budget blockbusters are released – far too many for a typical cinema-going audience to keep on track of. Instead, in a true cinematic style, here is a picking of The Good, The Bad and, of course, The Ugly which has come out of 2016.

(This article is a collection of opinions shared by the writer and do not reflect the consensus opinions of the public and of others at Norwich Film Festival.)

The Good – STAR TREK BEYOND

Whilst the previous two films in the STAR TREK reboot franchise (STAR TREK (2009) and STAR TREK INTO DARKNESS (2013)) were seen as quite fun but rather messy films, the third instalment took a new creative team and outperformed all expectations with this fun sci-fi adventure. With thanks to the direction of Justin Lin (THE FAST AND THE FURIOUS 3-6 (2006-2013), and COMMUNITY (2009-2010)) and the writing of actor Simon Pegg (THREE FLAVOURS CORNETTO TRILOGY (2004-2013), and SPACED (1999-2001)), both working in roles they previously hadn’t taken in the franchise, this blockbuster turned into an unexpected success.

When the crew of the spaceship USS Enterprise find themselves trapped on an unfamiliar planet, they must use all their cunning and skill to survive. With much more respect and reflexivity towards the original TV show, coupled with great writing, effects and a particularly fantastic soundtrack by Michael Giacchino (THE INCREDIBLES (2004), and JURASSIC WORLD (2015)), STAR TREK BEYOND could teach all modern filmmakers making blockbusters a lesson or two on restraint and intelligence in cinema.

Runner up: ZOOTROPOLIS, for being both a clever social commentary and a great kid’s film.

Editors Comments: STAR TREK BEYOND is a great choice for a blockbuster to file under the award of ‘The Good’. 2016 threw lots of potential at us for’big’ films but some failed to hit the mark and left audiences disappointed and annoyed. STAR TREK BEYOND definitely delivered and revived a lot of sci-fi goers faith in the rebooted Star Trek franchise.

ZOOTROPOLIS serves well as runner up for this category. A film suited to both adults (with the continuous slew of 90s and 00s references) and of course for children. Bring on Zootropolis 2!

After BATMAN V SUPERMAN: DAWN OF JUSTICE (2016) was critically lauded earlier in the year expectations were low for SUICIDE SQUAD, another DC Entertainment production set in the same cinematic universe, yet the film seemed to turn out even worse than expected. With a directorial style less ‘stylised’ and more ‘eclectic’, David Ayer (TRAINING DAY (2001), and FURY (2015)) created a narrative mess.

A selection of supervillains including Will Smith (INDEPENDENCE DAY (1996), and MEN IN BLACK (1997)) as Deadshot and Margot Robbie (THE LEGEND OF TARZAN (2016), and THE WOLF OF WALL STREET (2013)) as Harley Quinn, is assembled to protect the world from even worse supervillains.The ‘Squad’ is soon put to work as one of their own goes rogue and threatens the existence of the city in a plot populated almost entirely by common superhero film tropes. Yet with such a rushed introduction to the characters, a boring plot and humour which feels uncomfortable to watch, the film seems undeniably as if it is trying too desperately to avoid repeating the failures of ‘BvS’. A decision which ends up worsening the film rather than protecting it from such blunders.

Runner up: INDEPENDENCE DAY: RESURGENCE, for copying the original classic yet forgetting all the fun.

Editor’s Comments: SUICIDE SQUAD will always be that superhero (or in this case supervillain) film which ‘could have’, ‘should have’ and ‘would have’. Even the extended cut doesn’t add the depth and success the film was promised to have. Here’s to hoping for an extended-extended cut to be released in the near future!

The Ugly – FANTASTIC BEASTS AND WHERE TO FIND THEM & ROGUE ONE: A STAR WARS STORY

Perhaps because of the proximity of the release dates, or the fact they are both revivals of popular film franchises with almost none(Editor: almost none) of the original cast or crew, or because the marketing campaigns relied more on the name of the property than the events of the film themselves, Both FANTASTIC BEASTS and ROGUE ONE felt like peculiarly similar films. Whilst neither was particularly bad – they were constructed with enough competence to not alienate an audience –they were both so full of audience pandering and lazy references to the original source material that they felt like films purely designed to make more money for the creators.

FANTASTIC BEASTS told the story of a wizard visiting New York City who gets drawn into a dark plot, and ROGUE ONE precedes the original STAR WARS: A NEW HOPE (1977) telling the story of how the Rebel’s stole the plans to destroy the evil Empire’s Death Star. Neither story was designed to shine new light on, support, or even challenge the original films at all. Instead, they both featured characters, concepts and constructs previously established in the films and, more importantly, known to be popular to fans, and featured these things in prominent roles. The climax of ROGUE ONE especially was full of fan-favourite creations fighting, such as the iconic AT-AT dog-like tanks which got audiences cheering yet, divorced from the context of their original appearance in THE EMPIRE STRIKES BACK (1980) where they had a thematic relevance in the story, their inclusion here seems a little contrived. This example is one of many – both films seemed to include many icons purely to please fans.

Runner up: GHOSTBUSTERS & JASON BOURNE, for doing exactly the same thing as the two mentioned above but to a lesser extent.

Editor’s Comments: Both FANTASTIC BEASTS and ROGUE ONE were successful films based in universes of highly successful franchises. Their ugliness might be noted for their unoriginality and lack of structure differences from their respective franchises. ROGUE ONE particularly was a film which filled in a major plot detail and allowed for the importance of this plot point to become amplified. Perhaps ALICE THROUGH THE LOOKING GLASS would have been a more apt choice for an ugly film of 2016. 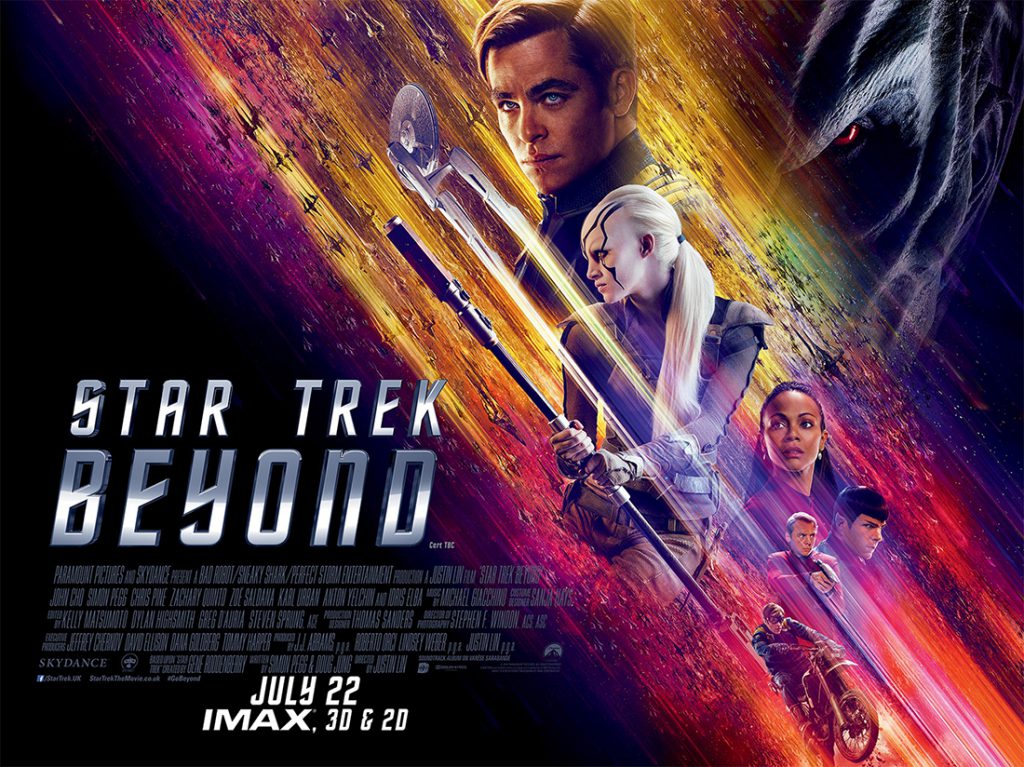