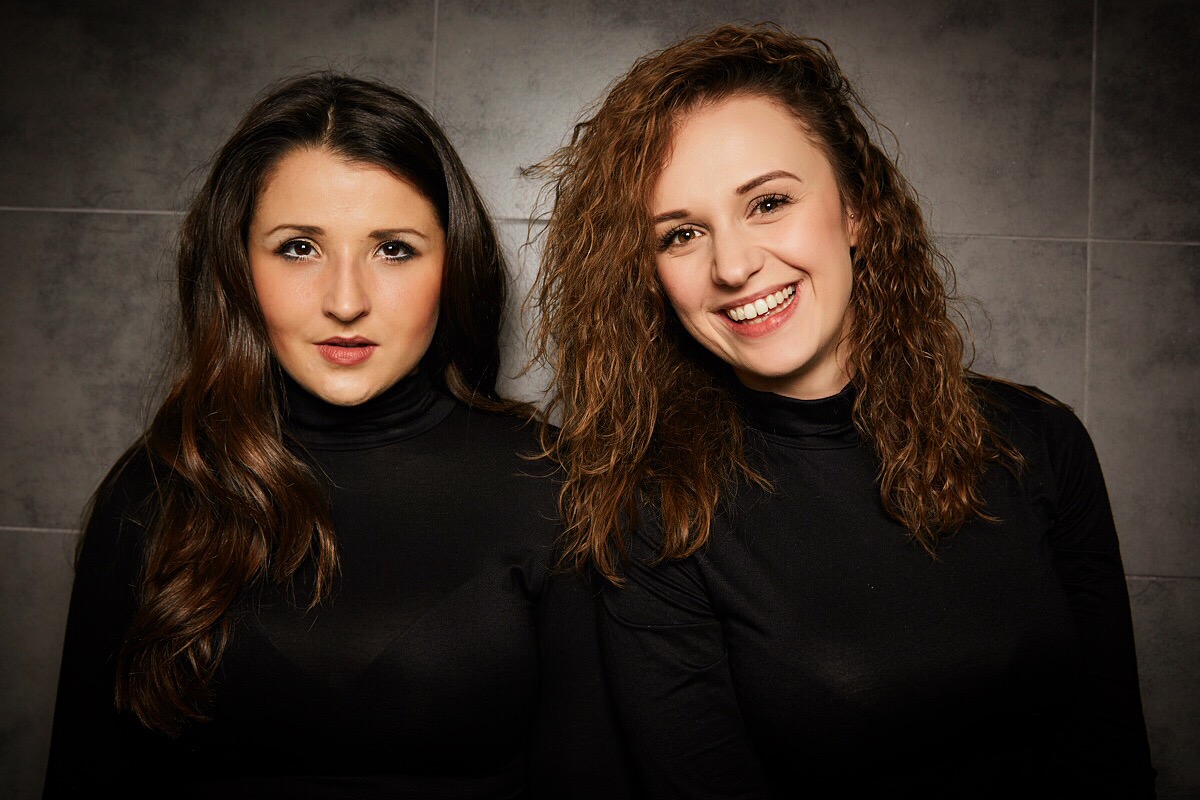 During November 2017 we saw the Norwich Film Festival award its prestigious prize of Best Short Film to the outstanding film Edith and we wanted to take a moment to catch up with the wonderful duo Sara Huxley & April Kelley (Pictured above) who are the production team behind this award-winning short.

As a film Edith explores how we move on from bereavements and how we make peace with our past and find something worth living for. The film features stand out performances from Peter Mullen (War Horse, Tyrannosaur), Michelle Fairley (Games of Thrones, Harry Potter, Suits) and supporting roles from Elliot Tittensor (Shameless) and Sia Bennett (Mr Selfridge). Directed by Christian Cooke and written by Ray Robinson.

NFF: My first question, is at what stage did you both become involved with the Project and what in particular attracted you to wanting to produce this Short?

We came on pretty much right at the start. Christian (Cooke), our director met Ray Robinson on the set of Electricity, where Ray’s novel had been adapted into a feature film. Christian then took it to Fiona Neilson of Mint Pictures, who has previously produced films such as 24-Hour Party People and Spike Island. She then reached out to us.

We were drawn to the project because it was something we had never done before, and we were excited by Christian’s vision. The bonus was the team that was already in place. We knew it was going to be an incredible opportunity to learn and be the stepping stone to feature films.

NFF: Producing a short film can bring about its challenges, and I was wondering if there were any obstacles/learning curves you had whilst making this film?

With this film in particular it was the locations. We’ve done our fair share of awkward projects that had multiple locations, night shoots, animals, kids… You name it we’ve mostly likely dealt with it. But Edith was a new challenge. We had never shot so far from ‘home’ before, that was the first hurdle as we only had one opportunity to recce and when we did it was a gorgeous autumn day. Fast forward to our January shoot and the majority of our locations were either completely flooded or snowed in. So, yes the biggest challenge was locations on this film, plus fighting with very icy weather conditions and remote areas with no signal. It’s safe to say we learnt a lot of lessons!

NFF: and equally what have been the benefits for you in producing this?

As we said, it was a real stepping stone to features… In terms of handling a bigger budget, big talent, managing a larger crew, multiple unit moves and locations. We experienced all the standard learning curves which happen when you take on your biggest project to date. But more specifically one of the biggest benefits was to work with this calibre of cast and crew, including our amazing editor Marc Richardson and our post-production team. This immediately raised our standard of work, and made the film gain interest from people and festivals in a way we had never seen before. That really helped with Mini’s exposure.

NFF: You have an incredible cast in the film, including the brilliant Peter Mullen and Michelle Fairley – how easy was it to attract this cast?

Christian always had Peter in mind for the role of Jake. Fortunately, they had just worked together on the television series Stonemouth, so there was a strong link there. Once Peter was in place, we worked with Tamara Notcott to find our Sheila; having reached out to Michelle Fairley she said ‘yes’ very quickly because she wanted to work with Peter!

Sai Bennett is a friend of Christian’s. Elliott Tittensor had worked with Fiona (our exec) previously… And just like that the jigsaw puzzle of casting came together!

NFF: The Film is directed by actor Christian Cooke of Cemetery Junction and Witches of Eastend fame. At what stage did Christian become attached to the project and do you think his experience in front of the camera aided the story telling of Edith?

Christian was the main and initial driving force behind Edith. He approached Ray, took the project to Fiona and as a result brought us on. His acting background definitely helped for Edith, he knew how to interact with the cast in a very special way, having always been on the other side of directing. Christian is extremely creative and his visionary approach to the film was prominent from the get go.

NFF: As we know Independent Film is vital for the UK Film Industry, how easy have you found it accessing finance for your shorts? And in particular funding Edith.

Ooft, well that’s the million-dollar question, isn’t it? And if the answer was black and white we have no doubt we’d be shooting short films every week.

Every time a new short lands on our desk we stop and ask ourselves “is this film commercially viable?”. We appreciate this sounds like a strange question to ask because we all know short films aren’t your money maker, but it is just as important to go through the same process of analysis as you would with feature films as ultimately you work on shorts for no money (or sometimes lose money!) and you have to ‘sell’ and market them on the festival circuit to at least reap the PR benefits afterwards and strengthen your portfolio for when you take the leap into features. The profit with short films isn’t the money you’ll make, it’s how many audiences you’ll reach. When we produce a short film we think of the world we can create around it, in terms of additional materials and social media outreach. This is why we created a whole slate of shorts films to hit the different festival circuits.

NFF: What has been your experience for the ingredients you need to make a good short film?

There’s many a cliché to cover initially here. First and foremost, it comes down to a cracking script.

In our experience, a writer and a director who are willing to drive the project as much as us, who will put their blood, sweat and tears into it. An outstanding cast will always put a short on a higher playing field and finally a diverse crew, with a 50/50 split between male and female.

NFF: From your experience so far what tips would you offer first time Short Film makers out there to get into the industry?

Our top three would be:

1. Make sure there’s budget left for marketing and festivals!
2. If it is your first time, best to keep your life simple and keep it to only 1 or 2 locations with minimal cast.
3. Let ‘no’ fuel you. There’s nothing better than doing something someone thinks you can’t do!

NFF: What is next for your team?

Well, well, well, we’re now delving into the world of features. One is called Murder Fans which is written and to be directed by BAFTA nominated Nat Luurtsema. Britain’s first gay divorcee consoles herself with a Divorce Party in a serial killer’s house but events go too dark even for her and her true-crime-loving friends.

We also have another feature called Love, Sex & Killing which is an amusing horror written by BAFTA nominated Raymond Friel and directed by the awesome Henry Scriven. We pitched it last year at Frontiers (Fantasi Festival) in Montreal, it’s taken a bit longer to develop but we’re excited by how it is progressing.

We are also working on two television projects, one called Hangout which follows a bunch of young, rule-breaking misfits fighting the dark-web of online, cyber crime. The other series is called Annie Waits. We did a short teaser film last year which has now on to win multiple awards and screen at over 60 festivals worldwide.

NFF: And finally, what advice would you give filmmakers who are submitting to Film Festival’s?

As we said before, it’s pivotal to make sure you have budget for film festivals submissions. We personally, as producers, think what’s the point of creating a film you’re very proud of for it to never be seen by audiences?

They are totally worth the submission fee so long as you do your research on what type of festival they are. There are now a lot of niche festivals and each festival has their own terms and conditions – make sure you check those out before submitting.

And finally, make sure you take the time to get to know the festivals and organisers behind them. They like to keep track of filmmakers and encourage them to keep coming back. It’s a great way to build a network. 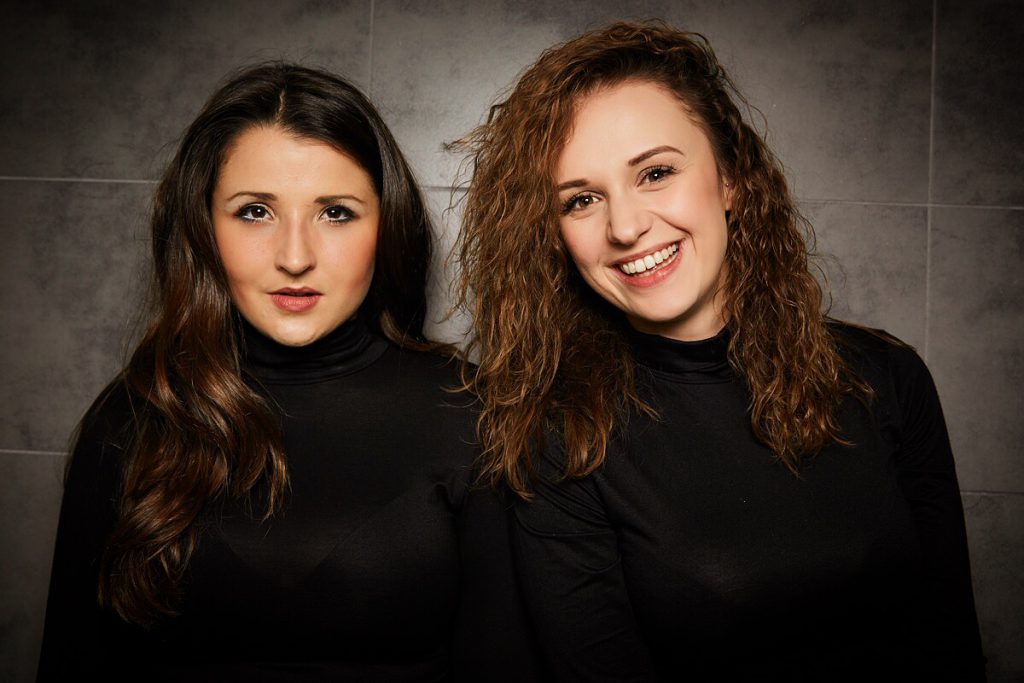